Digitized Comics Unavailable (or in Alternate Locations) on DC Universe Infinite: A Directory

If, in the future, titles that are currently on the lists are pulled, then they will also be removed from the lists.

The only two remaining DC/Dark Horse/Aliens/Predator crossover collections available digitally are DC Comics/Dark Horse: Superman and Dark Horse Comics/DC Comics: Justice League Vol. 2 (though I suspect that these two will be pulled themselves at some point in the future, so get 'em while you can!).

14 long-time missing issues have finally been added to DCUI!

BIG thanks to @HubCityQuestion for making this possible. I banged my head against the wall repeatedly about this for almost a year-and-a-half, but only HCQ was able to get this done! Thank you!

There are still a few issues that are technically “missing” from DCUI, in that they are available for sale on Amazon, but let’s just say that they are “missing for a reason” and leave it at that. That being the case, and under the belief that these remaining issues are not likely to be added to DCUI any time soon, I am officially retiring my Issues Missing From DCUI list (for now).

Divergence #1 not on dc universe infinite?

That was a collection of three of the DC Sneak Peeks, all of which can be read at the links on my list:


The Just Imagine Stan Lee series has been added to DCUI in its entirety, in two collected editions: 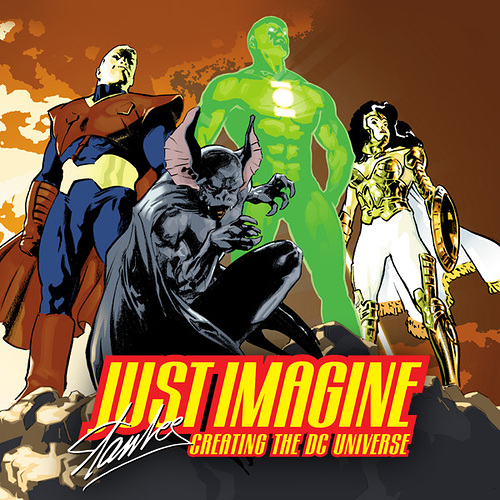 In 2001, the unthinkable happened-Stan Lee, the comics creator most synonymous with Marvel, reimagined DC’s greatest heroes with a lineup of comics’ greatest...

Thank for this link, the Showcase for this series on the home page has zero books in it.