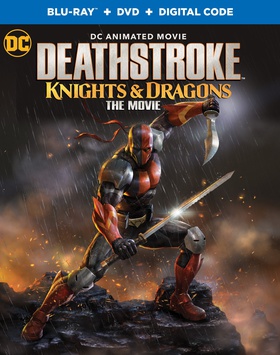 Has anyone seen the new movie yet? I saw that it has pre-released on VUDU and wondered what everyone thought of it. I was hoping to get a good review for it before I watched it.

Does anyone know if it will be on the site in 3 months? I would love to watch it on here.

Story summary that’s vague enough to not spoil anything

Ten years ago, Slade Wilson-aka the super-assassin called Deathstroke-made a tragic mistake and his wife and son paid a terrible price. Now, a decade later, Wilson’s family is threatened once again by the murderous Jackal and the terrorists of H.IV.E. Can Deathstroke atone for the sins of the past-or will his family pay the ultimate price?

The movie departed from the in “house” style that DC has given us over the years after Flashpoint Paradox. I wasn’t a big fan of the style but in this movie the character outlines reminded me of Archer with how little detail there is and the boldness of the outlines. Backgrounds of locations like California or Washington DC looked really static and ugly.

The animation feels/looks a little bit wonky when characters walk/run but surprisingly, the fight scenes are done well. Strikes have weight and impact to them and quick characters feel quick. The violence is also pretty damn graphic but makes sense given the context (bullets are fired and bladed weapons are swung)

I’ve only read Priest’s run of Deathstroke but in the film, his depiction was strange to me. Instead of a cold blooded mercenary that answers to the dollar, he actually has morality. Again, I haven’t read much of him. They do have characters related to Deathstroke’s lore though which I thought was cool.

That’s cool. I kind of figured based off the animation style, that it would be a bit more simplistic detail-wise. I’m pretty hyped to see it.

Yeah, there have been a few times where Deathstroke has had his own twisted sense of morality. But it’s usually to the point we’re you can just tell he’s evil.

Yeah, there have been a few times where Deathstroke has had his own twisted sense of morality. But it’s usually to the point we’re you can just tell he’s evil.

The thing with this depiction is that, Deathstroke is still a mercenary but only wants to kill targets he thinks are bad people instead of anyone with a paycheck. It’s weird hearing him say stuff like, “You’ve enslaved your people! I’ll never work for you!”

I think the movie has solid voice acting and some pretty good, brutal fight scenes but the plot isn’t much to write home about.

It’s good to hear that the movie is pretty good. How ya been @Bukdiah? I haven’t seen you around. Hope all is well.

@TravisMorgan Been doing OK! Trying to get a new job during the pandemic though and it is proving to be quite tricky. I lost my Hero status so I cannot get involved in Iceberg Lounge shenanigans anymore!

@Bukdiah Good luck on the job search! Bummer about the hero status. I thought once you had the status it stayed for iceberg lounge access.

@Bukdiah Hey man, there’s a thread about people losing their status as part of a glitch. You might want to check with the mods and see if you got bumped because of the glitch. 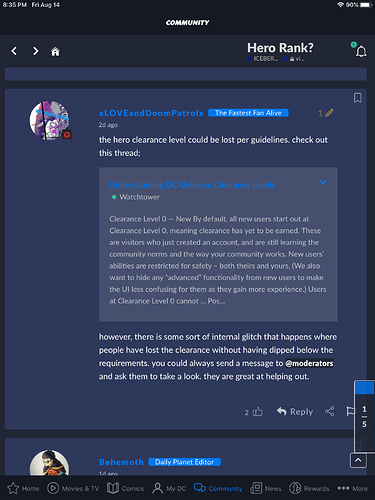 …You mean we can be Iceberg bros again?! I’m on it

Ping me in the lounge once you get back in.