@ajsmead I’m on the hunt for the Batman Forever Batman Pop.

Are you aware of which physical stores carry him? I haven’t seen any of the Batman 80th Anniversary Pops at Target. I’m thinking he’s to be found at comic/specialty stores, Hot Topic, Box Lunch and the like.

The DC Funko Pop that I’ve been trying to get for the longest time is the 66 Riddler Chase. When the Batman 66 Pops were first released I checked all my local stores but none of them had it. When I travelled to other places I looked for it and still nothing. I tried ordering it online a couple of times, but unfortunately each time I received the normal 66 Riddler even though the sellers had it listed as the Chase version. Because of theses experiences, I’ve given up on trying to buy it online. I can only hope that one day, I’ll accidentally stumble across it when I least expect it. 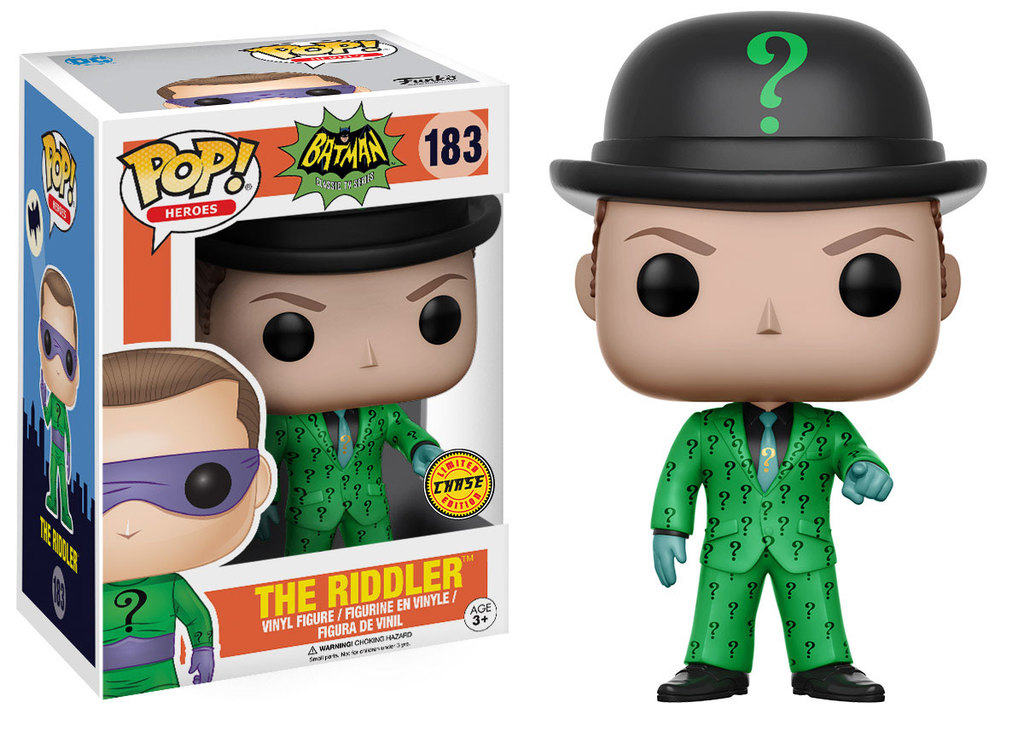 Anyone know if they are going to release one of Damian?

@TheBattoman Thanks for the info. Now I’ve got a reason to go to Barnes and Noble.

I’m just going to move this over to the Collectors Corner. That way it’ll be easier to find for other collectors to check out too!

@behemoth I’ve been waiting for a damian forever!!!