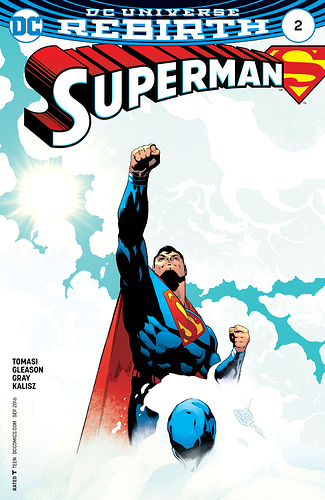 Happy New Comics Day Superfans, and welcome back to the shining, cloud-soaring return of the DC Universe Superman Book Club! We’ve been on hiatus for a few weeks, so it’s time for a rebirth and who better at leading a rebirth than Superman?

Here’s the skinny on this week’s goods:

Brand New Superman Comics for the week of February 12th, 2020: 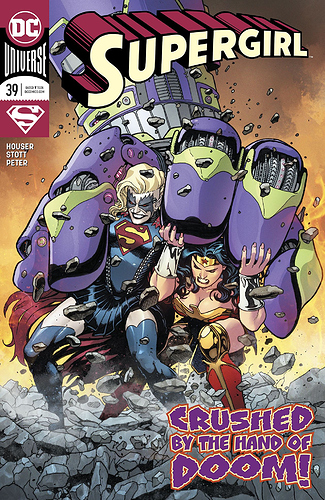 image1280×1968 1.74 MB
After the Lasso of Truth reveals something unexpected about Supergirl’s infection, Wonder Woman is quickly running out of ways to try to bring Kara back peacefully. Making matters worse, the government has sent robotic military backup to Smallville to deal with the possible atomic threat of Infected Supergirl-and neither Wonder Woman nor Supergirl is prepared for the innocent casualties this could mean for the town. 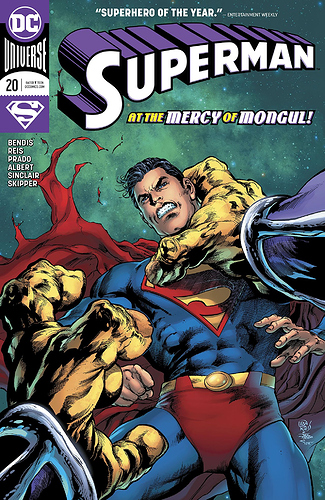 image1280×1968 1.95 MB
The United Planets is a perfect, beautiful idea…that completely flies in the face of everything the barbaric Mongul has been fighting for his entire life. Mongol will destroy the United Planets and Superman with it. And he said something about using Earth as his toilet. Which doesn’t sound very nice. The return of one of Superman’s biggest and baddest villains…bigger and badder than ever! 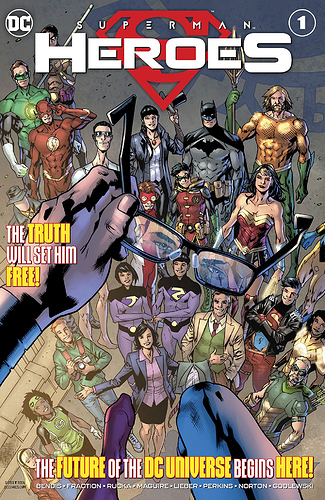 image1280×1968 1.82 MB
Lois Lane, Jimmy Olsen, the staff of the Daily Planet, even the Justice League—their lives all changed when Superman revealed his secret identity to the world! This unique Superman experience explores what the identity of Clark Kent meant to those close to him—and what their relationship to Superman will be in the future.

New to DC Universe Superman Books for The Week of February 12th, 2020:

Adventures of the Super Sons #7 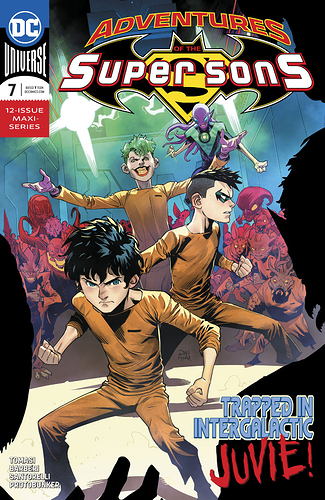 image1073×1650 1.08 MB
Locked in an intergalactic juvenile detention facility, Superboy and Robin meet the youngest…and meanest…Green Lantern ever! Well, sort of a GL. Mostly a GL. Really more of a trainee, but don’t tell the bad guys, okay? Plus, Joker Jr. returns…the clown who may be the boys’ last, best hope to stop the Gang! 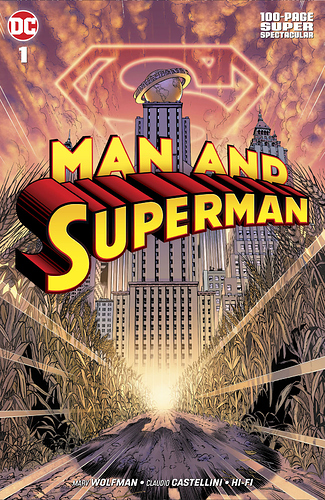 image1073×1650 1.31 MB
“This is the best Superman story I’ve ever written.” So says living legend Marv Wolfman, and when you’ve written hundreds of Superman stories as he has, it means a great deal. This gem of a tale—written and drawn from 2006-2009 for the SUPERMAN CONFIDENTIAL series—explodes from the DC archives as a triumphant tale of Clark Kent’s fateful first days in Metropolis, which were far from easy. His early failures almost ensured there would never be a hero called Superman. Powerful writing and stunning art combine to conjure an inspiring story that needed to be published, one you will never forget, from a pair of master storytellers. 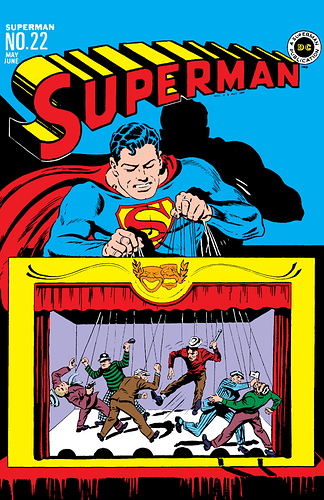 image1072×1650 987 KB
Clark Kent investigates the mysterious crashes of military aircraft manufactured by the Elmont Aircraft Corporation and discovers that their test pilots have reported strange elves invading their cockpits. 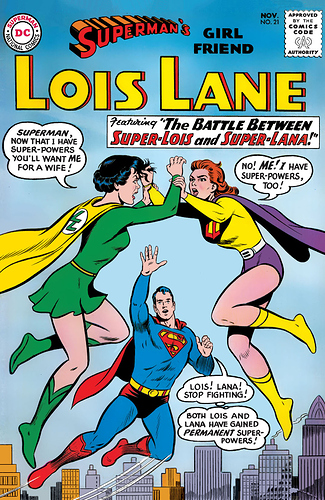 image1074×1650 1.04 MB
The Anti-Superman Gang builds Lois Lane dolls so they can hide a bomb in one and destroy Superman’s Fortress of Solitude. Lois and Lana gain superpowers and decide to fight it out for Superman’s hand in marriage. 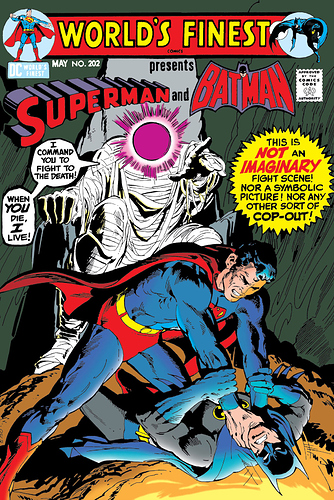 image1104×1650 1.25 MB
Lois Lane, Batman, and an archaeologist are taken prisoner in the Middle East by a bandit chieftain who has bent a defective Superman robot to his will, and are set to unearthing the tomb of the mysterious ancient Malis.

There you have it, Superfans! This week’s reading selection, your choice of what to watch and a heads-up on brand new Superman comics as well as brand new to DC Universe Superman books! Read, watch, discuss and as always, ENJOY!

Love all the new additions to the place @Vroom. Looking forward the discussion here.

The new Superman is first on my read list for tonight, then Superman Heroes. I also immediately downloaded the Lois v Lana issue when I saw it pop up this week. And, I’m wondering why the lady at the comic book store didn’t give me Supergirl. Finally, did you want to transfer our new Superman ongoing discussion to here or are we keeping the ongoing thread?

I see you replying, type faster!

Steve Trevor has all night

I’ve slipped from funny to jerk, it happens

@msgtv You’re welcome to keep your Bendis-based Superman thread going. In all honesty, there’s no such thing as too many places to discuss Superman, so to quote the airline attendant that Steve Martin didn’t get along with in Planes, Trains and Automobiles:

I’m good either way, no sense of ownership, I just enjoy the discussion. I can argue that keeping all Superman in Superman club is easier and gives a destination. But, that means blurring discussion of current issues and maybe people who for some bizarre reason don’t check this area out don’t get into the discussion.

Superman for every one, way and where! Wunderbar!

Rebirth! I’m in. Need to brush up and then dig in

I will be discussing Bendis on @msgtv’s Bendis thread. Nice to keep that all in one place. And if we decide to do more Bendis here, I’m all for it as well.

Like the new additions @Vroom. Thanks for the hard work

I’m so excited! I’ve already read this last year, but I’m excited to discuss it again!

I’m excited to read this again as well.

This is a good arc and a strong introduction to the run. I was worried about Krypto for a moment there, but things turned out fine in the end.

Alright! I’ve read this before but interested to seeing how I feel about it after a second read.

I’m with you there @Jay_Kay.

A quick pop in is deserved by the stand alone Rebirth issue. This is a really nice bridge between New 52 and Rebirth. There was much to like about the New 52 Superman, including its depiction of Lana Lang who rightfully appears here. But, those of us reading Clark and Lois knew who the “real” Superman was and that he was quietly fighting the good fight. Here Clark pays homage to the sacrifice of the New 52 Superman, consoles Lana and sets us up for Rebirth without rejecting what came before. A few images tell a great story of the Supermans teaming up and hitting in a beautiful way the iconic moments of Superman’s life. 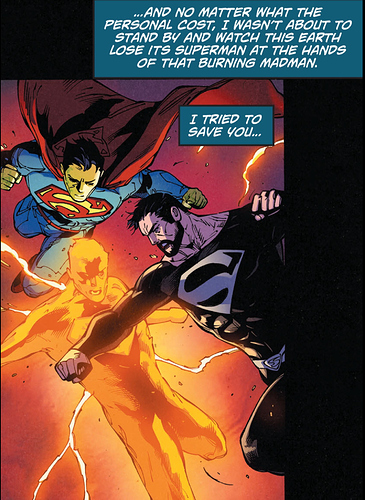 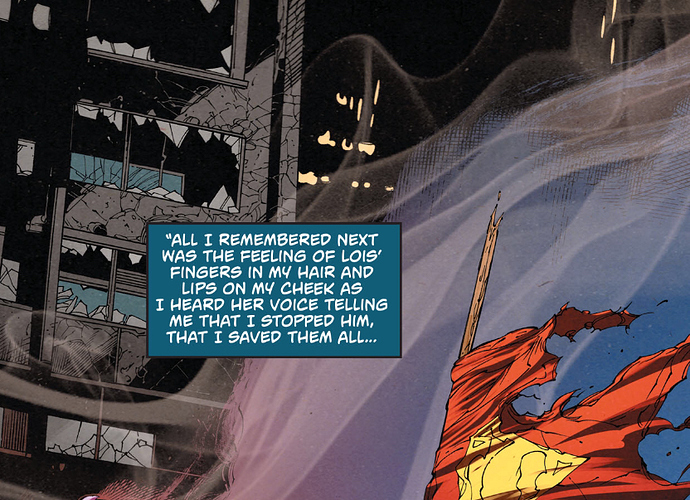 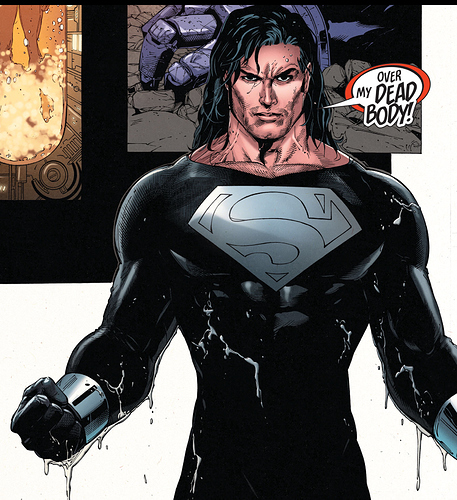 That stand alone issue was a particular favorite of mine because it was everything a story bridging two eras should be or at least it was to me. It honored what came before without destroying it and gave both Supermen their due. I loved it.