Dc universe should give question his own series

I think question should get his own dc universe series because I’ve read some of his older comic books and loved them
I feel a lot of characters deserve some spot light because I lot people don’t know some of these amazing characters because they haven’t been seen in a while or they just couldn’t understand these characters.I never knew much about swamp thing but after I started watching the series i got into it and started reading swamp thing comics but the point is I think The Question deserves his own series 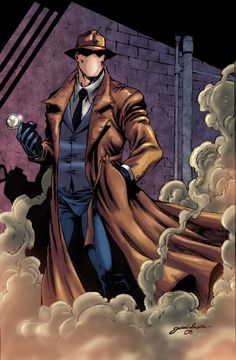 You’ll get no arguments from me.

That would be cool. Even an animated series would work for me.

We’ll be getting some new content from DC’s Black Label at least. 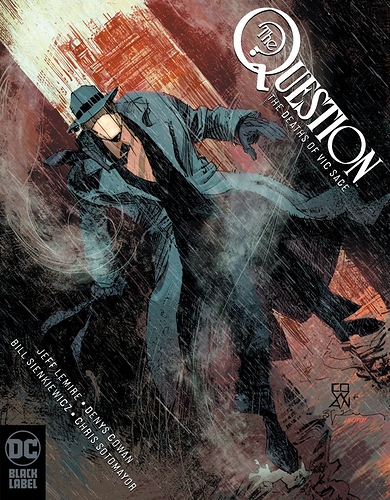 With both Questions, this is a very doable show. Go deep into conspiracy land. Budget friendly too

Honestly, when I was reading O’Neil’s run, I just kept thinking that if you used the script for a show, it could basically be DC’s answer to Daredevil.

EXACTLY, @BatJamags! I have been saying this for YEARS. @msgtv is on to it, too. Basically my dream Question TV series feels like Daredevil for the first season or two, and then gets into True Detective territory when Montoya is introduced.

If I could see one dc character get their own series it would be the question. I always pictured it as an organization instead of an individual. Using the group setting to explain the different origin stories from the books. I mean Vic savage has had three wildly different backgrounds then theres Rene Montoya. Not to mention He’s inspired by a character named Mr.A and Rorschach in turn is based on him. I say use bits of them all and make them sort of an anti-Illuminati. Think Sherlock meets conspiracy theory with a touch of zero effect.

I mean, my only problem is the Watchmen series is basically doing that already with Rorschach. I don’t want to be seen as ripping them off.

While the interpretation has changed, I think the Question works better as somewhat of a solitary figure. Not necessarily completely alone, but neither Vic nor Renee was all that good at opening up to people. They could work with someone temporarily, and formed a few close friendships (including each other) out of pure stubbornness, but don’t really seem like team-player types.