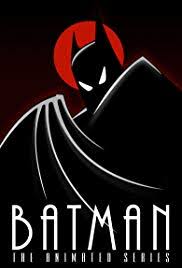 Sorry for how things didn’t work well for the All Star Superman Discussion, still feel free to comment your thoughts and discuss on that thread over the week. But things should be better this week!

That’s right. We are dive into the amazing villains shown in Batman: The Animated Series!

Based on how things went last time the format is changing. Throughout this week we will watch three villain focused episodes of Batman: The Animated Series (see below for details) and discuss them with the questions below. The discussion will be from now until Sunday November 17th when the new discussion will be posted.

We will be watching the following Episodes of Batman: The Animated Series which can be found on DC Universe:

We will discuss these episodes throughout the week. I will post next thing we are watching on Sunday, November 17th. Comment below what you think we should watch next and enjoy the show.

Discussion will Take place on this link:
https://community.dcuniverseinfinite.com/t/batman-the-animated-series-villain-discussion/215963

What a great club topic!

Penguin is without a doubt my favorite villain and my favorite quote from the show is Bruce asking a question, “How much is a good night sleep worth? Now there’s a riddle for you.” From episode If you’re so smart, why aren’t you rich?
I think what really stand out for me was when I first saw the show and seeing Man-Bat for the first time and Batman had to fight him. I had never seen a show like that before!
While watching this show as a teenager, I learn alot more about Batman’s main villain like Killer Croc, Clayface and Ra’s Al Ghoul. Sorry no Egghead, Bookworm or King Tut.
As for Batman being on trial, I would say no, cause he’s really try his best, look at the episode ‘I am the night.’ He try to help Gordon and when he was late, he blame himself. By the way that has to be his best episode!
As for the Mr. Freeze episode, the writers really outdone themself making Freeze such a tragic villain and giving him a reason to be who he is.

Great thoughts. It really is an amazing show. In my opinion best portrayal of Batman in any tv or movies.

Good choices for your inaugural week. This is by far my favorite television series of all time.

Despite having seen the episode at least 6 or 7 times, Two Face’s segment on “Almost Got Im” still has me on the edge of my seat every time!

It’s really hard to isolate a best villain from the series, but I’m especially partial to the Clayface episodes

Wow this selection was amazing. Did anyone notice he lost he utility belt (or just didn’t have it) in ever episode?

I really don’t think I could justify mr. freez’s actions
I really felt bad for him though.

In almost got ‘Im I enjoyed two faces story. Could someone tell me if that is actually the origin of the penny? I would get Batman probably by using Alfred. (How unoriginal of me, I’m pulling a knightfall on Batman (again))

I didn’t much care for The Trial.

This topic was automatically closed after 6 days. New replies are no longer allowed.