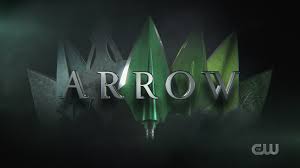 This week we are diving into the show that sparked a whole universe (or Arrowverse). Arrow has had a great impact on the genre over the last eight years and definitely will continue to through the other Arrowverse shows for hopefully a long time. The ending to this incredible series was incredibly rewarding for longtime fans, bringing in characters from other shows and past series to say goodbye and even confirming a longtime fan theory about a certain space cop and a piece of flashy jewelry.

WARNING: This thread will contain spoilers for both the finale and the Crisis on Infinite Earths crossover

After you watch the episode that marked the end of an era, write what you thought in the thread below and feel free to use the following questions:
-What was your favorite moment/line in the episode?
-Which character appearance did you like the most?
-Who’s arc did you think was wrapped up the best?
-What was your favorite season and episode of Arrow overall?
-Do you think this is a fitting episode to wrap up this series?

What was your favorite moment/line in the episode?

John “I don’t know what the future holds, except to say expect the unexpected. Oliver may be gone but his mission endures. That mission lives on, Oliver lives on in the people he inspired. Some will take that mission to the rest of the world, maybe even beyond that. Because if the last 8 years has shown us anything, it’s that this universe is far bigger than any of us could have dared imagine, even if it is less bright without him in it.”

It shows how Arrow set up this entire universe of characters and stories and possibility. Even with Oliver gone, and Arrow ended, the impact can’t be forgotten.

I am also so triggered by him saying “bright” because of the green lantern oath. He would be a great GL because he understand that oath and deserves his time to shine.

I always love to see Thea but was also really happy to see that Moira has lived and Felicity came back for the finale where she got her happy ending.

-Who’s arc did you think was wrapped up the best?

Diggles was wrapped up well while also allowing his story to continue in a new way. His arrow story may be over but his green lantern story is just beginning.

-What was your favorite season and episode of Arrow overall?

I think my favorite season was 2 because I love Sara but 3 was good as well and the ending of 1 was great. I loved the dream sequence episode during the dominators invasion where we got to see the “what if” for Oliver. It made my Oliver/Dinah shipper heart so happy though for Arrow it became clear that Felicity was the right choice for this version.

-Do you think this is a fitting episode to wrap up this series?

I think it finished Oliver’s story while showing his impact on the world. He became a hero by the end of the show and was known and respected for it.