My niece loves this show and is anxiously waiting for the next season to begin. Not to be confused with the series of short films under the same name, which she doesn’t care for. She and I sat side by side last weekend and watched the entire season on Netflix and I noticed something. Now there are six main character, teenage versions of Batgirl, Wonder Woman, Supergirl, Zatanna, Bumblebee and the female Green Lantern. And for a kids cartoon it is really good, with good stories and action. But what I have issue with is Karen the teenaged Supergirl who comes across more as a teenaged Powergirl. I know it is silly, but has anyone else noticed that?

Yeah that part is really weird but good show still

Lauren used the version of Supergirl she made earlier in SBFFS which got a good response.

I’m partial to the old DCSHG Kara which is a nore classic Kara Zor-El, but I love Laurens version too.

what I have issue with is Karen the teenaged Supergirl who comes across more as a teenaged Powergirl. I know it is silly, but has anyone else noticed that?

I love DCSHG. It’s quickly becoming one of my favorite DC animated series of all-time. I can’t wait for the Netflix deal to expire and we could get it on DCU. It would be a great fit.

Supergirl is really a take on PowerGirl, look at the figure for a start. I can see how she’s not the classic, sweet Kara Supergirl. However, I think she is a good balance for the characters in the group. She is the antithesis of Bumblebee and Jessica Cruz GL. Hot tempered and always ready for a fight. She also works as a good foil for Diana.

(I would have made her more punk than heavy metal, but that’s just my personal preference.)

Oh yeah, I love the Karen character as is. I’m just saying she is Powergirl, not Supergirl.

My daughter loves it. She’s been watching them on YouTube, but now has binged the series several times a day since it his Netflix! I did find that a bit strange about Supergirl, but this is nowhere near made for Comic fans, this is for young girls who might have never watched or read anything comic related before.

My niece texted yesterday happy as can be because the show just added more episodes. So when I got home I checked them out and viola. In one episode Karen takes on the Powergirl persona and she is freaking awesome. She is the perfect physical build, perfect face, perfect hair and perfect attitude. I am hoping we see more of her later on.

Yep, saw the new episodes on Netflix about a week ago. I’d love to see the next installment of DCSHG move Karen to PG permanently. Especially as a choice to get out of her cousin’s shadow.

It would be a real growth arc for her, IMO. Especially now that they’ve both introduced PG into the world.

I just started it the other night. The Netflix version that is. I was so happy Zatanna & Cruz are involved.

It’s a fun show. I’m enjoying the episodes and the shorts.

I could not imagine this series working without any of them.

This show is really enjoyable for anyone. But yeah, I agree with your point about Powergirl

LOVE the current DCSHG show from Lauren Faust and so many other talented creators. 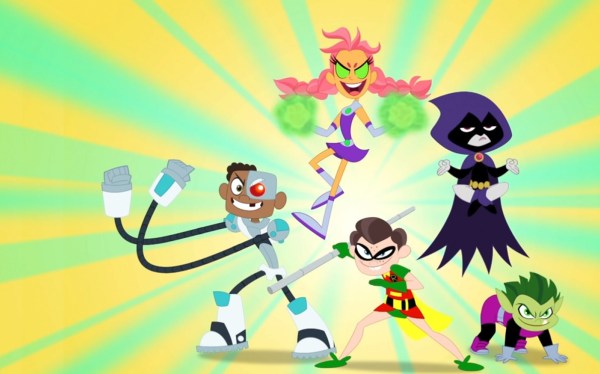 I really wish they would bring STATIC 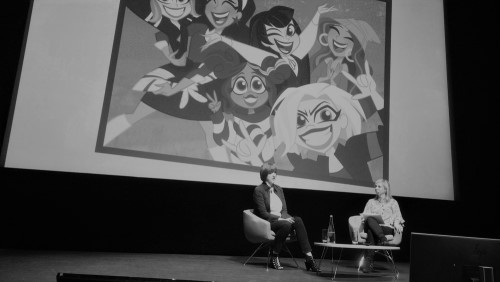 Great show and dig that you and your niece enjoy it. Thanks @nathenleeturner.16315!

I hope they bring more established DC characters in the show. I think it would be cool to see Doom Patrol characters make appearances, and maybe some Superfriends characters like Apache Chief and Black Vulcan. And I also think it would be great to see the Super Hero Girls take on Mr. Nobody (with Alan Tudyck doing the voice)! Imagine Zatanna going up against him!