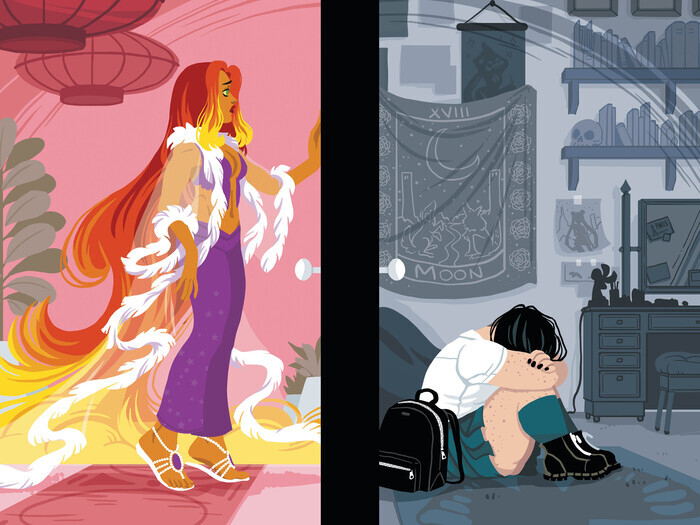 Next summer, New York Times bestselling author Mariko Tamaki is teaming up with talented artist Yoshi Yoshitani to debut I Am Not Starfire, an original young adult (YA) graphic novel that follows Mandy, the daughter of Starfire, as she navigates the highs and lows of high school along with the pressure of having a DC Super Hero for a mom.

Check out what Mariko and Yoshi have to say about “I Am Not Starfire” and their collaboration, as well as some more sneak peeks at the amazing artwork! 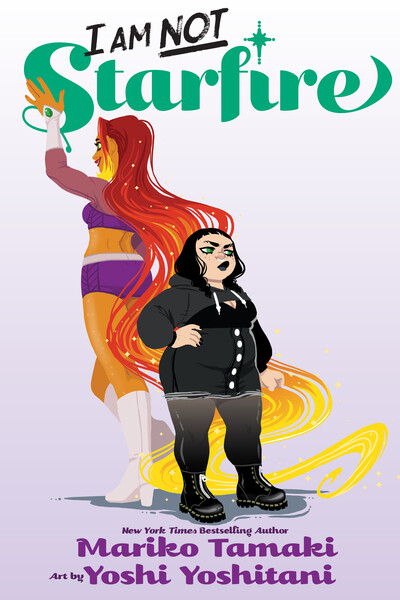 Mariko said, “I wanted to work on a book about finding power in what you are (versus focusing on what you aren’t)." Which got us thinking about our favorite DC characters and their powerless loved ones. Relationships like:

What are some DC character relationships you can think of that have this unique dynamic of superpowered/powerless? Let us know in the comments below!

Would platonic relationships work for the question?

This looks pretty cool! I may give it a shot, especially if it shows up on DCUI.

To answer the question: Green Arrow and Black Canary.

And this looks great. I’ll have to look it up when it comes out.

Batman and Superman. Sure they squabble but there best buds.

As for this. Looks awesome™

. The art is amazing.

Lois has always been Clark’s equal–or even better when it comes to journalism. She’s the best investigative reporter in the world. She’s never taken anyone’s crap when going after a story, and if throughout the decades she needed Supes to come to her rescue it was usually because she was about to blow the lid off corporate and political scandals, organized crime, and super-villains. She’s done more with less (that is not having super powers or some gimmick) than any other supporting character in the history of the medium. Her only equal would be Alfred Pennyworth.
And for the record, it’s not demeaning to be saved by Superman. That’s his job.

Definitely Red Hood and Bizarro from Rebirth back when the creative team had no problems with them being a team with a bonding family dynamic.

DC has been absolutely on fire (pun intended) with these amazing female-centric YA novels. Can’t wait for more!

I hated is so much when they broke up. They were such a great family of outlaws.

Me too, Jaytemis is unnecessary, at least in my opinion, as well as Isabel, we do not need her.

Didn’t mind jaytemis much but liked them more as good friends. I barely knew much of isebel since I haven’t read the previous RH stuff yet only rebirth on here so didn’t really know much to care​

You didn’t miss much. And I agree on the good friends thing. I just can’t see them together romantically.

Green Arrow and Black Canary came to my mind as well. Then I started thinking about that period of time where she didn’t have powers but if I remember correctly they weren’t doing great at that time. 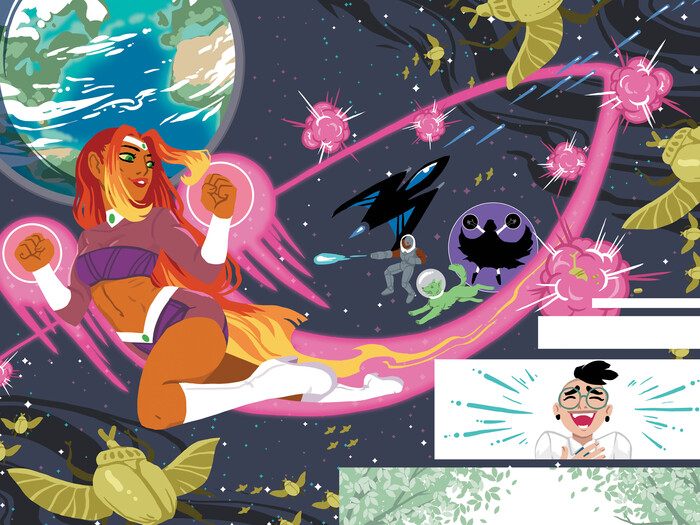