Mezco’s “Five Points” line looks to be introducing some DC figures. The Fwoosh is showing a picture of Superman, Clark Kent, Lois Lane and a Mechanical Monster based on the Fleischer cartoons. Also see a Robin and Joker in their pics.

Link to The Fwoosh:

Mezco had some new offerings from the 5Points and One:12 Collective lines on display last night. The 5Points line are smaller scale figures with limited articulation. Think vintage Star Wars or 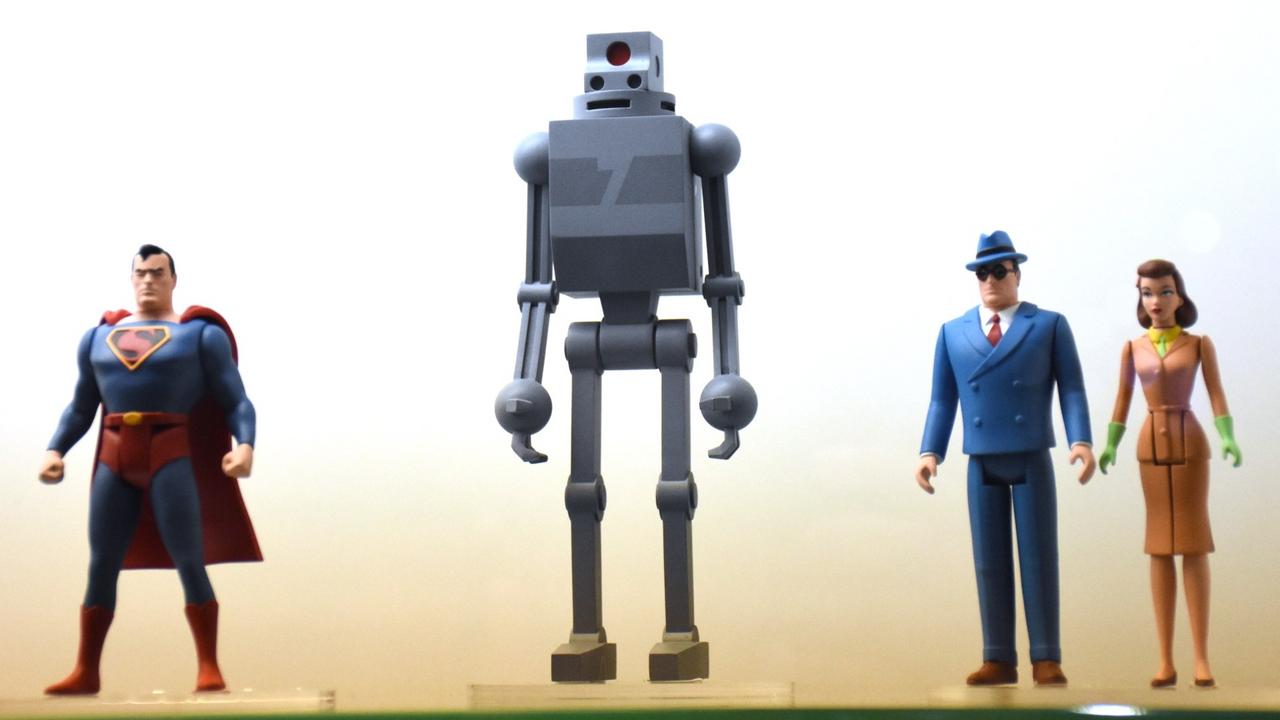 Toyark has much better pics up. There is an entire line of Batman 66 including a Batmobile.

I want Clark and Lois, that is so cool

The Fleischer Superman finally gets another figure! Huzzah, Zoidberg is happy!

looks at pictures, drools even more

I really hope this 5 poa line is more in scale with Superpowers then the 3.75 star wars.
Either way I am all in on the these superman figures. I hope they make a series of 1950’s TV series figures. I’ve always wanted Parry, Jimmy, Lois and Clark as toys since I was a kid. Only time anyone made an was DC Direct in 7 inch scale Silver Age line up.

Strange that Batman 66 gets another go at a similar form factor since Funko very recently did retro Batman 66 figures.

@Slimy_the_Super_Snail, agree it would be cool to get some George Reeves love. Apart from a couple customs, I don’t think I’ve ever seen a figure or statue of him. Dean Cain as well.
The Batman 66 stuff I might bite on…since I’ve ignored everything that’s come out based on that show so far.

Adventures of Superman and Lois & Clark figures in the style of these Fleischer pieces would indeed be nifty.

These are incredible! I want all four of them