I was at Five Below today and saw that they had a decent selection of DC Multiverse action figures for $5 each if anyone wants to check out their local store to see what they have. I saw Batman, Wonder Woman, Rick Flagg, Batwing, The Atom, and Duke Thomas, and I think there were a couple of others. 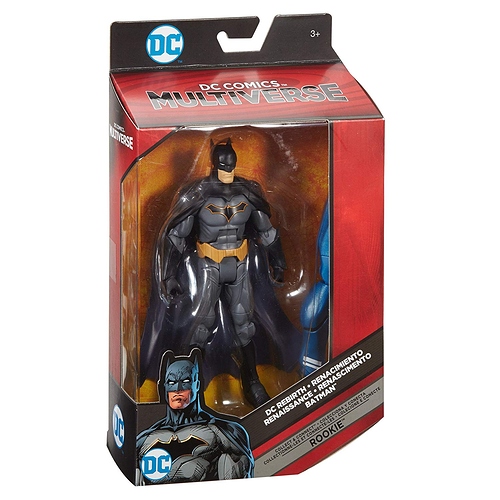 They’re also getting the formerly Toys R Us exclusive JL movie Aquaman and Parademon figures for anyone interested.

I found bags of comics there

I also bought a bendable Harley figure from the animated series

You guys are right they do have a decent selection of DC merch around the store most of the time. In the past I have bought T-Shirts, mugs, writing pens, and even a Wonder Woman coffee table book called Wonder Woman: Ambassador of Truth. They usually have comics baged (4 comics per bag), too. Oh, I know what else it was that I saw this time that I for got to mention. It was DC Super Hero Girls action figures. I only saw Wonder Woman and Batgirl, though. If they had some of the other characters I probably would have bought them.

That’s awesome. What’s $5 under? We don’t have those where I live. I grab from context it’s a $5 and under store but I’ve never heard of it? That’s awesome tho, we have dollar stores I found my mini Batman Arkham Asylum with Grundy and blue and grey mini bats same deal with Clayface at one. $5 a piece, selling for $60 and up on Amazon. Someone shoved them under a rack to hide em, probably to come back for em, but I jumped all over em.

@ djd187.81432 Yeah, Five Below is a closeout discount chain store and everything they sell is $5 or less. They have an online store too but you have to be fast on the draw to get anything good. They sell out fast.

Bloodviolet, awesome, thanks for the info,I literally will look for their website the more sites the better to find a good deal!

Yeah we actually have a couple those stores here in the Central New York area. I’m definitely going to have to go check this out . I usually stop by at least once during the Christmas season!

Central New York huh? I live right by Akron and Canton and Cleveland. I know that sounds confusing but I’m in a spot where I’m 5mins from Akron/Canton and about 20/25 minutes from Cleveland. We have Dollar store, Ollie’s, Homebuys, and Big lots as places to find cheap figs etc.

How do I add a picture

Applejack helped me, go to tinypics.com & follow instructions. After u get pics uploaded u click on pic & it will give u 4 codes on your left. I learned the hard way, despite it asking for the url, u need to copy the very bottom one ( I forgot what it says ) but copy the very bottom left code. Then go to this site & paste in the spot where it was says url. It will show pic & ask if u want to upload. Click yes & btw u have to do it from a pc u can’t upload from an iOS device but dc is working on fixing that.

Unless u meant to your profile in that case u go to my dc, change profile, choose pic.

I got two stores just opened near me, I’m going to check them out. Thanks for the heads up