Hey everyone! I want this thread to be about things people love about the current DC film universe! Please no negativity, harrassment, or obnoxious postings! If you don’t have something nice to say, don’t say it.

1:) I love that they took some chances and changed things from the status quo or from the comics, such as Lois Lane knowing that Clark is Superman right from the get-go. 2:) I enjoyed them showing the struggle young Clark had with his super-powers. 3:) I was very happy to see them pay homage to classic comic stories, such as “Death in the Family” (with the Robin costume in the Batcave). 4:) The changes to Barry Allen they made were fantastic. Making him this nerdy, awkward kid was just great. 5:) The actor choices for Silas Stone and Commissioner Gordon were outstanding. 6:) The Wonder Woman movie was awesome. Chris Pine was the perfect Steve Trevor. 7:) I really, really like how Justice League started to move in a different direction and even made some “inside jokes” about Dawn of Justice.

Some constructive criticism I have, and my ideas on what they could have done to improve things: 1:) Have a younger Batman, and maybe only have 5 or 10 years under his belt instead of 20 years. 2:) They could have explained or elaborated a little more for the laypeople on that “Martha” scene in Batman v. Superman. 3:) The Death of Superman part of “Dawn of Justice” felt a little bit rushed. They should have spent more time on it. 4:) I think Jonathan Kent’s character was very morally confused, and did not set good standards for Clark. 5:) Hopefully they explain more about why Wonder Woman refused to intervene to help mankind from 1918 to 2016. 6:) Justice League needed more of Darkseid.

I love Ben Affleck as Batman, I love how connected the world is, and I love that I don’t need to watch close to 20 movies to be caught up in this Universe.
Yes I think DC was moving a bit too fast at first, but Marvel was moving way too slow.

Batman v Superman is the greatest superhero movie of all time in my opinion. So much universe building all in one movie. I’m believing for WB to #ReleaseTheSnyderCut to see the SnyderVerse Superman trilogy to complete the Superman story-arc as he originally intended for it to be seen. Also absolutely pumped for the future DC movies. I’ve been hyped for Aquaman since they announced it nearly 4 years ago. Wanna see some live-action Thanagarians on the big screen sometime, one day we might get it.

I love the CASTING. The JL characters are awesome, I’m stoked for Shazam. I love Ben Affleck as Batman - and I was a skeptic at first. Henry Cavill looks so much like superman that it’s uncanny. I can’t wait to see more of all of the characters - especially Ray Fisher as Cyborg. And let’s not get me started on how much I love Gal Gaddot as Wonder Woman. Oh! And Laurence Fishbourne as Perry White was awesome. I loved ALL of the amazons. It’s amazing that how well even the minor characters are cast. Viola Davis as Amanda Waller in Suicide Squad stole the show for me. She was the best Amanda Waller I’ve ever seen! I still have chills from her performance.

I love the COSTUMES and special effects - especially for Wonder Woman and Superman.

In my opinion, DC’s MUSIC is the best music in the Superhero genre right now. Hans Zimmer really brought it for Superman’s theme song. And I listen to the entire Wonder Woman soundtrack while I work because it’s so inspiring.

Definitely agree on Zimmer’s music! It is amazing that he was able to give Superman a second iconic theme to go with the one he already had! A true maestro!

I liked Man of Steel and wanted to see where they took that character in a solo sequel. Batman also felt very intimidating. Oh, and I wanted to see more of Deathstroke​

I actually liked Jesse Eisenberg as Lex Luthor. I liked that he wasn’t the common Lex at first. He just continued to descend into madness the more he appeared. I feel like the character could have been great if given more chances in future movies.

Yes, yes, and yes! Still hoping against hope we see Cavill return. Still think there’s a balance that can be struck to please most fans!

Seconded! I thought he was great. His scenes with Lois, Clark, and Batman in the last third of the film are great!

I like the decision to make Batman older. It gives him a clear role in the Justice League–assembling everyone together to found it–while giving the filmmakers a way to write him out of future stories instead of having to explain why this mere human is getting involved in things that he’s unequipped to handle. Along those same lines, I appreciate that both BvS and JL showed Batman to be fairly useless in a battle when compared to his metahuman peers. It serves as a nice contrast to his effectiveness against mere mortal gunmen.

I said this in another thread recently, but I really like the direction that WB is taking the DCEU. They’re really trusting in the artists that they hire to make films that are first and foremost artist driven. I’m not a Snyder fan at all, but I could see where studio interference may have tarnished his films. Not that I think they would have been all that revolutionary if Snyder had complete control, but they certainly would have been better. And, since Snyder left, DC has released Aquaman, Shazam, Joker, Birds of Prey, and soon to be WW84 and The Batman (I know Joker isn’t DCEU, but it’s important to show the growth of WB in trusting their directors).

Let me just talk about some of these directors real quick. Aquaman was directed by James Wan, a director mostly known for horror movies like Saw, and The Conjuring. Aquaman was one of the first DC movies relatively well received by the public (along with the earlier WW movie). It didn’t get everything right, but it was DC’s first step in the right direction. Next, DC came out with Shazam! which has been my favorite DCEU film so far. In a similar way to Aquaman, DC trusted David Sandberg (a director mostly know for relatively low budget horror films like Lights Out) to a big budget superhero movie starring one of DC’s campiest characters. While Joker was more decisive, it was also so clearly the collaborative vision of director Todd Phillips and lead actor Joaquin Phoenix that I found myself appreciating it’s uniqueness more than anything. Birds of Prey, again, tells a story that is colorful, vibrant, and soooo Harley Quinn. While us fans critique it for being more of a HQ story than a BOP story, it was still very much a project driven by their core artists—director Cathy Yan and cinematographer Matthew Libatique.

This leads me to the up and coming movies and why we should be excited for the future. First, Wonder Woman 84 looks, at least to me, to be slated to be the DCEU’s best movie yet. It’s highly stylized, vibrant, and just bursting with character. The first Wonder Woman was already great, but you can tell it was reserved in some respects. It was very much a traditional superhero film. At the risk of trying to infer too much about a movie from the trailer, I think WW84 is going to be fantastic. Then, we have The Batman. I think this movie along with the new Wonder Woman could single-handedly (dual-handedly?) sway the public perception on the DC-Marvel debate. I really hate those arguments, but the public seems to really like them. Anyway, here’s the one reason why The Batman may be the best Batman movie to date: Matt Reeves. Known mostly for movies such as 10 Cloverfield Lane, and the recent Planet of the Apes trilogy, Matt Reeves is one of the most underrated modern directors. From what we know, he’s planning on taking a noir/detective angle on Batman, which is what basically every Batman fan has been begging for since the beginning of time. Screw the fancy gadgets! Who cares about the batmobile! I want a ground level, gritty Batman story that really sinks into the character’s psyche and detective skills. He’s also got Robert Pattinson as Batman. While many questioned this decision when it was leaked, I think this could be a really good choice for the role. Since his (infamous) role as Edward in Twilight, he’s really built his resume as an actor—taking on a bunch of roles in independent films where he’s seemed to have flourished. Needless to say, I think he’s got the chops for the role.

Whew! That was a rant. Thanks for getting down this far, hope you’re doing having a good day

Loved over half the films! Plus, as someone who is tired of SUPERMAN AND BATMAN, I like all of the the movies that don;t have them!

BvS was crazy good. The Doomsday fight is maybe the most gorgeous thing ever put on the big screen.

The trailer to Suicide Squad is one of the best trailers ever made.

The canary cry in Birds of Prey was beautiful, as was the death scene at the end.

Just here to say that it was so nice to see Henry and Ben featured on all the DC social accounts today! Hope it leads to more for Henry as Superman! 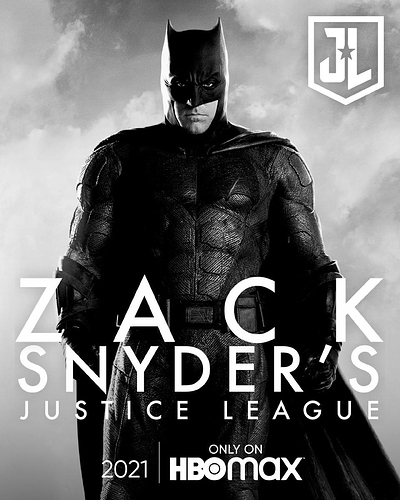 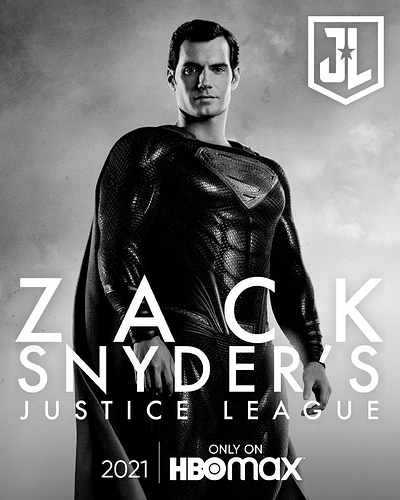 Henry Cavill looks so much like superman that it’s uncanny

Yes, and Henry Cavill is perfect as Clark Kent 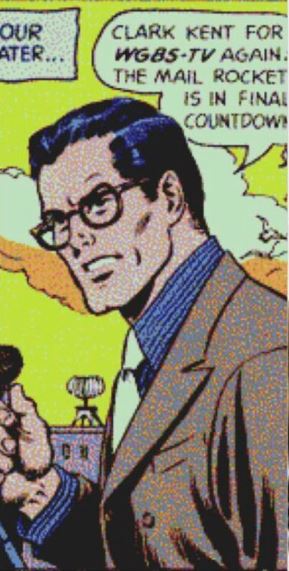 Hooray. I’m so happy to see positive posts like this. I really loved the initial batch of films, particularly Batman v, Superman. I enjoy the newer ones but to a slightly less degree (Justice League not withstanding). But in no particular order…

BVS is the worst one by far.