This was for the DC Universe Year One art event they had back in September. So I wanted to do something quick and fun since is was kind of busy at the time. But ended up getting so busy I never finished it. Now that my schedule has been lighter and I found this unfinished so I decided to finish it. Enjoy.

From left to right top row then left to right bottom row.
Harley Quinn Smith-holding the turtle from the soup and standing on Orm’s helmet which she has mentioned before that she hates.
Whitney Moore-holding a pic of the bat and cat Hush kiss for secret answer number 3.
John Barrowman-holding the Aquaman figure from when he displayed his collection.
Brian Tong- doing the DC Universe tutorial he did.
Amy Dallen-representing the book club with year one’s classic Tally ho.
Tiffany Smith- who got moved down a bit because of the Tally ho. She is holding a card to show the magic that’s been on DC Daily.
Sam Humphries- holding the crow from the Cajun Wager.
Samm Levine- with a road map for his road show.
Clarke Wolfe- standing on wrong mountain still used in DC Daily to this day.
Hector Navarro- leaning against a DCTV from when there use to be the DC TV segment.
Markeia McCarthy- holding the sweater bunny guy from the LEGO DC Supervillains demo.
John Kourounis- on the interview chair representing all the interviews on DC Daily.

That’s it. Enjoy the trip down DC Daily memory lane. 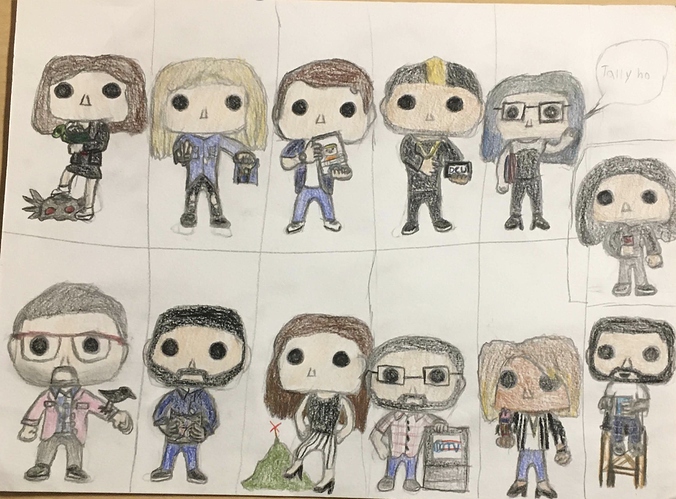