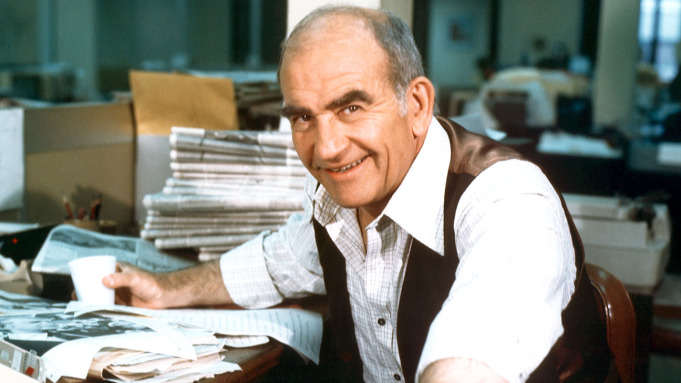 When we think of Ed Asner, the first thing that comes to mind is Lou Grant, Santa Claus or a Animated character he played.
Just a few years after playing Lou Grant, Asner gave voice acting a try and must’ve really enjoy it.
With so many characters he played, here’s my 3 picks he played that I really enjoy watching… 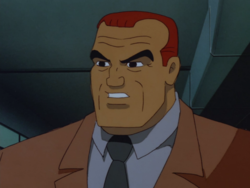 In Batman The Animated Series he played Roland Daggett, Daggett could’ve been a boring character, Asner does a great job playing him. Daggett is a crime boss who wants to control things and have it all whether it’s a make-up product or a cure for animal virus. And if Batman catch him in the act, he’ll act all innocent. Daggett has been in 5 different episodes, so he’s a good villian, it’s a shame that he was never brought back for The New Batman Adventures Series. 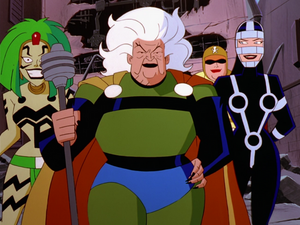 Granny Goodness
I remember when watching the episode of ‘Little Girl Lost part 1 & 2’ episode from Superman The Animated Series, I was taping the episode, and when I pause the credit to see who played who, like Mark Hamill with The Joker, I was shock that Ed Asner played Granny Goodnes! I think Asner really had fun with this role, changing his voice a bit to sound a little creepy.
He does amazing job playing her. Because of him playing Granny, I was hoping on Smallville Granny would be play by Robin Williams using his Mrs. Doubtfire look, but was disappointed they hire a old actress. I think they really miss a point with the character.
Asner would play Granny again in Superman/Batman: Apokolips. 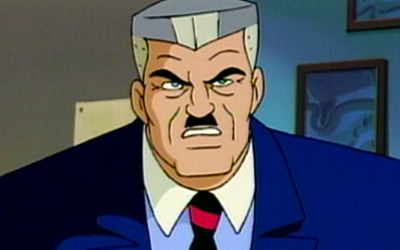 J.Jonah Jameson
I know he belong to Marvel comics, I think Jameson was one of Asner best role ever in Spider-man. He had a perfect voice for it.
He also played Perry White in All-Star Superman. That was a good role for him as well. Feel free to leave a comment on your favorite character that Asner played.

Besides Lou Grant, the first role that comes to my mind when I think of Ed Asner is Carl from Up. He gave such an incredible, touching performance in that movie. But then Ed Asner was a great voice actor. I thought he was incredible as Granny Goodness. She’s probably my favorite villain from a DC animated project besides The Joker, all because of Ed Asner’s performance.