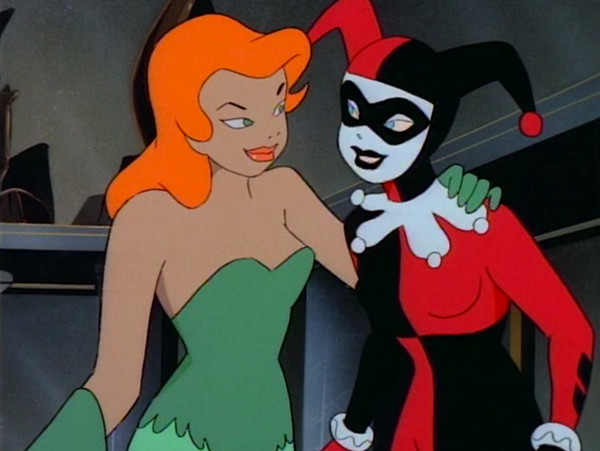 Hello everybody, As Harley Quinn series is about to reach season Finale, I thought this week we’d look back when they first team up in Batman: The Animated Series in the episode ‘Harley and Ivy.’

And here’s a link for 2 Comic Books that they work together, 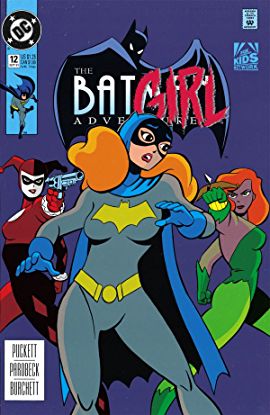 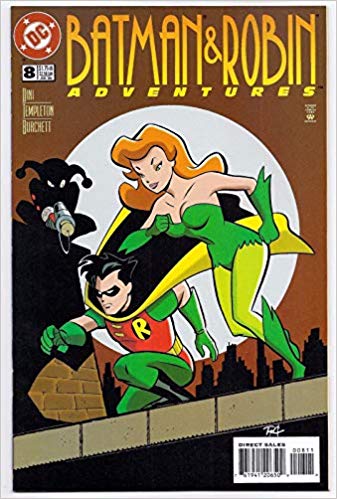 Here’s some questions for this week topic…

That’s it for this week, Thank you so much for joining my club, and those who want to join please go to DC Animated Club Thank you.

Here’s some questions for this week topic…

Thank you for putting this together. I enjoyed reading two books I normally would not have thought of reading.

Do you think in the ‘Harley and Ivy’ episode is a breakout role for Harley Quinn?

Certainly. While she’s shown up and had good moments in previous episodes like “The Laughing Fish” and “The Man Who Killed Batman,” I think this is the first time we really see the show give her something really substantive. Though I would say that episodes like “Halrequinade” and “Harley’s Holiday” are probably stronger episodes for her because it actually stars her far more.

Which team up you like better, Joker & Harley, or Harley & Ivy?

“Team up?” Is that what the kids call it nowadays?

Seriously, I would say Harley and Ivy are the best partnership, if not purely because it’s actually a partnership. While one can argue that Ivy isn’t a saint in terms of relationships and probably has some abusive tendencies in her, she’s far better to Harley than The Joker, who just looks at her as more a trophy or a toy than anything.

Poison Ivy been around long before Harley, Do think she’s a better villain working by herself or with Harley?

Define “villain.” The reason why I say that is that in recent years I think Ivy is one of those characters who walks a tight rope between villain and anti-hero. After all, her cause is understandable – she wants to stop mass pollution in the world, it’s a valid cause. Before Harley, she was more likely to be cruel and uncaring about the humans that are, in her mind, killing the planet. But with Harley at her side, it gives her a bit of humanity, it give her someone she’s not willing to kill to save Mother Earth.

So I guess this is a long-winded way of saying in some ways her relationship with Harley might make her less of a unrepentant villain, but I think that only serves to give her character more dimension and depth.

Which of the 2 comic story you like the best?

In terms of Harley/Ivy dynamics, neither of them are fantastic. The Batman Adventures #12 is really more focused on Batgirl and later Catwoman, and Harley and Ivy don’t really factor in too much. I don’t think Harley even does anything other than be the first person that Barbara knocks the eff out.

Even the other characters felt odd to me. Barbara – odd continuity when it comes to later episodes like Shadow of the Bat aside – felt way more unsure of herself than I would expect and I didn’t like the idea that she throws the costume away at the end. And Catwoman, I don’t really see her as the kind of rogue that uses goons – she always felt more like a lone wolf, irony aside.

Art was nice though, and I’m 90% certain there’s a Love and Rockets shoutout which made me smile.

Batman & Robin Adventures #8 was stronger in terms of Harley/Ivy dynamics, though that in some ways felt kind of toxic and not a great relationship. Harley is clearly jealous of Ivy’s new boytoy and Ivy is exceptionally cruel to Harley in the process.

I wanted to say Thankyou to everyone for leaving your comments. I really enjoy reading them.

Hopefully you’ll like next week topic and will try to make it better…
@darkstarz25, Hope you get a chance to watch ‘Harley & Ivy’ someday, it was this episode that pretty much started all. And Thankyou so much for your comment.

Please tune in for next week topic, ‘World’s Finest.’

Thank you @Penguinfan78 for putting this together and I can’t wait for “World’s Finest”! One thing though, what are your answers to the questions you have asked for this week’s installment?

Good Question, I’ll get to that later tonight.

@darkstarz25 wanted me to reply to the question I ask, and here’s my answer.