Hello everybody and Merry Christmas, Welcome to DC Animated Club Christmas theme, while Bullock is not too happy about being Santa Claus, I thought I’d start with a music before we start, maybe it’ll cheer him up… 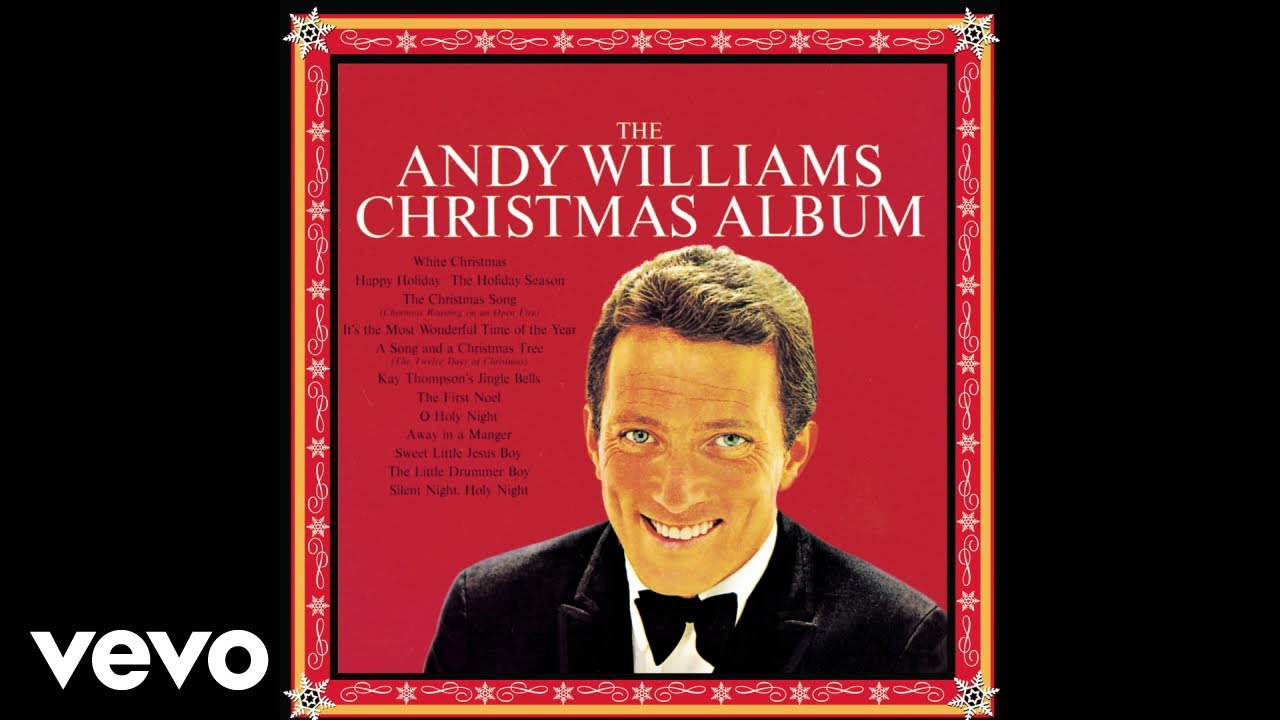 And it IS the best time of the year.

A Year of Batman
Sadly A year of Batman The Animated Series is coming to the end, what a year it has been, I do apologize for lacking stuff sometimes, and being lazy. But it sure was alot of fun to do, hope you guys enjoy it as well.

This year we lost 3 amazing talent actors from the show, David Warner (Ra’s Al Ghoul), Henry Silva (Bane) and Batman himself, Kevin Conroy. They may be gone, their works and memories will live on forever. 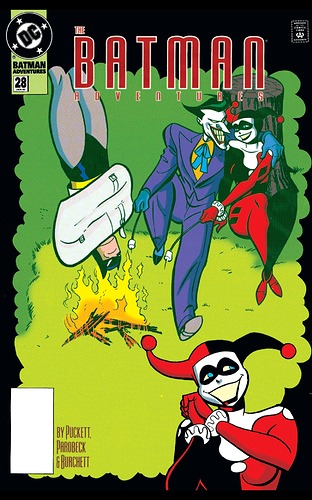 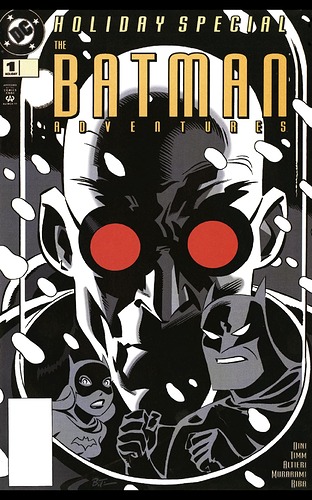 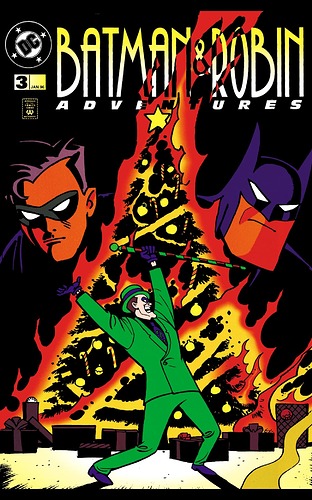 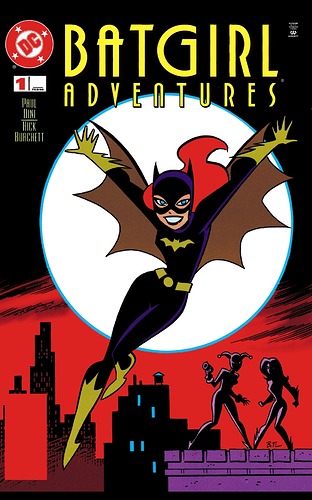 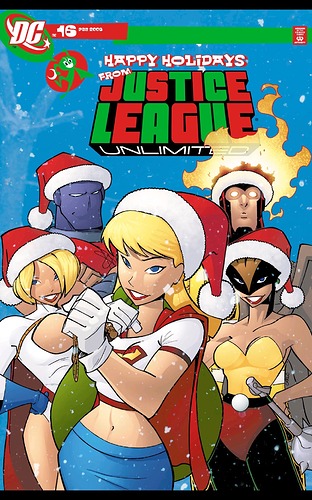 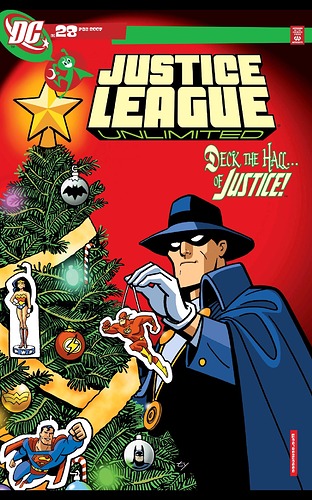 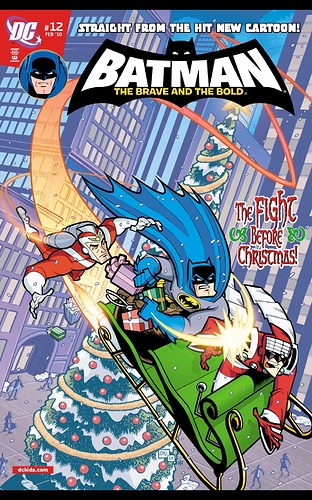 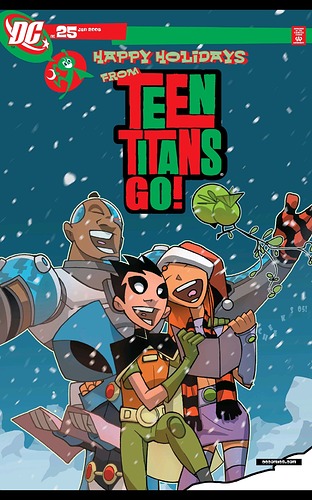 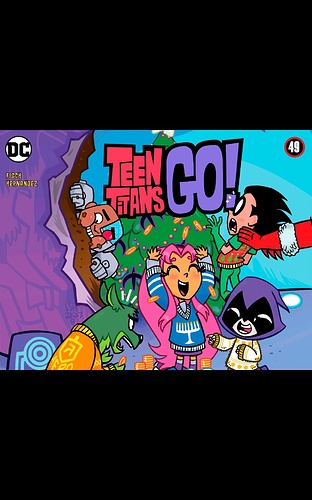 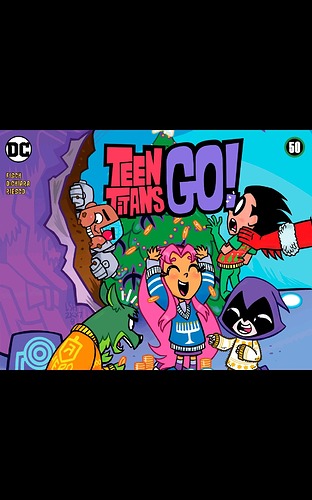 I can only think of two questions, anyway @Vroom and I would like to wish you all a very Merry Christmas, feel free to like or leave a comment.

One of my favorite DC gifts, from Christmas 1995: 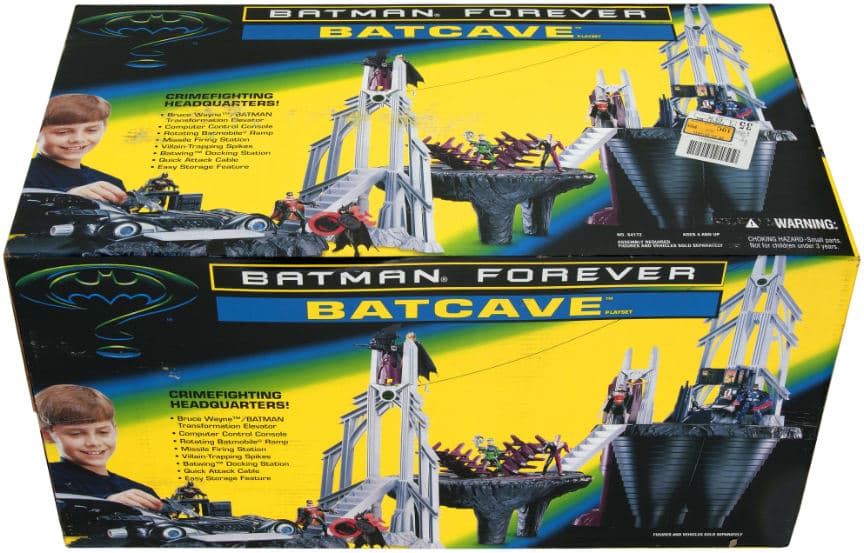 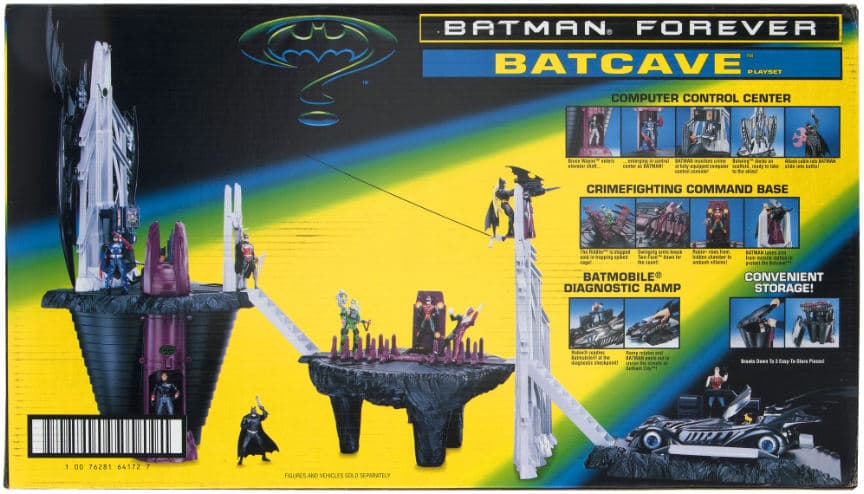 Bumming this up so everyone can see it. Happy reading .

I think it’s actually really cool that DCUI has made a number of the holiday issues free to the public at large to read. I hope they are promoting this (since I am not on social media, I have no clues).

And it’s always nice to see the fan art by creators this time of year - however due to the dumpster fire that twitter has become and being busy and staying away from a few sites where I might normally see this stuff, I haven’t see much of it so here are some older holiday things I have saved to help this thread around - although they are not all specifically ‘animated.’

I always thought Kara and Babs are an underrated pairing (platonic, that is). We did have Super Best Friends Forever, which I always loved, and we have both in the two different versions of DC Super Hero Girls but in both instances, TPB decided it made more sense (to them and to whatever marketing insights and focus groups they were listening to) to elevate a certain psycho clown to heroine and pair her as Bab’s Bestie. That all said, these daily-strip-like fan art series about Kara and Barbara were great and here’s a holiday one you all may have seen before: 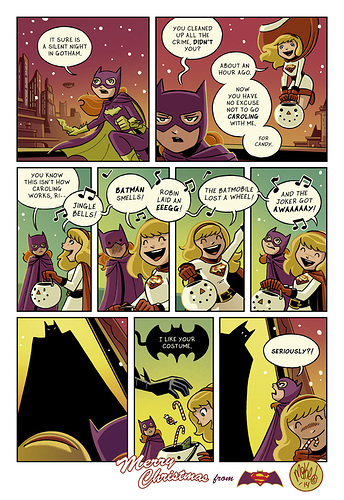 read any or all

As for those comics listed above, I will check out the two JLU tie-in books and comment later. I have enough gotham gunk in my life without seeking it out on my own for the rest, sorry.

As for animated DC Christmas stuff, even though people forget that FTWHE was supposed to be a Clark’s birthday thing (and it’s also celebrating Clark’s birthday on that controversial February date), the fact that it’s set in the artic and has the snow and winter elements, folks often confuse it and think it’s a holiday episode.

But of course, Comfort and Joy is a holiday episode. Available on HBO Max and for purchase, with small clips on YT. I noticed the free upload on one of the official WB Animation channels has been removed and it’s now available to ‘rent’ from Alphabet on YT, still on the official channel. Not sure why someone would do that versus Prime or iTunes, though.

So, we are left with this, still free to share, holiday episode from my more preferred version of DC Superhero Girls, since it was not mentioned above.