100% it is. I was not familiar with that panel from the past but I love that the start of this event is such an homage to the past. For longtime DC fans like you I think this event is going to be a great trip down memory lane as well as a new adventure. 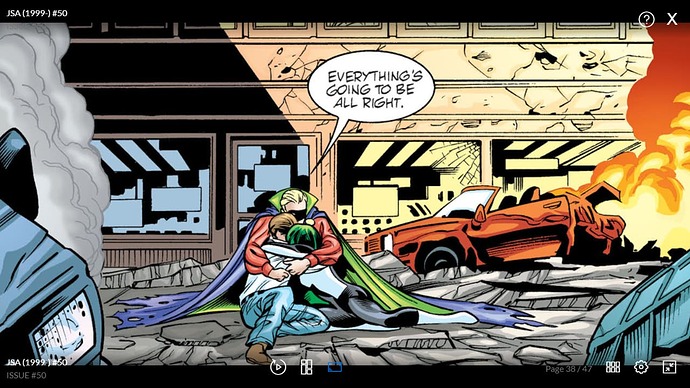 If as promised
This is about legacy

Maybe
We will get back

Since
Justice League 75
Is set in the near future

My first instinct was why not have Alan Scot as the only Green Lantern. I know I wouldn’t mind.

Is this going to fix the unbelievably stupid mistake of not making Damien Wayne the new batman? No? Then I really don’t care. It still makes me angry every time I think about it. How do you do something so stupid!!! “Hey new event called future state that looks into the future of the dc universe is coming. Who should be the new batman? Hey remember how batman issue 666 shows Damien being a badass future batman? Let’s do that!.. NAH!!! We’ll just make Tim Fox some dude who nobodies ever heard of the new batman! While we’re at it, Jon Kent as the new superman? YAWN!! that’s boring! Meet Perry White’s nephew ■■■■■■■ Bob White! He’s the new superman!! We’re so smart aren’t we? Look how good at our jobs we are!!!” No! No your not smart! You’re ■■■■■■■ idiots!

Be it intentional or pure coincidence, I like how the initials for DC’s latest event are in fact “DC”.

I just want his marrige back

So basically the same promotion DC used for Death Metal?

Alan Scott’s? Didn’t he have two?

Thanks, Alan Scott’s marrige should be brought back

This teaser image from Dark Crisis author Joshua Williamson makes it very clear who dies in Justice League #75 and who is the sole survivor. 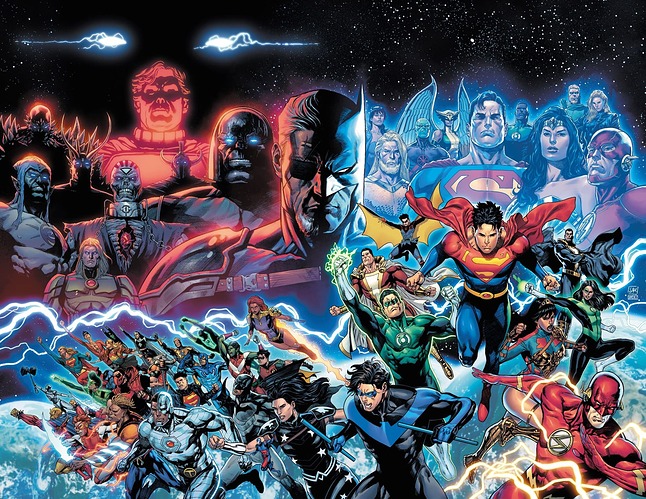 Well that happens too 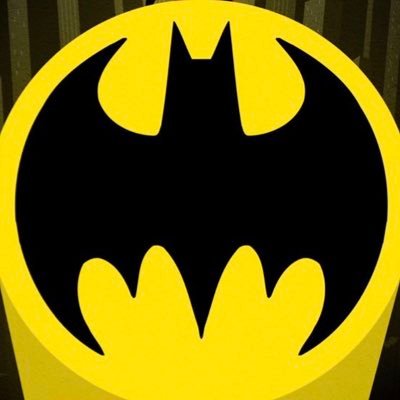 @Williamson_Josh
When we finally show you the cover to Dark Crisis #2 in a few months...some of you are going to FLIP OUT. :)

This could mean quite a few things but I love the idea that The Flips will be on the cover of Dark Crisis #2. 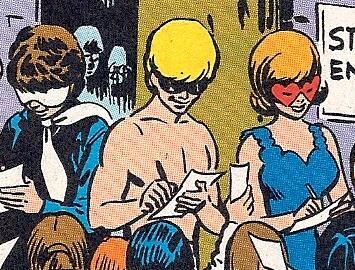 This pumped me up sooooo much!

Ah, so you think that Molly should be endgame?

Yeah, I don’t care for the New 52 sexuallity change for Alan.

I will admit I haven’t read a ton of Alan. The most I’ve read is actually the prose novel series “Green Lantern: Sleepers”, by Mike Baron, Micahel Ahn, and Christopher Priest - and I really liked him there, where he had a love affair with Irene Miller, from the very, very early comics. I liked that a lot, though it was never actually part of the comics.