Just announced from DC: “The next epic DC Universe event is DARK CRISIS, and it starts on May 7—for free—with DARK CRISIS #0 FCBD SPECIAL EDITION!” 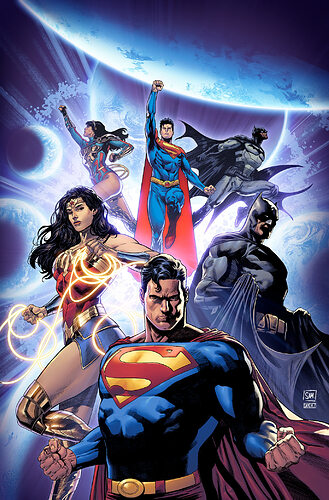 An Event 30 Years in the Making DARK CRISIS

AN EVENT 30 YEARS IN THE MAKING

Some details and previews from Dark Crisis writer Joshua Williamson:

“This is the first page of DARK CRISIS #1. We open the issue here because I wanted to show from the start what this story was about. That out of darkness came a light that gave birth to one of the greatest legacies in comics.” 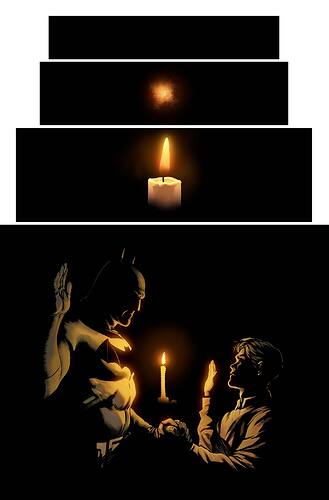 “The Generational history. The Classic Heroes. The Legacy Heroes. The Sidekicks. The Families. All aspects that I love about the DC Universe, and I wanted to tell a story about why those pieces are important and crucial to DC.” 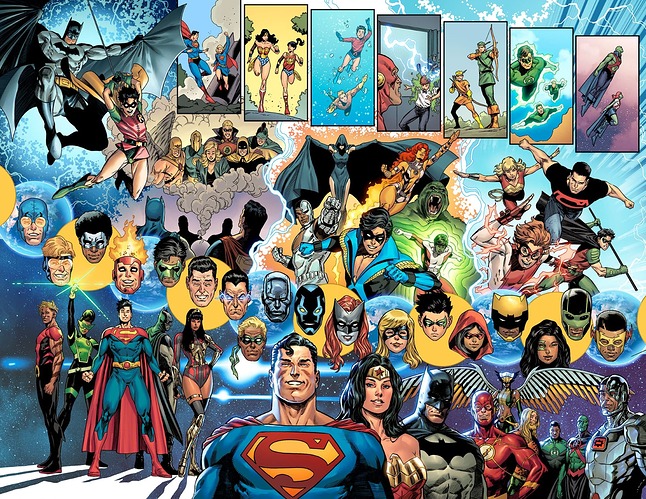 “An epic battle of good vs evil. Heroes vs villains. Big surprises, reunions, the return of lost heroes. As much as this event will have a massive cast & fight scenes, it’s really about showing the heroes’ relationships with each other as they are faced with an impossible Crisis.” 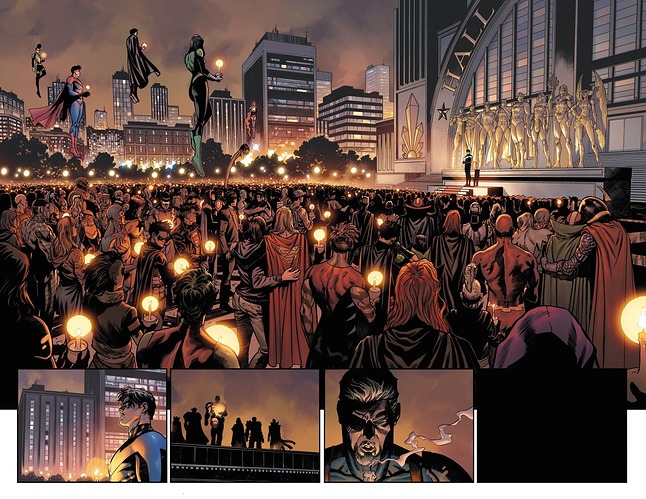 "Dark Crisis is a love letter to the ever growing DCU. To celebrate the characters and the relationships that we’ve seen built over DC’s great history.

It’s NOT going to be doom and gloom, it’s going to be a fun roller coaster featuring all the heroes you love." 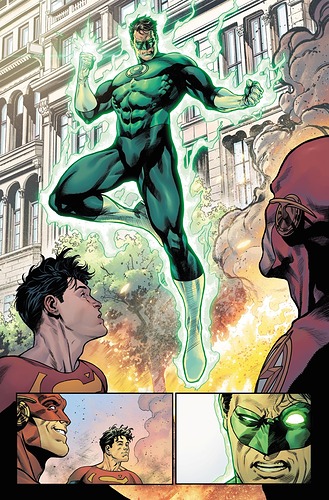 "One of the main highlights of Dark Crisis is working with Daniel and Alejandro. They are doing breathtaking work on this series.

All of this art is from Dark Crisis #1 art by @Sampere_art & @loquesunalex." 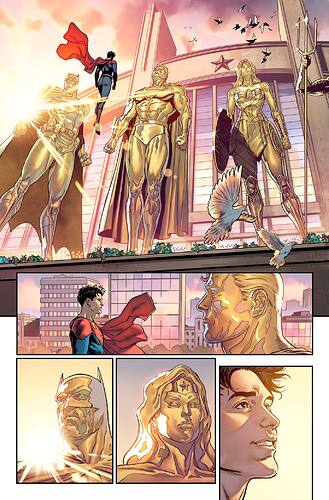 "Dark Crisis is a 7-issue series that spins out of JUSTICE LEAGUE #75 “DEATH OF THE JUSTICE LEAGUE ‘’ and connects all the story threads across the DCU since Infinite Frontier #0 in a major way. Unifying the new legacy of the DCU as we honor the classic. You can’t miss it!” 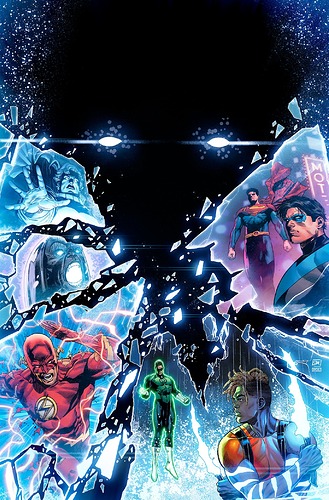 The announcement of this event specifically mentions Crisis on Infinite Earths by Marv Wolfman and George Pérez and Swamp Thing by Alan Moore and Stan Woch so it appears I have my reading assignments for the next three months! I have two very long flights planned during that time and the download feature on here is about to get used…a lot!

The preview artwork looks gorgeous and I’m always happy to hear that the writer and artist consider the work to be a love letter to the characters and DC Universe. I’m looking forward to this and love that it starts for free on Free Comic Book Day!

It sounds interesting – at first, it sounded a bit like what we recently saw in Death Metal, but the twist of using more of the legacy heroes, sidekicks, and new heroes definitely gives this a different vibe.

I’ve been keeping track of Williamson’s previous stuff like Infinite Frontier, so I’m definitely invested to see where this crazy story goes.

I haven’t read much about Dark Crisis (yet), but I’m already pretty excited about it, just because I did really enjoy Infinite Frontier.

That line from Joshua Williamson makes me believe this is really taking the entire history of the DC Universe and everything and anything is possible. I think a LOT of characters that have not been used or featured in recent months/years will be included in some form or fashion and we all know there will be more to this than just the seven issues - lots of tie-ins and one-offs.

As a fan of a character that was discontinued in recent years (Hawkman) I’m hopeful he makes his return in this event and if he looks like Aldis Hodge this time around, that would be alright by me! 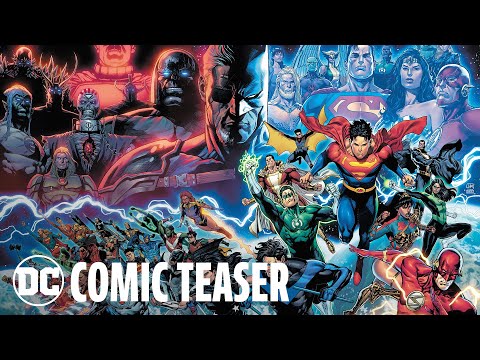 I think it’s the culmination of the one that started in January, 2021 with Infinite Frontier. Joshua Williamson, who wrote Infinite Frontier, teased as much in his comments announcing Dark Crisis.

FWIW in one of the preview pages that were posted today we see a mass candlelight vigil being held outside of the Justice League and there are eight statues on the steps. We see Green Lantern (John Stewart), Martian Manhunter, Flash, Batman, Superman, Wonder Woman, Aquaman and Hawkgirl but tellingly we do not see a statue for either Green Arrow nor Zatanna which leads me to believe one of them will be the sole survivor of ‘Justice League #75’ to return to earth with the grim news and warning. 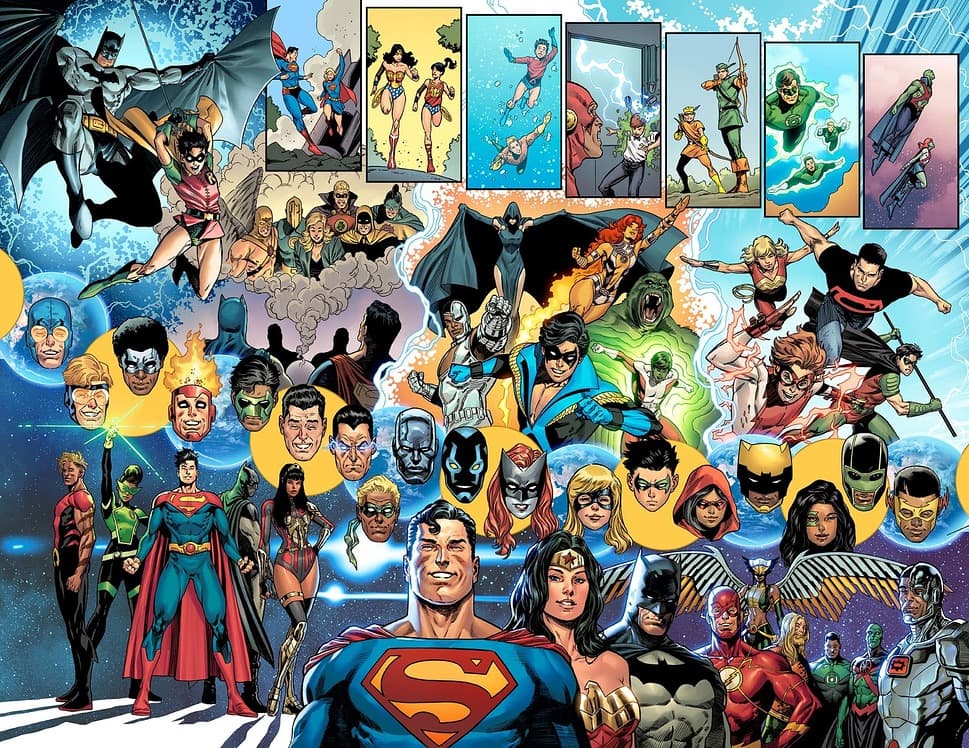 ^That picture would make for an amazing desktop wallpaper!

Also though, quick question about all this: How is Superman about to go die with the Justice League? I thought he was trapped on War-World or something?

I will miss it.

personally, I hope Helena Wayne returns or gets to be born on earth prime canon finally because Damian should not be bruces only bio kid…wait…wait this was hinted at in Future state Justice league. it also looks to be including multiple versions of the league. 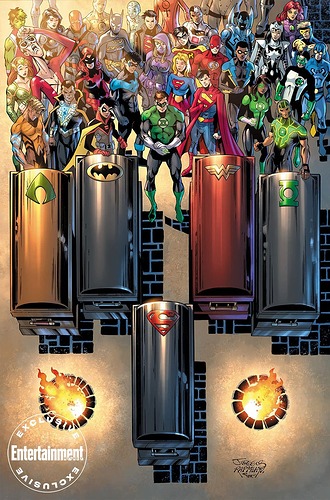 “Every generation of comic book readers deserves to have the comics belong to them, not to their older siblings and parents.” - Marv Wolfman in his introduction to Crisis on Infinite Earths

"It’s always been my belief that every generation needs the comics recreated for them. This happened by accident in the past: Comics were created in 1938 with Superman. About 25 years later, between 1956-1961, the Silver age was created with no direct regard for what happened before. About 25 years after that, I did Crisis with George Perez and that once again updated the DCU. And now, 25 years after Crisis the New 52 has been launched.

Comics need to be changed, they need to evolve, and they need to keep fresh in order to stay relevant." - Marv Wolfman in 2011

If this is a relaunch, a restart, a reboot or anything else that changes what we’ve known of DC characters and the universe(s) they exist in then so be it. It’s happened before, it’ll happen again and it’s part of what makes comic books unique in pop culture.

None of us were around when these characters were created 80+ years ago so we all got into them at some point and the versions of these characters we fell in love with were different than how they started. None of us want Alan Scott to be the only Green Lantern, still palling around with Doiby Dickles and susceptible to wooden objects but that’s how the character started. Thankfully it evolved from there and if it evolves again and we end up with Jo Mullein as the Green Lantern for Sector 2814 - so be it.

I’m here for it. All of it. Jon Kent, Yara Flor, Jo Mullein, Wally West, Jace Fox or whomever/whatever else they have planned. The characters we know and love aren’t going anywhere - not forever and probably not for long - but if they want to tell new stories with new versions of these iconic superheroes then sign me up for every single panel of it.

None of us want Alan Scott to be the only Green Lantern,

I really wouldn’t mind that. Alan is actually my favorite. But then I would miss John, Jessica, and Hal!

The fact that Jess is seen in art for Death of the Justice League and Dark Crisis makes me hopeful that she’ll be getting a new starring gig sometime in the not too distant future.

I really hope she does!

Maybe she’ll be the GL of whatever team takes the League’s place?

What do we think is going on in the bottom of the first page of Dark Crisis #1? Is that Bruce Wayne as a kid and Bruce Wayne as an adult - the two parts of him being reunited in death? Is that Jace Fox with a fellow mourner? Why are their hands raised? At first I thought the new Batman was being sworn in but I don’t know why a kid would be the one doing the ceremony nor what he’d be getting sworn into.

I think the image
Is
Bruce swearing in
Dick Grayson 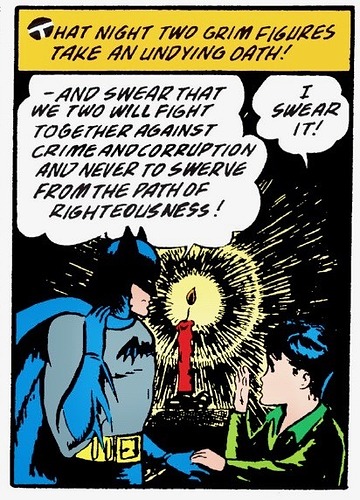