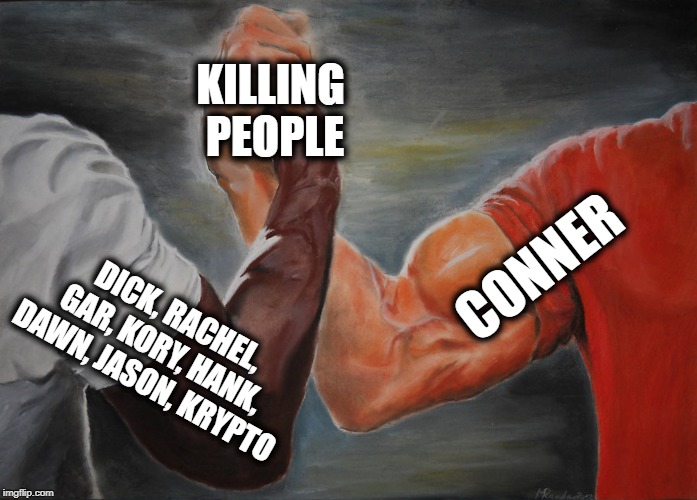 Titled this “Conner after S2ep9” since he killed those innocent cops in the car but changed it since I forgot he killed some Cadmus people. (lack of sleep). Jason’s probably killed just based off his violence in Season 1. Donna hasn’t but if Dick blames himself for ‘killing Jericho’ then Donna ‘killed’ Garth since he probably wouldn’t of gone to see her if she had said goodbye properly in the tower.

There are such weird ethics on this show. I have no problem with heroes killing, but the show makes little if any effort to make it clear the people deserve killing. Heck, many times there’s every reason to think innocents were murdered by them like Conner’s break out and Starfire and Dick blowing up that weird cult place.

Like how in Season 1 episode 8 when Kory, Rachel and Gar were in the train there were FBI agents coming for Kory and Kory straight up blasted them with fire, killing them and blew up the train (probably killing + injuring some of the other innocent people who were on board) then got back to the group like nothing happened even though they probably knew she blew up the train since she warned them to get out of the train and they never addressed it after. That’s why when she had to kill her friend in S2ep9 it felt weird since she lacked remorse for any of her past actions of killing a bunch of people including innocence and we’re suppose to feel sorry for her having to kill her friend. Oof idk writers

In fact I need to make this 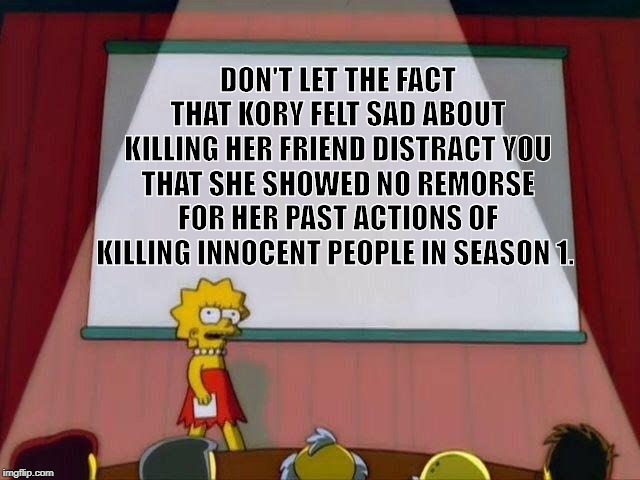 Rose and Jason-beat the crap out of tons of police officers severely injuring them and maybe killed one.

All this and there is no consequences

Exactly and maybe it’s my lack of sleep talking but so far Deathstroke seems like less of an A-hole than most of the Titans. I mean he’s a killer sure but it’s his job so at least he acknowledges it, he’s not pretending to be a hero just trying to be a good dad and even stayed away from his family after Jericho got his throat cut. He faced consequences for his killings. Dude did Titans a favor of letting them all live even after they got him to kill his own son. He in a way saved them from being in an inevitable toxic relationship with each-other, with Dick always talking about Bruce and his past and darkness dude was gonna snap at some point and take things too far causing conflict within the group. Idk just random ramblings I got. #DeathstrokeTheRealHeroOfTitans

My enjoyment of this series was already muted, and now that you point out their moral depravity, it’s seeming worse and worse.

Lex will be so proud

WOW!!.. re-reading your post I just realized that they completely dropped the plot that Kory was being tracked down by the government in Season 1. THEY HAVE PICTURES OF HER FACE and she’s been walking outside through Season 2 like nothing happened. SMFH… Now I feel like they’re gonna brush off that Conner was attacking cops with his face seen and they’re not even gonna acknowledge that, even if they do they never resolved that MAJOR plot-line with Kory… 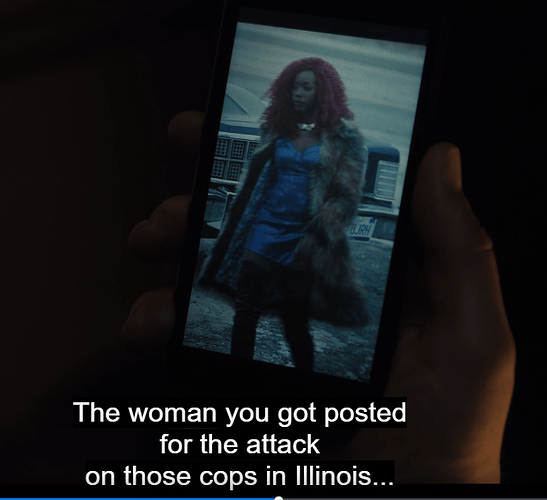 lol ever since i saw news that conner was going to be in titans, and based on the things that happened in season one i was like: i bet the first thing conner is gonna do is rip someones head off when he wakes up confused and scared. i was glad to see they implied the scientists where hurt but not dead. I can understand that, him being half kryptonian and waking up confused i can accept there will be collateral damage. i just hope he does not kill too much, makes it a little hard to like characters when they brush off collateral damage without remorse or acknowledgment.

also side note, does anybody remember when Dick was talking to Donna in season 1 and he was defending Kory saying “she’s not a killer, she killed before but that is not her”. My eyes rolled back so hard in that line of dialogue haha, i was like no way, she has the highest kill count! I like her tough, no nonsense attitude but come on.

Wtf LOL can’t believe that was written in the scipt

/
Also to your previous comment about Conner, based off the synopsis for next episode it seems like they’re gonna brush off the whole killing thing (hopefully not & them tackling it just was left out of the official synopsis). Even if Gar brings it up at some point it doesn’t change that we now have 2 Titans (Kory & Conner) that have killed innocent people & are basically criminals at this point.

Yup it was one of the last episodes i think in season 1. They where talking in a car and i still cant get over that line to this day. I can maybe forgive conner again this time because he’s still very confused about how the real world works and gar had good intentions but failed to explain things better. But i hope this experience makes him have more restraint. As for kory well she has no problems with killing so we gotta come to terms that this version is ruthless lol.

Yeah there is some leeway with Conner being a kid essentially. It’s really just the logic around the situation that bothers me having these character’s face seen as they committed crimes and then we see them walking around outside like nothing happened & w/o repercussions of any kind from law enforcement. The show just treats these acts as if it was a cartoon show where everything kinda resets the next episode or something. In Kory’s case they reset the next season since the plot thread was dropped about her being a wanted criminal from Season 1.

Yeah for sure. I feel season one in general had a few violent scenes for the sake of violence and edginess and now they are correcting a lot of that. The constant killing was a bit of a turn of for me last season. Season 2 has since changed my mind into liking the show a lot more but some things still manage to bother you haha