I drew up this Robin back when the first trailers for Titans season one was dropped. I thought it was a really good first season, and even though it had some FX issues and some uneven episode quality, in general, I really liked it a lot. But I was very surprised by the darker tone, since WB had been basically trying to pivot out of the Man of Steel/Batman v Superman/Suicide Squad tones and trying to copy Marvel’s formula with their movies. That whole mess with the Justice League movie was a result, and one of the guys responsible for that pivot, Geoff Johns, was also behind a lot of the DCU shows, Titans included.

Regardless of how you feel about Geoff Johns, it was a little odd to me that he helped bring about the theatrical cut of Justice League, with all the added misplaced humor, strange script choices and trying to lighten everything aesthetically. Granted, he’s not the sole decision maker for the changes, but if you read any of his work with DC, they do tend to run darker and mature (I like a lot of his comic book work).

So I was pleasantly surprised that if anything they doubled down and went dark with Titans season one. It was surprising, but in context it all worked very nicely with Raven as the framing device for the horror.

I finished the second season of Titans and I feel they’re doing a similar pivot that the Justice League movie was trying to do. Not quite to the same extreme, but the show is very different than the first season and it takes a while to get used to. My favorite eps are usually the spotlight ones, with Connor’s being the standout of this season, followed by Jericho (who would’ve thunk it! Jericho in live action!). The finale was a mixed bag, kinda as mixed of a bag as the first ep. I hope hey figure out the voice of this show again (whatever that may be) for the third season. 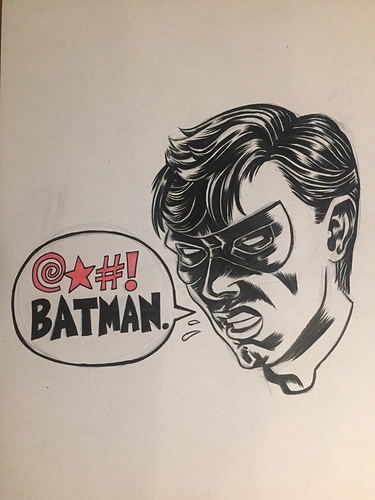 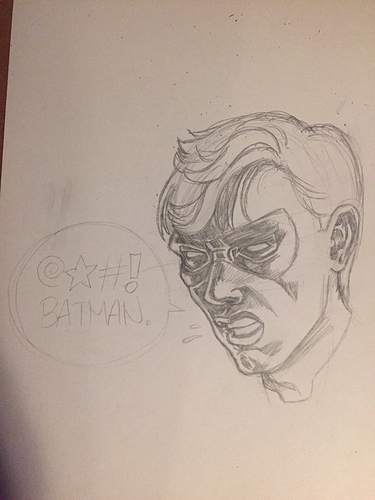 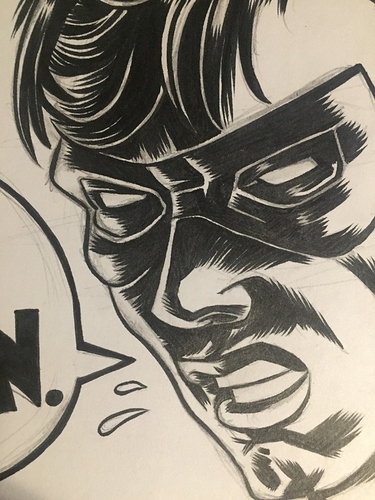 @Anonymousbluebeetle Thank you! Glad you liked it!

@zbostinson.7858 Thank you! Also, I am honored that you used your first post/comment on my drawing (the little flag told me so)! Welcome to this awesome community!

Great job on this Robin art, @biggedy! Thank you for sharing. I especially love the jagged shadowing and vintage aesthetic with a simple two-tone color scheme. To combo it with a modern Titans theme is really effective and adds to the motion of the whole piece. I can’t wait to see more of your work!

@DarKnightRisen Thanks! I’m glad you like it! (Welcome to the community by the way!)

Piling on @biggedy. Welcome to the community, & that is dope @biggedy. 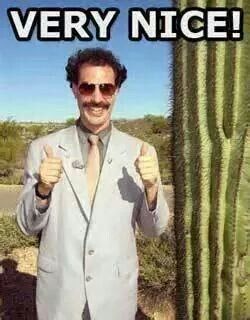 I love this! Lol

@capo-mage @AnonymousBB @TravisMorgan @DickGrayson123 Thanks guys! So happy to share my stuff with this community! Usually, I’m the only one in my social media circles going crazy over the DCUniverse shows! More people need to get in on this!

Heard that. This is the only social media I’ve ever done. I love it. You’re welcome btw, that’s really nice.