Catwoman Finds a New Future in a Lonely City (Spoilers!) 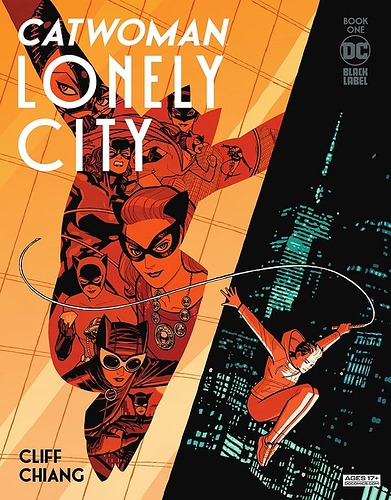 In recent years Batman fans have posed a rather logical question. Couldn’t Bruce Wayne do more for Gotham by investing his wealth in the city instead of donning a mask? Cliff Chiang explores the complicated answer in DC Black Label’s stunning Catwoman: Lonely City . While some of the Dark Knight’s old foes have established new lives in a city without masked vigilantes, Selina Kyle is still trying to find her place. Her journey through a changed Gotham in Lonely City #1 is utterly captivating.

The world lost its greatest detective a decade before the story begins. A fiery massacre known as Fool’s Night took the lives of Batman, the Joker, Nightwing and Commissioner Gordon. Catwoman was sent to prison shortly after. Perhaps unsurprisingly, Gotham became safer in their absence as costumed villains and heroes finally stopped trading punches in its dark alleys.

Selina Kyle, released from jail early, finds Gotham almost unrecognizable ten years after that fateful night. Some neighborhoods boom with business, others are damaged and neglected from a devastating storm long past. The Penguin prospers in a glittering casino (and it’s mostly legal). Killer Croc works long nights as a bar bouncer.

To learn more about Catwoman: Lonely City, head over to DC Comics!

Are you excited for Catwoman: Lonely City? Let us know in the comments!

I’m excited for anything Catwoman

Read book one and find the premise great…I like that Ma Hunkel one of the golden age heroines showing up was a treat. Seen Selina in her ‘Catacomb’ and her masks was fun. the story is great so far. I can say this much Babs Gordan has my vote for mayor.

That’s what we love to hear! Thanks for your feedback