This is how I would cast/recast the DCEU. These are the actors I feel would do best with the appropriate characters. With the DCEU actors I like, I kept, but I let go Henry Cavill and Ben Affleck because even though they did good jobs, I do think there are better people for the job. Feel free to comment how you feel about my choices and/or who you would choose. Feel free to also add characters to this list as there are so many characters that can be added.

I think Scott Adkins would be amazing as Batman as well as a suitable replacement for Ben Affleck. He’s got Ben’s similar build and look but is younger and more in fit for the role of Batman to be able to do and move around in the suit.

I think Matt Bomer would be a great replacement for Henry Cavill. And I can think of about eight reasons why that would be.
Wonder Woman - Gal Gadot

Gal Gadot is a beauty and is the perfect Wonder Woman

Yeah… I did not like Ezra Miller. I feel like Eddie would be so much better as the Flash.

Him or Denzel Washington would make great John Stewarts, but I think Denzel’s voice is a little too deep same with Keith David.

I mean he should have been Hal from the start but never too late, I guess.

If it ain’t broke don’t fix it. And I really think he’d do a good job with the CGI and such

If it ain’t broke don’t fix it.

Kellan Lutz I think would be a great big screen Arrow actor. He looks the part, he sounds the part, and based on his movies I think he would do the the role justice.

I like the idea of Dick being played by an asian actor, and Dennis Oh would be perfect.

I just like the idea of Karen Smith being Supergirl. But also Amanda is such a great actress I feel like she’d definitely do a good job with the role.

I imagine Red T would be mainly CGI so Jeff Bennett would be a great voice for him.

I can already tell Joaquin will be better than Leto. I like Leto’s design, but I don’t like his acting. I think Joaquin would be better.

While initially I was going to say Michael Ironside, I think Michael Leon Wooley would be better for the big screen. It would probably be CGI, and Michael Leon’s deep voice is such on point. If you need evidence check on Injustice 2 Darkseid ending for his voice sample.

Some people might go younger for Barabara, but I really like Amanda Righetti and I think she’s at least be perfect for Oracle and Barbara and honestly I think she’d be great in a Batgirl suit too.

Thought I would add a few Flash characters.

I’ve got a few ideas of my own:

Not sure how I’d feel about Liam Neeson as Captain Cold. I feel like he does better as Ra’s Al Ghul. I feel like maybe a scandinavian actor would be a good Captain Cold like Alexander Skarsgard or someone along those lines

Patrick Stewart would definitely be a good Mr Freeze.

Solomon Grundy I think Vin Diesel would do a good Solomon. Although not sure about him since he’s busy with the MCU.

Kyle Rayner I’d go with Liam Hemsworth have him directly compete with his brother.

I’m actually going to retract Saorise and actually go with Emily Bett Richards for Black Canary. I think she honestly should have been Black Canary from the start even though I do love Katie Cassidy, I think EBR makes more sense for BC 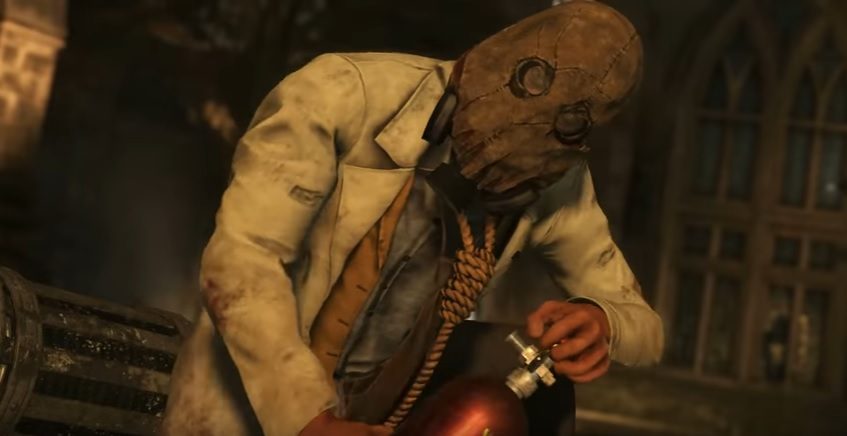 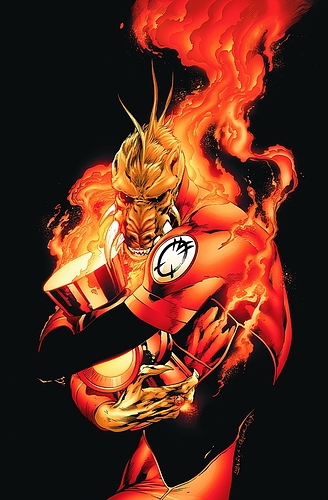 I just want someone witty and cocky and charming for Ollie. That’s all I want.

I agree with you @biff_pow which is why I didn’t go with Stephen Amell. I do like his take on the character, but I feel for the big screen we need someone more capable of depicting Ollie more… comics accurate.

I think he could be the DCEU’s Tony Stark, but I don’t know another RDJ who could play him!

I mean technically Bruce Wayne is DC’s Tony Stark. But Oliver Queen is obviously a contributor.

Someone I would add to the list though would be Alex Landi as the Atom.

I mean technically Bruce Wayne is DC’s Tony Stark. But Oliver Queen is obviously a contributor.

Someone I would add to the list though would be Alex Landi as the Atom.

I agree with your casting choices on Martian Manhunter, Red Tornado, and Darkseid, but if we make them all CGI characters, then hipster movie snobs will hate it (not that they seemed to have a problem with the all-CGI characters in the MCU, but I digress.) I suggest instead that we do something different for each of them:

1: Martian Manhunter could be like Abe Sapien from Hellboy: have Carl Lumbly do his voice, and have it dubbed over footage of Doug Jones wearing an elaborate costume with makeup and prosthetics and such.

2: Red Tornado can be done similar to Robot Man from Doom Patrol: have Jeff Bennett do his voice while an actor wears a robotic costume

3: I could see Darkseid as a CGI character, but if that ain’t enough to please the anti-CGI crowd, we could make him an animatronic like Goro in the Mortal Kombat movie.

Thomas Haden Church for Wildcat! I did ooooone

The actor that plays Tormund in GoT should play Lobo.

Out of curiosity, what are your 8 reasons Matt Bomer would make a better Superman? Not saying I disagree. I just need a little context.