Cancel All Existing Comics and Start All Over? 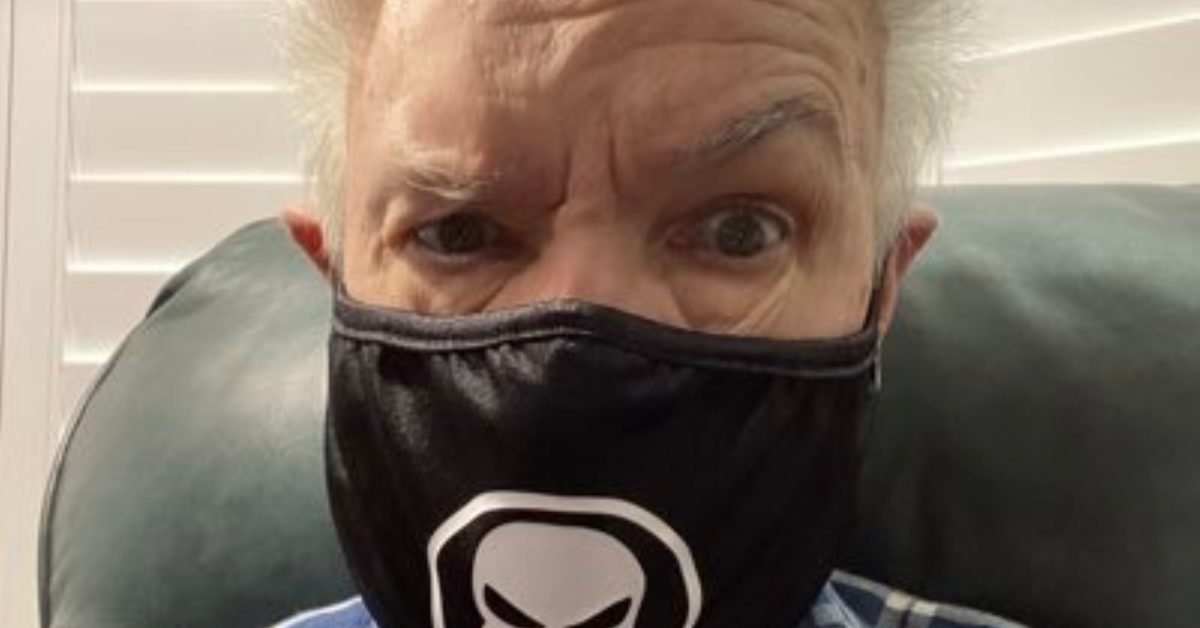 Settle back. Gerry Conway, co-creator of The Punisher, Firestorm, Power Girl, Vixen, and Carol Danvers - Captain Marvel, has something to tell us all

It’s definitely a radical idea, and yet one we’ve seen a version of before 10 years ago. But radical ideas are what need to happen if comics are to capture a larger audience. I think the new blood of Javins and Wells have been doing a great job of that, with a line of graphic novels that captures new readers from the larger TV audience like never before. A lot of my generation got drawn into comics by Batman: The Animated Series, and Teen Titans Go! and DC Super Hero Girls are doing the same for the next one.

I think he has it backwards. We need a strong middle school range graphic novel series that comes out regularly, while monthly issues need to be restricted to things that collectors would actually want. Periodicals for children are not the way to go. For the future, we have to think in terms of bookshelves, not long boxes.

Rebooting might not be a bad idea; but, the trick is, you have to actually do a reboot, not just retcon everything to make your headcanons canon.

I mean, I’d be open to a reboot, but I’d want a hardcore reboot. Kind of like @J3D28F.17202 said, it can’t just be a retcon. I want to see a fresh start that isn’t bound to anything in the past. Some people will probably mock this idea as “an insult to lifelong fans who have followed from the beginning,” but that’s just not a strong argument to me. I want the best stories possible and for creators to be able to take on a character differently. I think it’s an insult to the majority of fans to limit characters as something they once were or have been. I want my characters to grow, change, and evolve. It’s what makes them dynamic and interesting. Forcing new writers to adhere to characters with decades worth of history is frustrating leads to a lot of recycled storylines.

Rebooting might not be a bad idea; but, the trick is, you have to actually do a reboot, not just retcon everything to make your headcanons canon.

I’ve been saying this for awhile. I would LOVE to see what DC could do if they started from absolute scratch in a new timeline - build up their universe by adding more titles and characters in phases with each phase leading up to some big event or plot point in the character’s lives/careers. They don’t have to be bound to any story from before but it would only be smart to keep certain things for certain characters like what would Barbara Gordon be without “Killing Joke”? Superman without “The Death of…”? Etc.

Targeting comics at kids is part of the answer.

The rest of the answer no collectors want to hear is to make comics easy to get, cheap, and disposable. Not collectible.

In fact, start with a property adult collectors don’t care about.

Right now somebody should put Fortnite and Minecraft comics printed on newsprint and filled with ads on the newsstand at Wal-Mart next to Women’s World. They would sell like CRAZY.

Exactly, forcing characters to adhere to things that happened so long ago is incredibly limiting and leads to constant cycle of the exact same stuff happening over and over again.

Yeah I agree. Sorta like characters in the Batfam being held back because batman doesn’t learn, grow, age, or have any character development so we just go around in circles. And I just love the idea of starting from the very beginning for each character and working our way back up.

I don’t see why you can’t have everything: periodicals, original graphic novels, in and out of continuity, print, digital, comic book stores, Walmart & Target, young adult, old adult, all of it. By expanding selection and availability, you potentially expand your audience. Why does it have to be “this way” or “that way”? I guess there’s financial and business reasons… marketing, target demographic, etc.

I agree in large with Gerry.

The kids must be the future of comics if it is going to have one that is more than a niche interest for grognards.

Whenever you pick a comic off the rack, it should be readable knowing nothing more than who the character is. So two issue comics should start with a “the story so far” text.

This is so pessimistic but I don’t see the industry ever experiencing a resurgence no matter what they do. I do not think comics will go away completely and there will always be superheroes but the monthly model just isn’t the way of the world anymore. I doubt there will be comic shops a decade from now, and that feels very generous.
I think books and young adult graphic novels have a chance with kids while for adults we will see more of a trade model with digital keeping smaller stories alive in between.
None of that is what I want I just don’t think the comic reader population replenishes faster than it loses.

Part of the problem is social media and how creators act on it.

I think the current way DC is handling there series is pretty good, For example, Batman by Scott Snyder finishes his run, great job. When the new write comnes in, it restarts to #1 and does it’s own thing. I think that is a great direction to take comics and could work out very easily in retrospective.

I think another reboot would be a travesty. The ability for a writer to “start fresh and give his own spin” sounds great. But then, the writer decides Barbara Gordon died at birth. The emotional devastation breaks James Gordon and Batman is alone in his war on crime. “Wow! What a fresh take!” Except, there’s a whole bunch of hardcore Barbara Gordon fans who are now ticked off.

Seriously, what if Dick Grayson got a severe head wound, and couldn’t remember anything? Wouldn’t fans love the fresh take? What if Hal Jordan went crazy from grief and killed the entire Corps? What if Wally West suddenly became a confessed killer? What if Wonder Woman lost her powers and became a business leader? What if Superboy suddenly aged up and became an older teenager? What if Hawkman was an Egyptian prince; no, he’s an archeologist; no, he’s an alien cop; no, he’s all at once? Etc.

DC doesn’t need a reboot where the writers are told to “follow your muse.” DC needs a solid editorial direction and lots of teamwork. No more, “Grant will save us. No wait, it’s Jurgens to the rescue. No wait, Johns is the man. No wait, Bendis can write circles around everybody. No wait, King’s on the way.”

Please stop all that. A franchise isn’t a one man success story. And a whole multiverse of franchises can’t be saved by a single writer.

They need strong editors and continuity.

Jannette Kahn wasn’t writing all the stories. But she was farming out the responsibility of keeping all the titles in sync with one another. You want to take Hawkman in a new direction? First, you need to convince a panel of editors. Are you destroying the brand? Will it alienate the fans? Does it make sense? Will it be an enjoyable story? Is there a market for the story?

Yes. I actually agree with Gerry almost completely on this - maybe 95%.

“Jumping on points” that DC and Marvel try every couple years never work. They’re more like on-ramps to the Autobahn where everyone is doing 125 mph. Someone with their learners permit might be able to take the on-ramp, but is terrified once they are in it and will get right off. That is troubling for the long-term.

I love my LCS, but it is insular. DC Universe and Marvel Unlimited are DEFINITELY insular. You have to seek comics out by going to these venues, so you are likely already a fan. Someone doesn’t accidentally start their comics habit through them. I accidentally started mine as a kid in the 90’s because they were on a spinner rack at the ice cream store. If every supermarket line had the top half of the shelves be trashy magazines for mom and dad, and the bottom half were continuity-free DC and Marvel books, way more kids would bug their parents to buy them.

I wrote out a long explanation of what I think should happen, but I am nobody. That is, I am a loyal comic fan that at one time bought 50+ books per month, and am now down to a pull list of 10. DC and Marvel should be working to replace me, but instead, their efforts are on luring me back with events and variant covers. And then they ask, “Why didn’t more new fans jump on with Rebirth?! You know, that event based on a universe we pretended to get rid of a few years ago, tying in with a graphic novel from the 80’s. Or how about our All-New All-Different Avengers? With the Spider-Man based on another Spider-Man, and the Ms. Marvel based on the character that is now Captain Marvel, but also there was another Captain Marvel. Not to be confused with Shazam. We swear, these are great places to start and need no explanation at all!!!”

Keep some continuity-based comics, but WAY fewer. Like, a fraction of what is published right now. I would buy them all.

I love comics. But Gerry is mostly right.

OMG I COMPLETELY AGREE WITH THIS!!! This is also something I’ve been saying. More teamwork, a strong continuity, having a panel of writers, artists, and editors that decide where characters and therefore the universe at large go. And I think it’s important to add without bias, like we do not need another Didio who’s hate boners for certain characters trumped everything.
This also goes hand in hand with what I said before about starting from scratch at the very beginning and building up the universe in phases cuz Prime Earth is no longer a strong continuity in my opinion. They’ve done too much damage. I would welcome a completely fresh start with everything you said before.

I think some continuity-free stories is a great idea. Something like “Adventures of Superman.” Superman nerds no introduction, so no need for an origin story.
And these stories wouldn’t necessarily be tied to a tight continuity. Each issue would be standalone, or there’d be a simple one paragraph recap. Something like, “After traveling to the planet of Rann, Superman learns their Princess has been kidnapped by the treacherous Dr Fiendish! Now Superman must struggle through a gauntlet of terrors to save the Princess.”

The reader shouldn’t be required to play catchup by collecting five separate titles. But there’s just barely enough connection to the rest of the universe to entice the reader to dive in a little deeper.

Meanwhile, there’s a core of 5-10 titles which all link and crossover. This core has a tight continuity and they build on a cohesive universe.

It kind of reminds me of what Marvel did when I was a kid. They had a line of X-Men comics that were basically just adaptations of the cartoon. I think having options for newer/younger readers is essential. I loved comics as a kid, and they were hard enough to get into then. I can’t imagine being a kid or a new reader and trying to jump in the middle of something like House of X or Death Metal.