Sasha Bordeaux is one of my favorite Batman characters who nobody really remembers now. But she gets some really cool stories!

I started reading Batman because of the 10 Cent Adventure which started this story off. Unfortunately, I lost my job halfway through the story so never saw how it ended. I look forward to eventually reading this.

Just finish reading Nightwing #66, Nightwing met a new person name Orpheus, is he a new hero? Who knows, right now Nightwing is searching for more clues.
So far there’s no one arm man!

This issue leaves a huge cliffhanging, I can’t wait to see what will happen next.
In the meantime have a great weekend and I’ll be back next week with 3 new books to read!

I really like the interaction between Nightwing and Oracle.

Orpheus was a hero first introduced in the 2001 miniseries “Orpheus Rising”! As a Black hero, Gavin King protected the people and places of Gotham that even Batman tended to overlook. He was active in the city through the early 2000s, until he was killed by Black Mask in Batman: War Games.

Week 4: The Trial
Hello everybody, we are now in the final week of the murder storyline before going into The Fugitive storyline. Here’s the 3 books we’ll be reading this week! 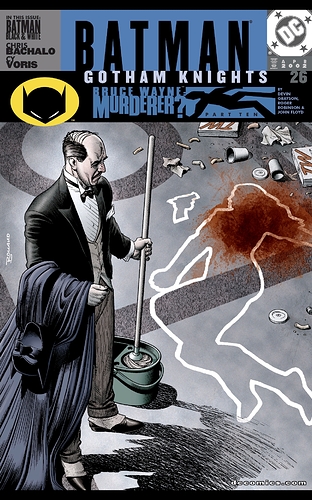 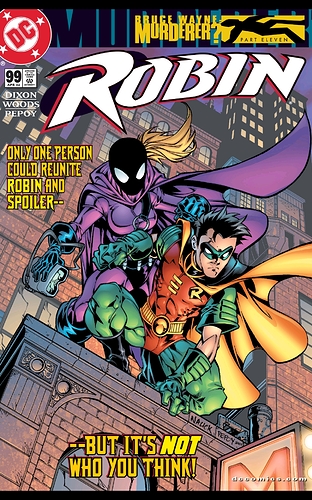 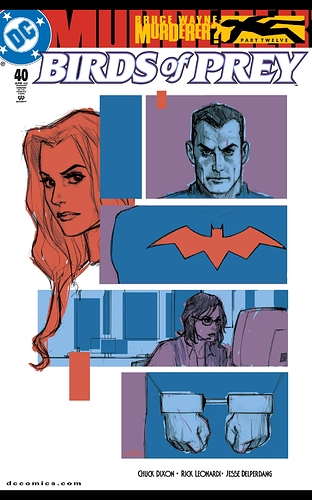 I’m looking forward to reading them as always.

So far alot of stuff is happening while Bruce and Sasha are in prison. I just now remember that Tim’s Friend has been kidnapped, Spoiler is looking for Batman while Oracle plans to be Bruce and Sasha’s Lawyer!
The story continues…

Oh and Thankyou @HubCityQuestion on the history trivia on Orpheus.

Today I read Batman: Gotham knights #26. The issue starts with Nightwing chatting with Robin. It was a little confusing to me cause when we last saw Nightwing, he was about To face the big strong guy in the end of Nightwing #66!
Sad that Bruce has two good friends who think he’s guilty, will he ever convince them that he’s innocent?
It was a good story with Alfred and Dick’s point of view, trying to convince that Bruce is innocent.
Next will be Robin #99!

Today I’ve read Robin #99, it starts where Robin #98 left off, after reading some few books, I completely forgot how the last issues ended!
It’s pretty much a good resuce mission story, while Oracle still is searching for suspect. Next is The Birds Of Prey!

I’ve just read Birds Of Prey #40, there’s a few things that are going on, Spoiler and Black Canary are working together, I’m really becoming a fan of her!
Ted Kord tells Barbara he has to take it easy, but things does not look good for him when a toy ant visit him!
Barbara learn more about the victim Vesper Fairchild, she may or may not know Bruce’s secret, she kind of remind me of Vicki Vale from 1989 Batman movie.
While Barbara and Robin are watching a footage of Bruce buying a gun,
My theory is, I think it’s Clayface who bought the gun and killed Fairchild, I could be wrong, if I’m right, then the question is why? This is definitely a Unsolved Mysteries for now.
In the meantime, we have a Fugitive!

Week 5: Fugitive On The Run

Hello everybody, we have now reach The Fugitive storyline, will Doctor Richard Kimble be able to prove he’s innocent? Oh wait, sorry wrong story… we last left off Oracle is trying so hard to prove Bruce is innocent, before she knew it, Bruce escape from Blackgate prison, here’s the next 3 books we’ll be reading this week… 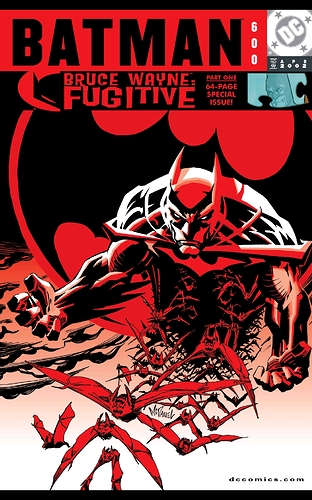 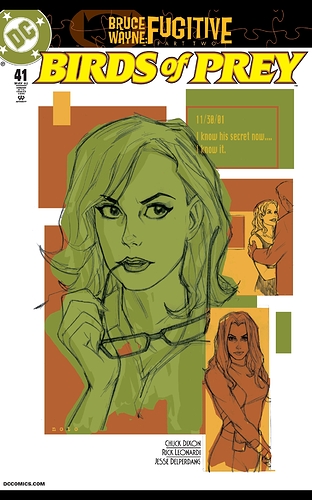 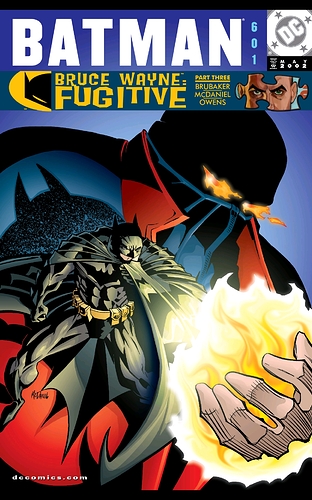 Did Bruce did a right thing to escape from Prison? We’ll have to wait and see.

Today I’ve read Batman #600, it’s a big size comic with a few stories of Batman after The Fugitive part.
Well this was interesting, Batman has really gone crazy, just wanted to throw his life away while Nightwing, Oracle, Robin & Batgirl wanted to talk to him.
Guess it really was him who bought the gun.
After reading this, I would have to say this is not the Batman I know. He almost seem like a villian.
I hope in the next story he trys to clear ‘Bruce Wayne’ 's name. Like it or not Batman, you’ll always will be Bruce Wayne.
Wonder how Batgirl got a black eye? Anyway the Fugitive is off to the good start!

Batgirl got the black eye in Batgirl # 25, which was not a M/F tie-in. But you should see the other guy (gal, actually).

Cool will do, Thankyou so much.

@Locothedog123 I’ve read Batgirl #25, that was really a good issue of Batgirl vs. Shiva!

Today I’ve read Birds Of Prey #41, Black Canary goes undercover, it had some good action scene!
And Ted Kord is selling his company stock! Or is he?

Oracle will get to the bottom of this.
I’m really finding myself enjoying reading these Birds Of Prey comic. The way I see it, Oracle is a huge major character in this and last storyline. We hardly see Bruce even when it’s about him. Looking forward to read Batman #601, look like there’s a new villian in town, just when things couldn’t get any worst!