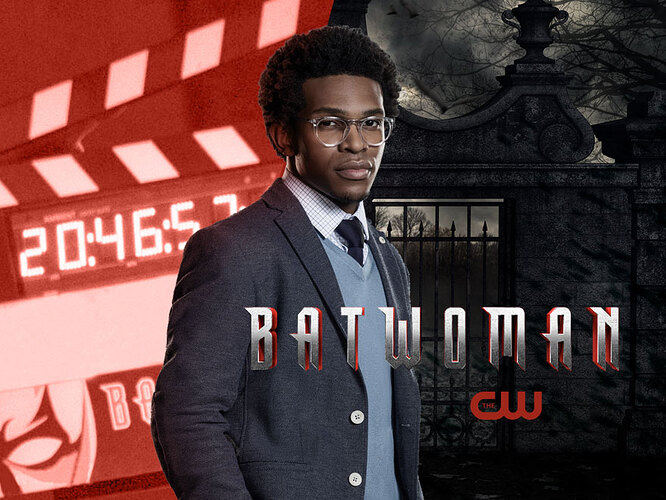 On The CW’s Batwoman, Luke Fox has only recently stepped out of his computerized comfort zone and joined Ryan in the field, donning the high-tech suit created by his father while fighting for justice as Batwing. However, Camrus Johnson, the man who has played Luke since the series debuted in 2019, has been trying new things all of his life. First and foremost an actor, Johnson has also successfully taken on singing, sketch comedy, screenwriting and scripting comics. Now he’s moved on to directing, having helmed tonight’s pivotal new episode of Batwoman and an acclaimed new animated short that was recently nominated for an NAACP Image Award.

Johnson’s clearly having a much-deserved moment, but so is the series on which he stars. After a highly successful second season that introduced Javicia Leslie as the show’s new hero, Batwoman’s third season has allowed the dynamic between the series’ characters to fully bloom as Ryan, Luke, Sophie and Mary contend with the remnants of Batman’s rogues’ gallery and the always delightful Rachel Skarsten as Kate Kane’s unhinged sister, Alice. Johnson’s episode, “Broken Toys,” brings back Marquis Jet, Ryan’s Joker-like half brother who both controls Wayne Industries and knows that his sister is secretly Batwoman. It combines everything that Batwoman has become known for—family, an evolving sense of justice and sheer, unhinged unpredictability—into one of the strongest chapters yet of a show that seems to be getting better with each season.

To read the interview with Camrus Johnson, head over to DC Comics!

Have you been keeping up with Batwoman on the CW? Let us know in the comments!