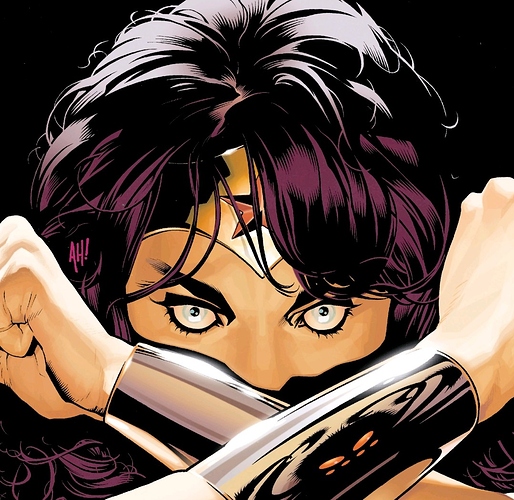 Share what you have- what moments do you think of when you picture the best that’s ever been put to page for the Amazon Princess? As much as I love the character, I know there are some great moments out there that I’ve missed, so I’m eager to see what people have to show!! 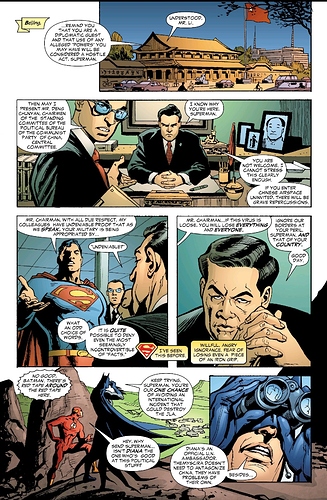 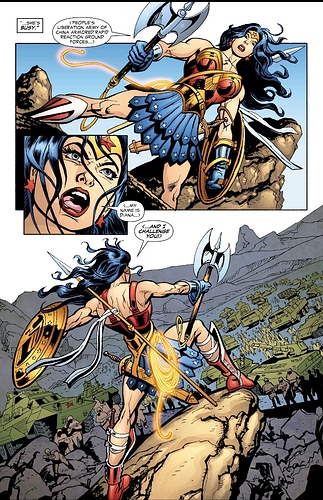 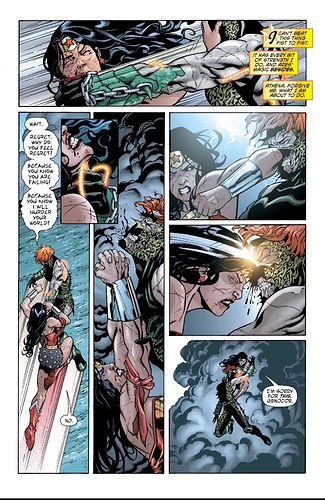 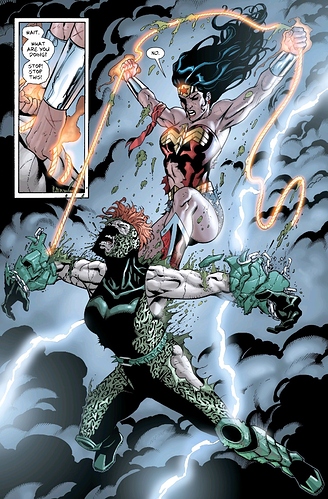 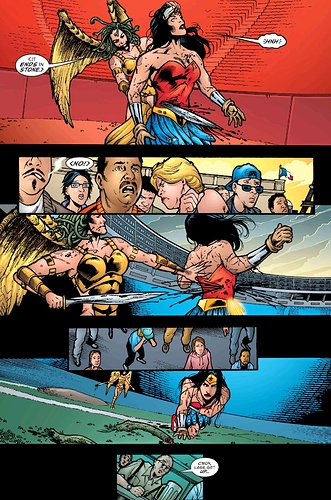 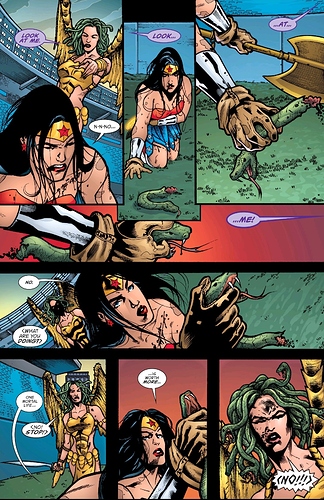 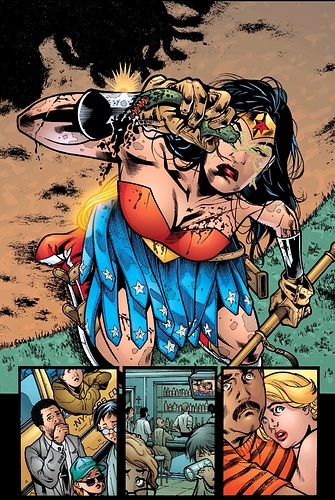 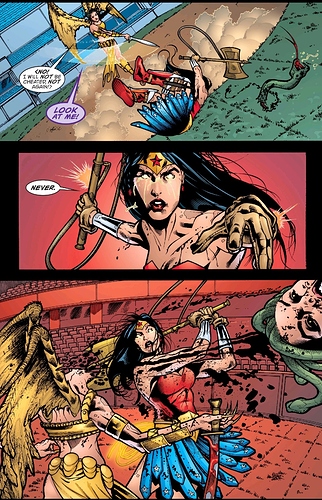 Eye of the Gorgon was some dope stuff 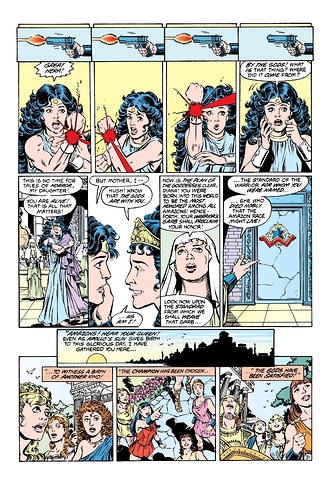 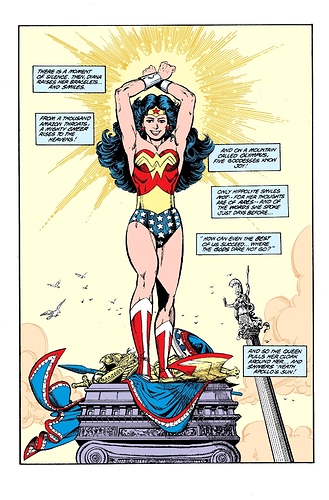 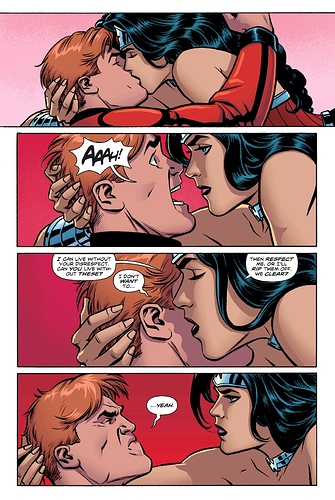 Would love to hear what some of your favorites are.

There were a lot of really good Golden Age moments that cemented my love of the character. Sure, a lot of it was bizarre, but it was always great fun to see Etta Candy and the Holliday girls fighting alongside Wonder Woman. I liked the stories with the Cheetah especially. The World War II side was almost surreal- imagine living during those times and reading about it in a children’s comic! Unfortunately, a lot of the Golden Age stuff is not on DC Universe…yet.

The early Silver Age slipped into some silly and romance-laden stuff more suited to kids than the Golden Age, which had a decidedly adult undertone. It was still a lot of fun, and often made me laugh just because of the kitsch. The adventures of Wonder Woman as a young girl, little girl, and once a baby (as Wonder Girl, Wonder Tot and Wonder Mite) were made even better when Hippolyta took footage from Wonder Woman during these points in her life and made a film out of them where Wonder Woman teams up with her younger selves. Soon, the comics lost that plot point and Wonder Woman teamed up with herself without explanation. Also, Steve Trevor, a merman, and a birdman (and their younger selves) all fought for her love. Nonsensical, yet fun.

The late Silver Age had Wonder Woman lose her powers and become a martial artist spy à la Emma Peel in the Avengers. She ran a boutique shop and had a blind martial arts master mentor. My favorite part of all was when out of nowhere she teamed up with Fritz Lieber’s Fafhrd and the Gray Mouser! How had I never heard of that? It was pretty spectacular. The entire run was good, and I liked Dr. Cyber being a James Bond style villain.

The Bronze Age had Wonder Woman get her powers back and undergo a self-imposed 12 labors to be worthy of rejoining the Justice League. The writing became a lot more corny after the more serious powerless run. It was nice to see her marriage with Steve finally take place after all those decades, even if he kept dying previously (so inconvenient)

Post Crisis, we got an amazing George Perez run. Much more mythology, less silliness, and more power. This is basically the Earth 1 Wonder Woman we all know and love. From this point on I felt that for the most part we had quality writing and stories (although there were a few odd runs here and there that felt off), and it seemed to just get better and better.

My favorite authors have been William Moulton Marston (naturally), George Perez, Gail Simone, and Greg Rucka. Jodi Picoult wrote a few issues and they were spectacular. J. Michael Stracynski and Brian Azzarello did some great stuff as well. I’ve liked all of the modern writers.

I screenshotted a lot of the stuff I found funny and have been sharing them on the “Funny DC Reaction Images” thread, but I didn’t capture the stuff I found really moving because I was so into it while I was reading I couldn’t stop. I do have this one, thought, this is a combination of moving and funny thanks to Gail Simone: 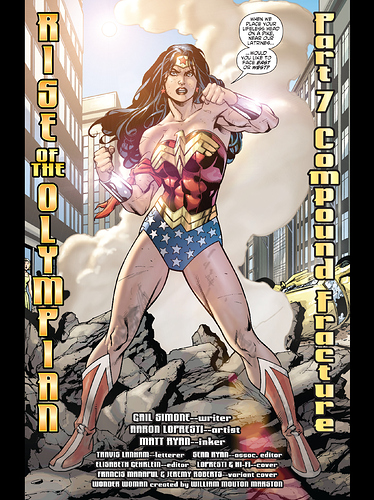 Whew, sorry about the long post but that’s what happens when you ask a fan this kind of question.

The No Man’s Land scene from the live action movie is instantly iconic.