Future Flash is one of my favorite characters in the comics. The brief stint he had in The Flash (2011-2016) Vol. 6: Out of Time and his first appearance in Annual #3 struck a cord and he quickly became a favorite.

Since I collect Flash and Reverse Flash rings I needed representation in my collection for Future Flash. The result is a bespoke ring made to match my avatar. The metal is .925 and the blue is enamel. The inside reads Future Flash. 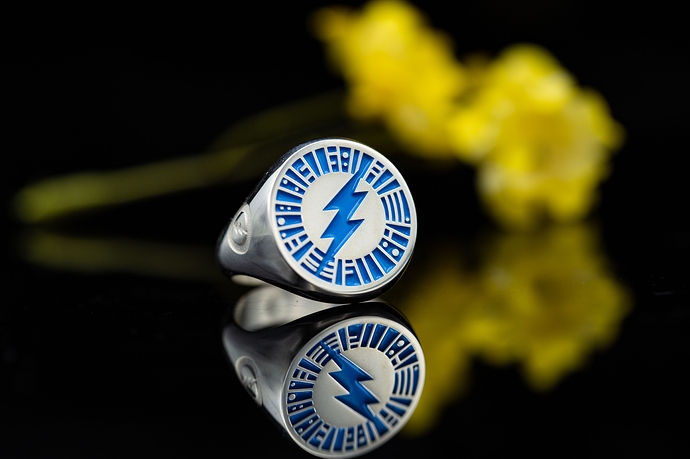 VERY cool! Where did you get this made?

Custommade.com. They really attend to your wishes. They will be hearing from me for another ring soon.

Is it expensive to have a custom ring like that made?

That’s a nice ring. I posted my ring collection on here two or three months ago which consisted of Superman, Batman, Green Lantern, The Flash, Legion of Superheroes flight ring and other superhero rings that aren’t DC related. I wear a total of eight stainless steel rings and even though I’ve been constantly wearing them for the past four years without ever taking them off they’ve held up well and still look like new. Five of them which I mentioned above are DC Comics character logos.

For me it was worth every penny because no one is producing one. In my collection I have a few Flash rings, Reverse-Flash rings, a Man Of Steel logo ring, and now the one above. If I could post an image of all of them I would.

@Iamthefutureflash Yeah I know what you mean. It can be tricky posting images of a big collection. When I posted my ring collection on here I took a picture of both of my right hand and my left and used an online tool to merge the photos together because it would have been impossible to take a picture of both hands at the same time because I wouldn’t have a free hand to hold the camera. Right now I’m trying to get a Wonder Woman ring. Since they don’t exist for us guys I contacted a seller earlier this month at Etsy and asked him if he would consider making one for us guys that are fans of hers and he replied back saying he’ll have one next month but if he doesn’t I might contact that custom made that you mentioned. That Etsy seller has a really cool Green Lantern ring but I already have one that I bought. It was made by Sales One so since I already have it there really wasn’t no need to get another one. If he’s able to use that same ring design and put her logo in it it will be awesome. I just bought a stainless steel Flash dog tag necklace today at Walmart. It will go good with all my other comic book necklaces. Here’s a picture of it. It’s uploading with the top half missing in the thumbnail but it can be enlarged for a full view. It’s made by a jewelry company called Jacmel Jewelry. 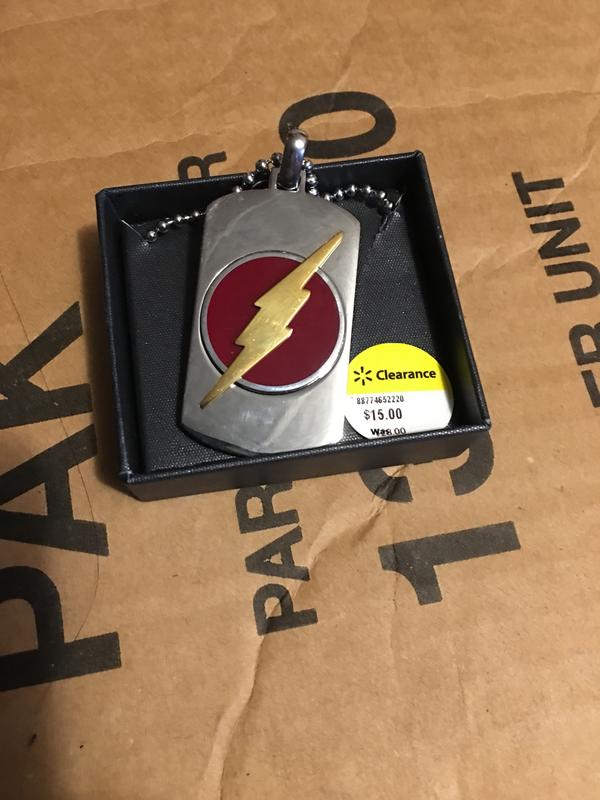 Here are my rings. I have multiples of some that I did not include in the photos. 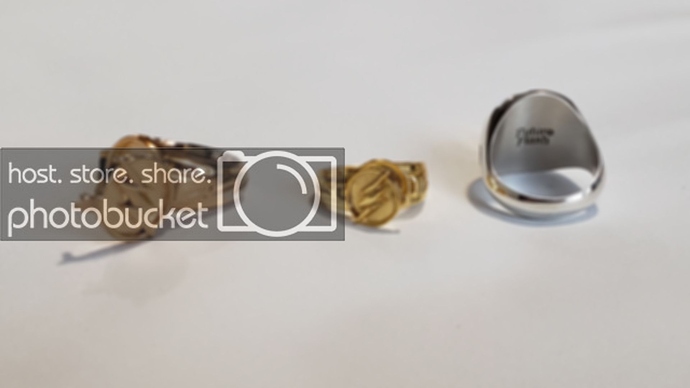 And finally my favorite one 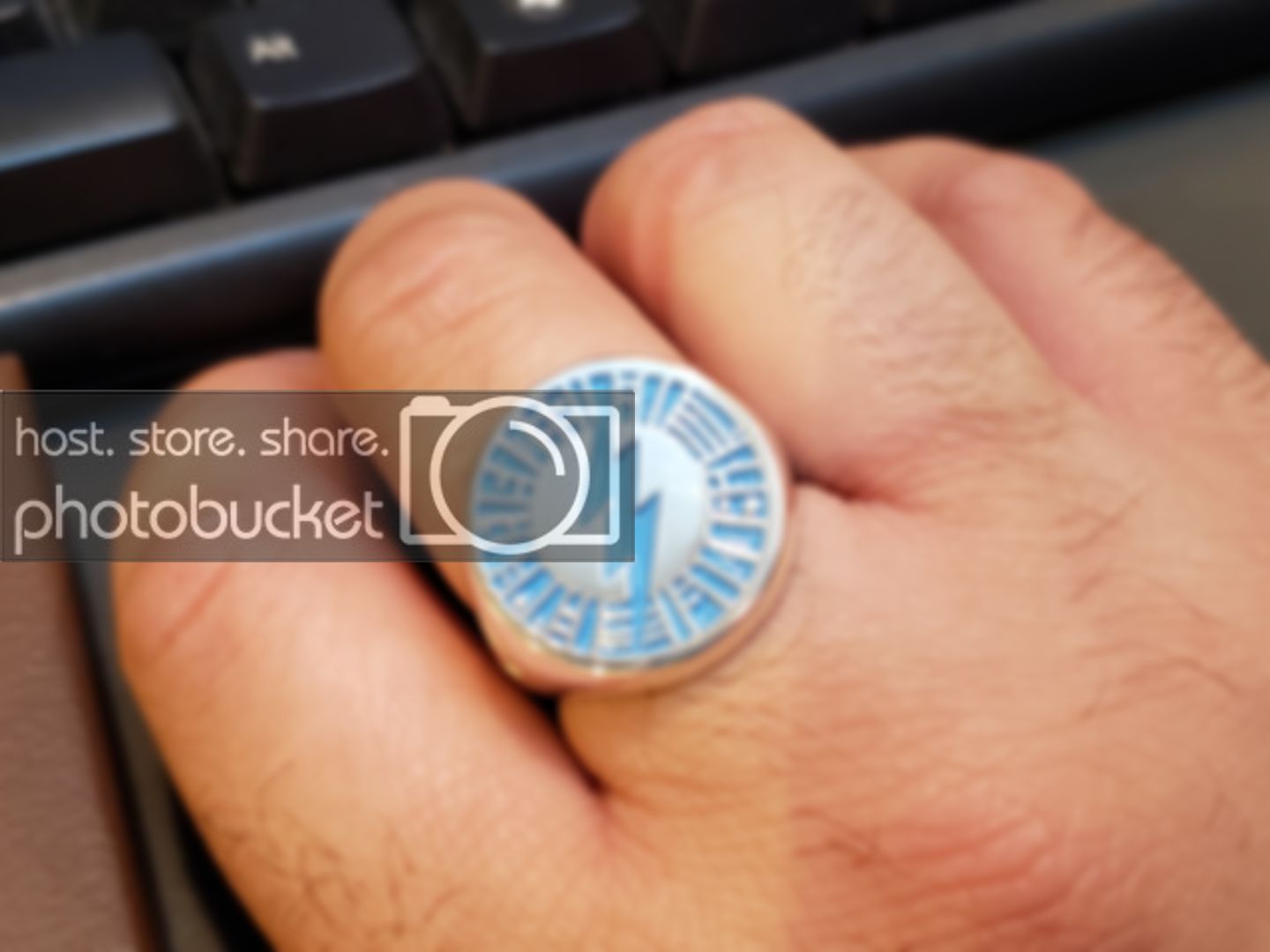 You thinking about adding a Blue Lantern ring to your collection? Barry did wear one, after all…

Already have. Up a couple pics next to the Reverse Flash ring

That’s a beautiful collection right there. If I may ask, what makes those three rings more special than the others?

Thank you. The gold ones open and the one that reads Future Flash was bespoke. As far as I know, no one has manufactured a Future Flash ring and I really wanted one. So, I commissioned one be made for me. It will match nicely with 2 Future Flash t-shirts I just ordered.

That’s super cool! I was thinking it was some story behind those rings or something, I guess I was wrong. I didn’t realize that they opened up, that’s also pretty cool. You should get a tiny flash costume to fold up and put in there haha.

@cnzspuk
I can fit a chiclet inside them. LOL

That’s cool I just have no idea what bespoke means!