I get that this is supposed to be upsetting, but I am just stoked that we will finally see Kara and Jon adventuring together.

I am really happy that even with Kara and Kal dealing with Rogol Zaar separately so far, it looks like they will be brought back together for the endgame.

What are everyone’s thoughts on this teaser? 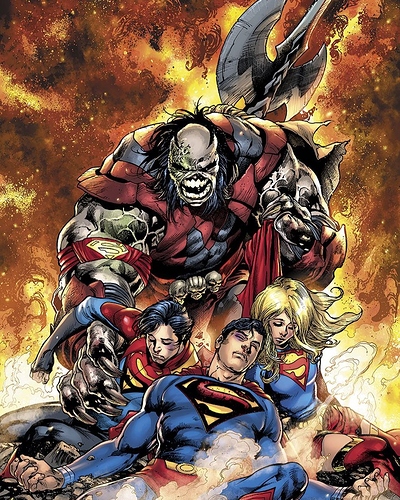 I’ve been buying the books but haven’t read any yet. I’m waiting until the story arc is finished before I read them.

That’s probably a good idea, the month between the issues doesn’t make for the smootest reading experience.

I’m sure Kara is going to be annoyed that yet another family member has been aged up.

Lol, yes, but with the way Jon’s and Kara’s arcs were written they met like once or something during his entire childhood.

They aren’t going to have trouble redifining that relationship since it was barely existant before. Hopefully that changes after Kara comes back from space.

It’s weird that the two young Supers have no contact with each other. Isn’t it?