Have y’all seen this? Warning Potential Spoilers (Sorry for those who have already seen it before I blurred it. My apologies.)

I am so excited about seeing Affleck and Keaton again.

First Look At Batfleck’s Return In The Flash" here: https://share.smartnews.com/NHcw1 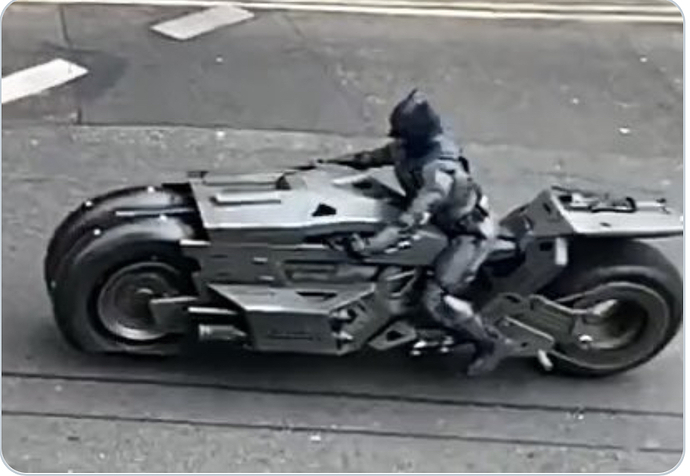 how can you tell? 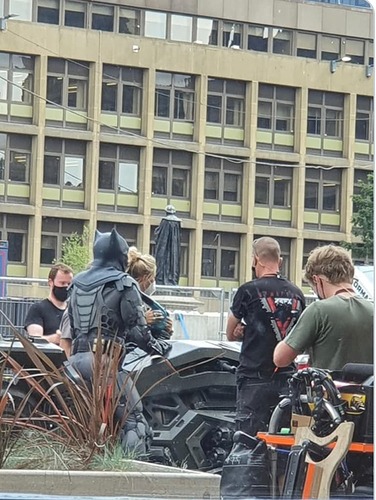 I think it looks amazing. Cant wait to see this movie.

This text will be blurred

Dang, and here I was thinking he was just going to have a cameo, maybe not even suit up. It looks like his role might be bigger than we realized.

I sure hope so.
Honestly, I think they would sell a TON of movie tickets if they put a lot of scenes of Keaton and Affleck in the movie.
And that Bat-Bike !!!

scenes of Keaton and Affleck in the movie.

…Dude. I haven’t even thought of that as a possibility. I would die. I would physically expire. And then my spirit would forcefully reenter my body so I could continue to watch.

Gonna be great to see my Two favorite Batmen in one film. really love that the bike is very much inspired by the batman white knight. was not a huge fan of the batpod in the Nolan films so it’s nice to finally see more comic book based designs making their way to live action.

Hey there everyone! Not trying to be annoying, but just figured it’s worth mentioning that not everyone is looking for spoilers like this. So make sure to keep that in mind when making threads and showing off pictures. Not saying not to talk about this stuff since that’s the whole point of this site. Just saying to remember to take advantage of things like the spoiler feature for images and other stuff. That’s all!

@OmniLad . Sorry. It’s my fault. Sorry that I made this post. I was just excited about it. But I understand about spoilers.
Won’t happen again.
Sorry

@OmniLad , I just edited it, and blurred. My apologies for you seeing it.

I truly suck at this whole online forum thing.

You don’t suck!!! Don’t stress over it at all. I was by no means trying to berate or make anyone upset. It happens. You’re excited and wanted to share with fans. Keep doing that! I appreciate the blur. Hope the thread keeps going and building.

To stay on topic, I’m definitely excited to see Ben Affleck back in the suit. Even though I’m excited for the Robert Pattinson portrayal and wasn’t a fan of the JL or BvS, I think that Ben is a great actor who could suit the role well in the right movie. I’m excited to see him again.

'89 Batman: (to Baffleck)“Why do you look like one of the guys from “Mallrats”?”

Right now, there are two Batmen on two bat bikes. Now, I’m not saying Hollywood makes the same movies but…