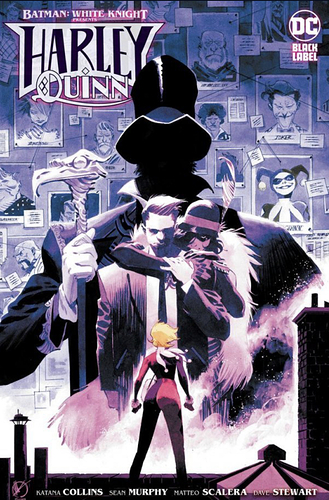 Harley’s pursuit of the Golden Age killer gets personal. Still in the fog of her discovery about Hector’s obsession, she relives her darkest memory of Jack’s transformation into The Joker—and her own early evolution into Harley Quinn. With Bruce’s counsel, she grapples with the guilt of her past and makes a choice that sends her straight into Starlet and the Producer’s den for an expertly staged showdown that will either crack the case or end her life.

If you’ve read it (or plan to soon) and wish to discuss, drop your thoughts below when you’re ready!

Issue 4! I’m really enjoying this series. Had a great flashback in this issue. The thing I suspected would happen w/ Starlet later has happened, so I’m definitely eager to read the next issue to understand this new development—and we got another well-timed cliffhanger. Love/hate W/ those

And here’s another cover (Cover A) 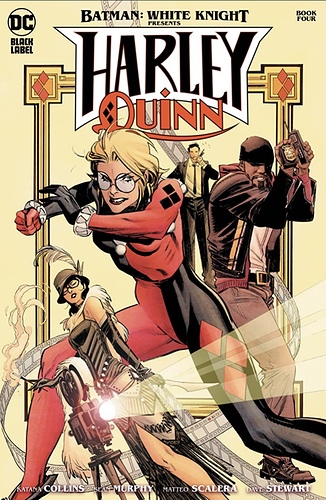 I kept waiting to see if anyone else had any thoughts but I think it’s just you and I @Razzzcat. I had finished it just before you posted the new subject thread so I went back and re-read it for a refresher. I kinda feel like I’m being set up for a big twist. They’ve laid out the prime suspects, their motivation. Will he, won’t he. I kinda think if I don’t get blindsided, I’ll be disappointed.

)
Agree, on feeling like something much bigger is coming. This has definitely been a nicely written mystery, so far, and there have been enough interesting little surprises, that…yeah. If I don’t get that narrative suckerpunch, I’ll be bummed. I’ll still give it high marks, tho.

I really enjoy this take on Jack and Harley. Very different, but that’s why I like it. I’m happy DC will make creative decisions like this—even if they’re only on Black Label.

That reminds me:
Dear @Jay_Kay, I’ve decided to reread White Knight. I was busy being mad at Batman & DC for something else at the time, and I know I wasn’t being fair. I can admit it! lol I remembered we talked about it briefly, and you defended it. You’ve not steered me wrong, and if I like this series, it stands to reason I should like the other, so…