Its ok, I want to collect these and read them at the same time. I’ll take a look at flash later on.
I bought a couple different graphic novels not related to DC Comics.

Its not that good

I agree about Rebirth Batman not being the best

He is more the Batman in the Justice League, with Impossible stunts and gadgets

And he has to be saved

Batman New 52 has a much better first arc

Some arcs other than the first are good

Read it in the library
Before spending money on this

@TurokSonOfStone1950 @Clonegeek18
any recommendations to any new rebirth characters I should read about?
I don’t want to read a old storyline if its already finished.
I’ll start with the Joker because Green Lantern looks like a little kid.

Because you mentioned Green Lantern as a little kid

You are talking about
The 2021 reboot titles

These are the ones I liked

But recent issues are great

You can check out the club discussions for the two story arcs in Batman: Rebirth Deluxe Edition Book 1 by following these links:

[World of Bats] I Am Gotham Fan Club Discussions

Hello again to another installment of World of Bats, the Batman Book Club! This week we’re going to read “I Am Gotham,” the first six-issue arc of the (in)famous Tom King run of Batman, with art by David Finch and Ivan Reis! [image] Here are the links for this week’s reading:

[wob bat_cat] Welcome to another installment of the World of Bats, the Batman Book Club! This week, in anticipation of the Batman/Catwoman maxi-series by Tom King and Clay Mann coming out this coming Tuesday, we’ll be going back to the Tom King run of Batman and exploring a few stories more explicitly focused on that relationship. First, issues #9-13, “I Am Suicide,” with art by Mikal Janin. Batman has always been crazy…but this? This is suicide! In order to retrieve Psycho-Pirate and save …

There’s also a discussion for the third story arc in this run:

Ill start with the flash first, then batman rebirth, then wonder woman. I’m already reading batman white knight so I don’t wanna read addon to too many batman.

Well, I personally adore all of the Rebirth series.
The stories, the amazing art and suits.
Beautiful.

I have yet to finish the I Am Gotham graphic novel (or Batman Rebirth volume 1 as I call it). Personally… I felt kinda lost in terms of where his relationship with Selina stood at the beginning of this series, but maybe it was because I hadn’t read anything prior to this in the continuity of Rebirth and New 52. I hope you like it, as it helped me finally figure out who Gotham Girl was since I read the Wedding story before starting this one.

I myself need to reread this and eventually finish it.

I personally really love Rebirth Batman by Tom King, but it does take a while for me to get really into it - my first favorite issue in the run is #9, the start of the second arc. But I hope you enjoy it!

Rebirth has been over for a while

@Clonegeek18
So its finished? whats the new batman then?

I also didn’t know there was a gotham man and gotham girl.

Their arc
completed long ago

I would strongly disagree that issue #101 is a reboot of any kind. Tynion just continued with the story he was telling.

The real “new” run starts with issue #118, by Josh Williamson - it does continue with the continuity that Tynion set up, but is clearly telling a new story. 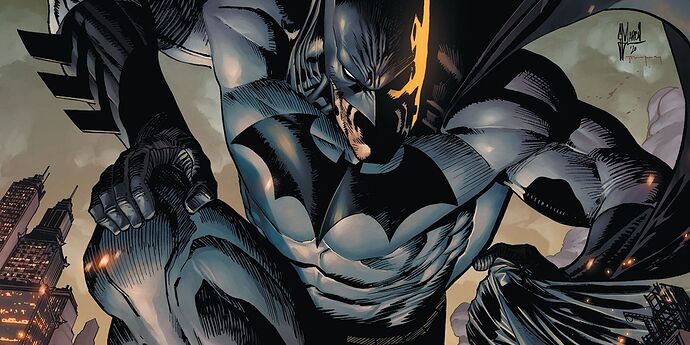 Batman: Bruce Wayne’s Crusade Is Going Back to Basics

You can just skip to issue 101

i want to be invested in the characters so ill read a little more.

Its Batman, its pretty straight foward. Besides the James Tyion run is drasticaly different then the Tom King run.

The only thing anybody needs to know is that Batman and Catwoman were engaged.

Some of those issues were fun, like with Talia al Ghul (Damien’s Mother ) and a double date with Lois and Clark

That ended with issue 50.

In many issues of King, I was unsure what was hallucinations and what was ‘reality’.

None of King’s issues need to have been read to understand Tynion.