Batman: The Brave and the Bold Animated Series Appreciation Thread

Batman has had his fair share of animated series. One I don’t think gets enough credit is Batman: The Brave and the Bold. What are your likes/and or dislikes of the show? If you’ve not watched it tell me why. Here are few of my likes and dislikes. Share your thoughts!

Absolutely love this show, the second best animated Batman ever

Came across this show last January and goodness what a little treasure it was. I am struggling to think of something besides wanting more eps. for the dislike category.

Likes: Everything and Aquaman (Outrageous!)

The show did me wonders for the DC Universe in the longhall, Introduced me to call the concepts, characters, and storylines of the silver age and more.

This was one of my favorite cartoons growing up. Introduced to me so much things DC.

A real treasure of a series. (And, fun fact, a favorite of my editor.)

I enjoyed this series.
Likes:
just the right amount of campynes
some good serious episodes/arcs
good music bits (favorite being the birds of prey)
Knights of tomorrow: batcat
bats challenging freaken Darkseid to one on one combat.

dislikes: bats not ending up with cats in Mitefall. shrugs i am really shipping batcat hard right now.

not having the prophesied batgirl series launched.

Did I mention Green Arrow? I dig Green Arrow in this series, apart from the terrible guardian thing.

BTBAB is an absolute must watch, for any fan of DC.

I think it helped jumpstart a renewed interest in the silver age. And the charm of those stories.
I was always impressed with a few of the jokes they got past the censors.
I think it brought to light the versatility of Batman. That Batman can do comedy as well as pathos and sometimes he’s actually better at comedy than pathos.
It was nice to see that comics could be fun again.
They brought back some wonderful characters that many people didn’t know of. Crazy Quilt and the original Batwoman immediately pop to mind.

It was disappointing they never did the Batgirl series. I think people would have really liked that concept.

I remember as a kid and I saw promos I was like “wtf is this?” I thought it looked stupid especially since I grew up with batman tas, batmab beyond, and The Batman so seeing Batman all silly, cheesy, and throwing puns just made me avoid at all cost as a kid. Once dc unicerse dropped, I decided to give it a chance honestly i wish I can go back in time and wish I gave it a chance. Now baman brave and the bold is my favorite batman cartoon.

Dislike: I guess the lack of batman villains and characters.

I love everything about it tbh. It has enough of a balance between comedy and action imo. Diedrich Bader also makes a fantastic Batman! I was surprised/glad he got to reprise his role in HQ animated series.

My all-time favorite episode is Mayhem of the Music Meister.

That show explained why Speedy turned to drugs

I first learned about this wonderful series during a San Diego Comic Con panel. I’m so glad I watched it from start to finish as it aired. So very entertaining! I saw characters and team-ups I never thought I’d see in animated form such as Crazy Quilt, 'Mazing Man, Anthro, and the Batmen of All Nations. The humor could be enjoyed by people of all ages. The innuendo in the song “Birds of Prey” from the episode “The Mask of Matches Malone!” is definitely something adults would pick up on.

Cartoon Network didn’t advertise this show like the others. I would catch it early in the morning. I remember waking up to the musical episode and wondering what was going on lol.

This show showed me that not all super-shows need to be taken seriously. My personal favorite episode is the vampire Batman arc in season 3. It just shows that it is able to take amazing storylines and make them have something for just about everyone.

Personal highlights for me were the Giffens/DeMatteis JLI in all it’s bickering actions, the catchy musicals, and seeing that Batman, alongside his triple espressos to evade Dr. Destiny, enjoys the occasional nacho. Even the more serious episodes were great; Chill of the Night was basically a sneakily inserted BTAS story and I loved the Red Hood two-parter. Although that didn’t end particularly seriously from what I remember, lol.

And on a totally unrelated note, Brave and the Bold is probably one of the best shows to watch after midnight if you happen to live in a state that legally sells medicinal products best used after midnight.

I forgot about Chill of the Night! What a fantastic episode! 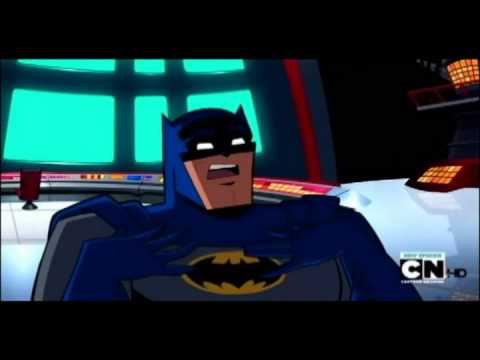 I liked a lot about this series – I liked how it did a good balance of comedy and action, and really embraced the greater DC universe.

What I didn’t like was that I felt like near the end, it kind of lost the plot and was focused less on telling good stories and more on Silver Age/60s and 70s animation easter eggs.