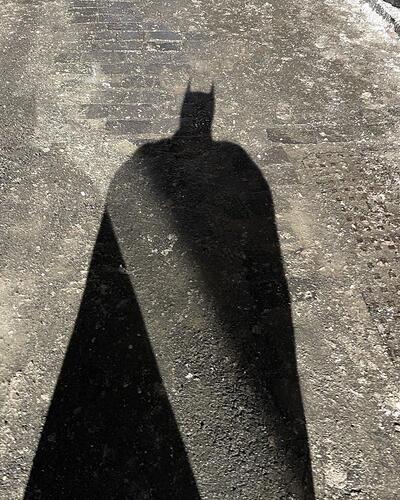 He’s back! Michael Keaton just posted this on his Instagram. I’m guessing its from Batgirl. So exciting.

I LOVE this pic!

Also need to watch Batman 89’ one of these days before The Flash + Batgirl. Watched Batman Returns a bunch as a kid on tv. Can’t wait to see him in the DCEU

Is Batman Forever and Batman & Robin canon to the DCEU now that Keaton’s back?

What about the Batman 89 comics?

Not sure, I’m not familiar with the comics.

During the Crisis TV event, they designated it as on Earth-89. I think the logical assumption would be that there is a Earth-95 (Forever) and Earth-97 (and Robin). We might have to wait until we get closer to the Flash release to know.

During the Crisis TV event, they designated it as on Earth-89. I think the logical assumption would be that there is a Earth-95 (Forever) and Earth-97 (and Robin).

To me, the Burton and Schumacher movies are in the same universe (Forever references Batman and Batman Returns, afterall), but for those who want them separate, I feel the Earths would be:

As for the photo, very cool. I would hope that as Keaton signed on for Batman again, he quoted himself from Multiplicity to whomever was in the room he signed the contract(s) in by saying “We’re gonna kick some ass!”

Schumacher’s films undoubtedly happen in Earth-95, which is a universe that is nearly parallel to Earth-89 up to a certain point, albeit with a few inexplicable differences in characters’ ethnicities.

Batman '89 seems to ignore the two Schumacher films, just like Superman Returns ignores III and IV. This was seems to be so they can stick to the darker tones of the Burton movies. As for the upcoming Flash and Batgirl movies, we’ll just have to wait and see. Either way, I grew up with Keaton’s Batman and I can’t wait to see him on the big screen.

I should also note that in Earth-95, young Bruce isn’t wearing a hat on the night that his parents were killed. That fact has bothered me since I first saw Batman Forever, but now that I know it’s in an ever-so-slightly-alternate universe, it’s okay.

My Earth-95 and Earth-97 theory is only steeped in the notion that if Batman Forever and Batman and Robin are on the same earth, then Kilmer and Clooney are the same Batman. I hold out eternal hope that they could both be referenced someway, somehow. 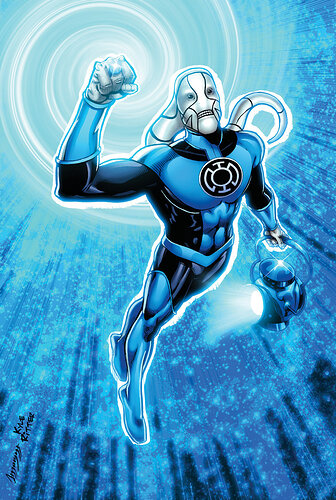 However, that’s what we nerds do, so shine on, you avatar of hope, you!

notes that he will always insist the Burton and Schumacher movies are in the same continuity, because they are, but also because a hat isn’t enough to upend the continuity table in his four eyes

Now, if Sam Hamm insists Chase Meridian didn’t exist in “Batman '89 II: More Continuity Contradictions for You”, then there’s going to be an issue…

To the topic at-hand, I love Keaton’s enthusiasm over playing Batman. Not just for The Flash and Batgirl, but just in how he talks about the role in general. He was and is very protective of it, and takes a great deal of pride in playing the character.

Doug Kinney, we salute your dedication to The Batman!

notes that he will always insist the Burton and Schumacher movies are in the same continuity, because they are, but also because a hat isn’t enough to upend the continuity table in his four eyes

Oh, that hat is the most important detail of all. But I might also point out that we don’t see two gunmen in the Batman Forever flashback, and the actor who plays their killer is credited simply as “Shooter,” not as Jack Napier (or Joe Chill, for that matter). Maybe Zero Hour led to a slight reboot in the Batman cinematic universe just as it did in the main DC universe back in 1994.

We already know that the Birds of Prey series universe (Earth-203) is somehow connected to the Burton films, so it’s likely that there are a set of nearly-identical worlds out there that include some version of the events from Batman and Batman Returns in them.

He was off using his AmEx, what’s there to complain about?

“Don’t leave home without it!”

BTW @AlexanderKnox, have you heard the latest about Johnny Gobs?

secretly hopes that Johnny Gobs makes a cameo in The Flash

Saw it when it aired on The CW, but thank you for posting it so that folks who haven’t seen it can do so.

The Burton/Schumacher movies are all on one Earth, and I’m sticking to it.

SN: So…did you hear about Johnny Gobs, or not? Word has it that he took a tumble off a roof like a…flash.

The Burton/Schumacher movies are all on one Earth, and I’m sticking to it.

Are Superman III and Superman Returns on the same Earth, too?