Batman: Mask of the Phantasm 25th anniversary theatrical release on 11/12: Who's goin'?

I’m looking forward to it. Have never seen MOTP in a theater. Is anyone attending this one day only event?

I’m planning to! Unfortunately, our theater here in the city I live won’t be showing it so I’m going to take my Girlfriend on a roadtrip & spend the day with her, then before we leave we’ll see it & come home. She’s never watched it before so it’s cool to see her reaction on how it plays out. I think she thinks it’s just a typical Batman cartoon. I should say she’s never seen Batman animated series either. Also Can’t Wait to see it on the big screen. I missed my chance when I was 5. 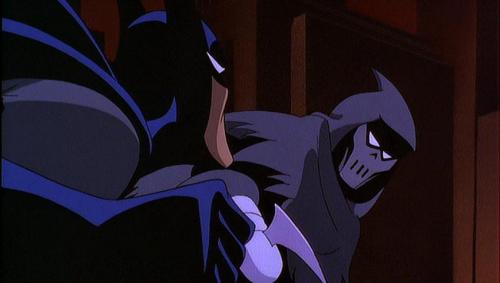 I need to look it up. Thanks brother.

Just a lil’ bumparoo in case anyone’s interested that wasn’t already aware of this.

Siskel and Ebert two thumbs Up.

I went with my roommate tonight who had never seen it. He really liked it and for me it brought back wonderful memories. I had tears in my eyes the whole time. I really do think it’s the best Batman movie ever.

Really enjoyed it. I saw a guy wearing a nifty looking Nightwing leather jacket. I saw him when I walked into the lobby and thought “I’ll bet he’s here for the same thing I am.” Sure enough he came into the theater shortly after I did. There were maybe 20 people at my showing.

I thought this was supposed to have a Looney Tunes short before it. That was promoted in the Fathom Events trailer. At my showing, the movie started and that was that. Oh well. MOTP is the best Batman movie and this solidified it. Now to anticipate Fathom’s Superman: The Movie event!

Tfw I learn about this on the 13th…