Since Batman and HQ is coming to DCU, finally a lot of folks will be able to see it.

To me it provides a lot of background that we generally wouldn’t know. Such as the guy who stood her up for prom, and she stills holds that grudge.

The biggest insight to me is when they are in the bar and to get the information, she has to do “hanging on the telephone” by Blondie. I know Dini wrote her initially and modeled her after a specific person, Arleen Sorkin. But as characters grow beyond their creator, I wonder if some writers and artists were inspired by Debbie Harry, the faint woman for Blondie.

We know from Mad Love in BTAS that her standard hair color was blonde. Her build was also similar. Her sense of humor was close as well (Contact in Red Square by Blondie, as an example) Harley has a sense of joyous abandon which Debbie Harry certainly had on stage in the 70s thru the mid ‘90s. She took time away from her career to care for her partner, Chris Stein, thrusting a very serious illness. Which seems like something Harley would do. She is a very caring person for those she is close to.

I never really thought about it or saw it until she did the Blondie song in Batman & HQ. Then the puzzle pieces just sort of fell into place. She and Dennie Harry have many things in common. I’d made me wonder, if even subconsciously, writers saw a parallel between the two.

I welcome the thoughts of others on this concept.

So @DeSade-acolyte, my thoughts were this.

First of all, I thought, oh Desade wrote an article about Harley. This ought to be interesting because #1 I love Harley, and Batman, and them much more together. #2 I’ve read many of your posts and found you to be very insightful. It seems you have a lot of DC (and other) knowledge and it seems you research and or give a lot of thought to your comments and posts.

But when I started reading your article the only thing I could think of and picture in my head was Blondie’s Rapture video from 1981 on MTV. And then I thought very apropos analysis of Harley Quinn/Debbie Harry. And when you welcomed us on our thoughts on this concept my mind went to 1979 (something, something countdown) Blondie’s One Way or Another performance where they’re on stage and Debbie is singing with the fog machines covering the stage in FOG, and she’s wearing some lingerie looking outfit, ducking in and out of the fog with a crazy look in her eyes as she’s singing with the band playing like it’s just another gig. I thought wow, she’s a lot like Harley. I love Paul Dini’s original take, but I think your analogy is very apropos indeed.

Unrelated, but I just saw this movie and I now understand what everyone means when they refer to “the nuclear option”… This entire time I thought Harley had access to some sort of top-secret nuclear-weapon stockpile or something, so I was NOT expecting it to be what it actually was. Lol.

@DeSade-acolyte David Ayer & Co said they modeled Harley after Debbie Harry for SS. I think that’s a direct influence on this song choice for the movie. “Hangin on the Telephone” (one of my personal faves) is also a song about longing—an almost compulsive desire. And we all know Harls can be a little emotionally needy. A+ for the deep cut goes to the Batman & HQ team, for sure. 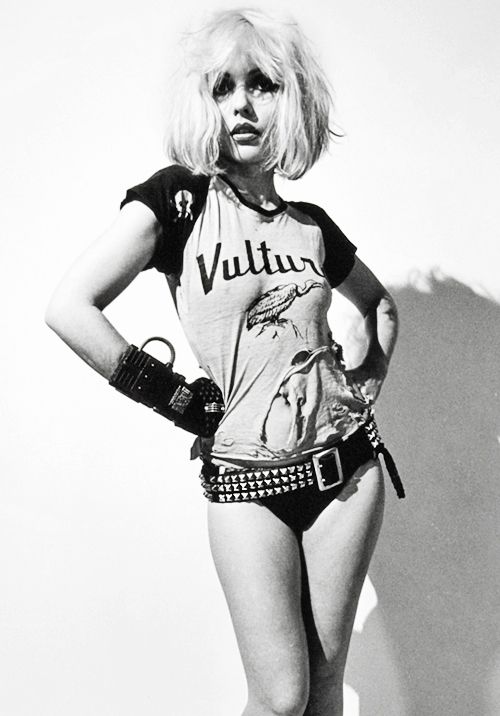