Batman: A Comic or Cartoon character

Yesterday I saw a clip of today show of Dr. Phil where he has a guy who think he’s Batman. In the clip Dr. Phil said Batman is a ‘Cartoon Character’. I strongly disagree with him. Batman is a comic book character. So do you think Batman is a cartoon character?

To most people who don’t read comics Cartoon and comic book are in a changeable.
But Batman is a comic book character

The farther back you go in history, the more the phrases “comic” and “cartoon” are interchangeable. To this day, many comic writer/artists call themselves “cartoonists.” I’m going to chalk this up to regionalism. No foul.

Comics and animation are very similar mediums, with the biggest difference being that animation has movement and sound. Phil isn’t entirely wrong in all honesty.

Technically speaking, Batman is a comic book character since he debuted in the comic book medium.

I told Phil to read comics once and the below was his reaction (good thing I had a camera, huh?): 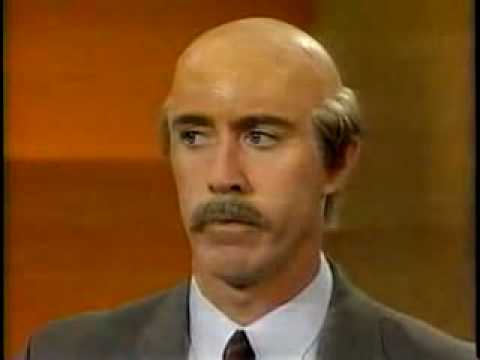 Batman is a comic character. Dr.Phi is an idiot

He’s a FICTIONAL character let’s leave it at that

Him being a doctor is more fictional than Batman.

It may be a gaffe on his part, but since comic books, comic strips, and newspaper cartoons are closely-related media, it’s not a big deal. Besides, how many modern Batman books really qualify as “comic” or “funny” anyway?

First off Dr Phil is wanker.
With that said Batman appeared in both comic books and in a comics strip (both of which are cartoons)
Like Dr Phil was using cartoon in the derogatory sense of caricature or travesty.

Dr. Phil is a cheap substitute for Satan.

Dr. Phil is a cheap substitute for anything. Quality TV, a good way to spend your time, etc.

you guys are being a lil hard on Mr. Phil…

Dr Phil is but one of many in tv history that are basically one step side of quackery. You can’t do serious psychological insight into a patient in the time allotted, nor in publicly broadcasting it, really get into the fundamentals of that person. These folks are quite literally “pop”, pop psychology.

Depends on the medium.

Doctor Phil is all right. I think he could help the League sorry out some feelings if he were at the table. Joe Rogan had Dr. Phil on his podcast. Joe goes as far as to ask him about the “kash me ou’side” girl. Hahah. Check it out, YouTube search Joe Rogan Dr. Phil.