Babs Is the Best Bat!

I work MAAAAAD overtime this time of year all the way through January and it’s what I use to fill gaps in The Stacks and buy the more expensive collectors comics. I was looking at some old Batman books online and that along with a conversation I had here about how awesome Batman is, I started thinking…

Yeah. He has a tragic past, but let’s take a look at Barbra Gordon:

Babs’ brother has been refered to as the most skilled murderer in history. Not only is her dad a workaholic, but he’s a workaholic with a man-crush on Batman and very little time or attention for his family. Her mom is dead. Let’s not think about the heinous things Joker did to her…it’s best not to think about what Joker did to her but what he did wound her up in a wheel chair.

But even with a her mobility dependant on a delicate high-texh spinal implant she’s still out there jumping from rooftop to rooftop trading blows with baddies with nothing more than some back alley martial arts training and some gym time.

Recently in Batgirl Issue #38 we got a look at her on her bed in her crummy apartment SEWING together old bits of costumes to make one complete one. No high-tech bullet proof nano fibers, just some string and bargain bin yardage from Michael’s.

What I’m getting at is that on his best day Bruce Wayne, with or without the Cowell could never be anywhere as amazing as Barbra Gordon.

Barbra Gordon is the strongest of Bats. 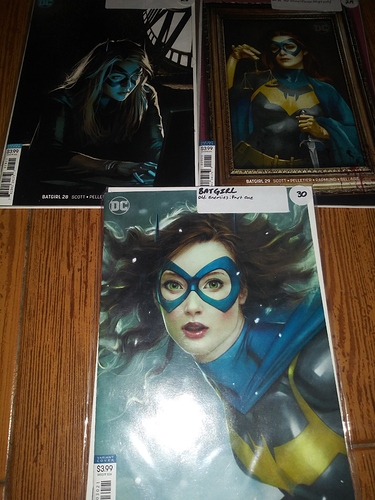 Hey, all love, and Babs is a fabulous character…but she’s not even the best Batgirl. I’d vote Cassandra or Stephanie for that. I did dig me some Oracle, though. The Oracle/Black Canary relationship was one of my favorite friendships in comics.

So what makes you say that?

Is it her inner dialogue with her pushing herself through her pain and doubts to eventually conquer? If that’s so, IMO that not only makes her more real, it makes her stronger.

Even Superman doubts himself. You don’t have to be constantly confident to be a good hero, you just need to be heroic.

No, it’s nothing at all against her, I just found Cassandra’s background and what she overcame to be more interesting. And I loved the mentor/mentee relationship that Steph and Barbara developed.

Having a paraplegic contribute so much to the DC Universe was astounding and unique and it’s disappointing to me that they moved away from that.

I’ll look in to Cassandra and Stephanie’s stories but after re-reading Killing Joke digitally and getting caught up on my comics here at home, right now I’m a pretty solid member of Team Babs.

Especially after this page…this page pulled some major heart strings: 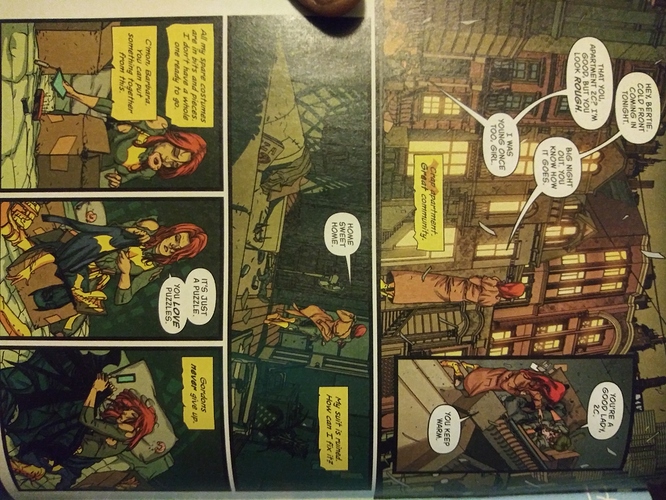 Thank you for turning me on to the material though. I’m ALL ABOUT some extra reading!

While I’m passing out recommended reading, I don’t know if it’s on here but if you ever have the chance, check out Batgirl Special #1 from 1988. That stars your gal & you’ll dig it.

I’ll read it tonight or tomorrow.

It’s all over ebay for CHEAP! And it says it’s her last case before Killing Joke.

This just convinces me further to order Killing Joke. I’ll probably get both at once. 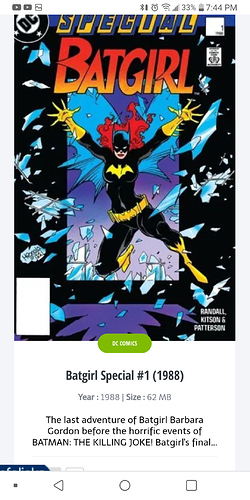 Obviously, Killing Joke is a linchpin in her history, but she’s not in much of it. But that is my favorite Joker story ever told. In any media.

Joker is my favorite character of all time. I have to lean toward The Death of the Family Joler as my favorite Joker, but this was a good story as well: 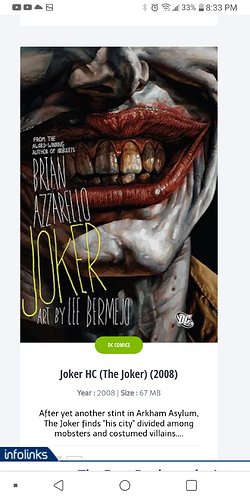 So I have a lot of love for all the batfamily members, but I’m in agreeable with you on this one. For me particularly, her relationship relationship with Commissioner Gordon has always resonated deeply with me. It also may help that her brother is my favorite bat family villain, and she has a critical role in many of the James Gordon Jr. stories.

I like story debth and repeatability. And it’s why I like Batgirl. Her story is super huge and has so much happening. She’s what I would be like if I were a Bat-person. I have nothing close to Bruce Wayne’s resources. I’d be in my bedroom sewing my costume by hand and at a gym sparing with sweaty dudes.

Red Hood is my favourite DC character next to Joker, but my love for Jason has nothing to do with my belief that Babs is the toughest Bat.

I’d hate to spoil the mood, but Cass is the best…

Finally, someone feelin’ me! Stephanie Brown as Batgirl was great, too.