If I can stay with Captain Marvel for a moment more (sorry, Shazam), Jerry Ordway (in my humble opinion) gave us the best modern day interpretation of the Marvel Family and the whole Shazam universe, during his run on the character. It was during that run that we find out about Billy’s parents, C.C. and Marilyn Batson.

They were archaeologists, and damn good ones. Before leaving their children orphaned at the hands of their assistant/assassin Theo Adam. Other noted archaeologists (before Indiana Jones and Adam Strange of course) back then, were Carter and Shiera Hall. During this pre-Rebirth period, did the Halls and Batsons ever meet? If not, they must have at least been aware of each other. Archaeology’s not that big a field.

During the time that passed before the first appearance of Captain Marvel, and after the Batsons were murdered, did the Halls ever look into who did in, two of their own? And is any of this even relevant anymore, since Dr. Manhattan altered much of the past to establish the new DCU? Curious as always, good sir!

What companies did dc buy out what other golden age companies are relevent; charlton, EC, Fawcett, Prize, Quality

Okay. I know a little bit about this. DC and
a company called All-American were basically co-publishing comics in the 1940s. National, which was DC’s official name back then, had a business agreement with All-American which i believe included some funding. Hub can correct me for anything i get wrong or misremember. Anyway the deal only lasted a couple of years until the parties realized it wasn’t working and DC bought out AAs interest thereby gaining full rights to Green Lantern, Flash, Wildcat and the rest of AAs stable.
The next big aquisition came about because of the famous DC/Fawcett lawsuit. DC sued Fawcett claiming Capt. Marvel was too similar to Superman. After years of litigation DC won and without their big gun Fawcett couldn"t stay afloat and eventually sold most of their properties to DC. DC got the rights to Blackhawk, G>I> Combat and Young Romance i believe. They also got the rights to the Marvel Family but didn’t really use them. And for some reason it appears they didn’t get full rights to the rest of the Fawcett stable til the late 1980s.
They bought Mad Magazine from EC and maybe a couple more I’m not sure.
Charlton didn’t start up until 1944 and wasn’t bought by DC until just before the Crisis in 1984. While Fox and Fawcett had sold some of their characters to Charlton; Charlton didn’t really use them except for Blue Beetle so most of them are now in Public Domain.
That part is clear. After that it gets murky. I have seen stories at various times that state DC may or may not have owned the rights to the publishers of Prize and Better/Standard/Nedor as well as pulp character Jim Anthony but usually the legal tangle is such that its probably not worth pursuing if in fact its even true.

And then there’s Wildstorm.

I live right outside Hub City. The name Hub City is plastered everywhere. 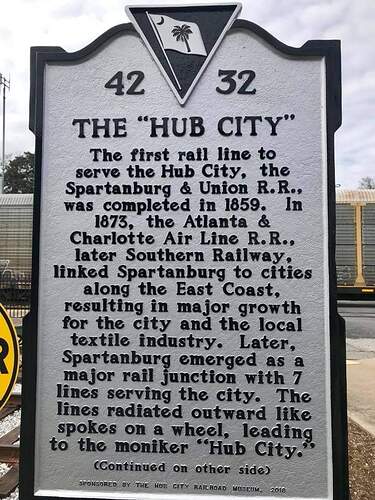 Now that I think about it…

Is Hub City near Conjunction Junction?

Put on a flesh colored mask and a blue suit, find a karaoke bar, and start singing “Danny Boy.”

Where can i find reprints of new fun 1-6

Wildstorm isn’t a Golden Age company. The Question was about GA publishers. But yes, DC bought Wildstorm too.

Sorry, it read as 2 separate questions.

Assemble a group
To fight against some villain

What was the issue and what villain?

Good ole’ Metamorpho. I keep forgetting about his origin, thanks to the Orb of Ra. And how that (thanks to clever writers) has come to tie-in with Hawkman’s ancient past. And likewise interaction with others of that era, as you’ve mentioned. Got me wetting my appetite even more for the Black Adam movie. Pretty sure that all took place in a JSA issue, but I couldn’t tell ya what #, or when. That’s why we got Q!

What circus was Boston Brand working at when he was murdered? And what city?

Both Boston and later, his twin brother Cleveland (yes, they were named for the cities) worked for the Hills Brothers Circus, at different times. Boston, being the original star attraction. I could be wrong here, but I don’t think that the cities where they were murdered, were ever named. Q may have more info on that, than I.

question who your archenemy how do you take them down

Deadman’s from gotham, right? and was the flying graysons replacement i thought.
I think the start of that egypt storyline is in jsa #22 “The Return of Hawkman”

So vertigo has “off the ledge” which is basically a month to month checklist in the back of their comics, does dc have anything like that back in 1998?

Deadman’s from gotham, right? and was the flying graysons replacement i thought.

Well, seeing as how it’s Batman Day around the site, seems only appropriate that I put forth some Batman related inquiries. So, here’s a few for you to chew on, good sir. First up …

Decades ago, many prolific and talented “ghost artists” labored under the Bob Kane “banner” at DC. All this, well before the company started naming their creative staff with story credits. And, before mister Kane started having his one-man art shows around the country. Taking full advantage of Batman’s tv popularity. I managed to see one, once. And unlike fine wines, his art did not get better with age. Clearly his best days, were behind him. But before that, what was his last official art “job” at DC?

Next up, Dr. Simon Ecks. He created an energy duplicate he called Double-X, back in the late 50s. A super-villain who always gave the Dynamic Duo a hard time. And, who’s appearances I always enjoyed. Has anyone put the " Diabolical Duo " back in play as yet, in the new DCU?

Last but not least, whatever happened to the Mystery Analysts of Gotham City? A club of various detective types, of which both investigative reporter Clark Kent and Batman were members. Story lines (as I recall), that would have been right at home on the old Kellogg sponsored Superman radio program. Clearly, the Man of Steel and Caped Crusader are far to busy these days for such get-togethers I suspect. Did it disband, or has it just been forgotten? That my dear Q, is a “mystery” I’d like you to solve.