The CW’s line of DC shows are unlikely to crossover with the DC Universe original shows.

It appears that the widely celebrated Arrowverse and DC Universe original shows are not going to crossover according The CW‘s president, Mark Pedowitz

During The CW panel at the Television Critics Association conference, Pedowitz explained that there aren’t any discussions currently going on behind the scenes about a potential crossover between the two DC-based universes.

Now while this may seem like bad news for people who were hoping to see the characters come together it isn’t completely. The DC Universe original shows are still very much in their infancy at this time and have yet to all premiere and therefore could potentially crossover with The CW shows in the future once they’ve become more established. I doubt the showrunner for most of these productions Greg Berlanti has ruled out the idea, either. However, until we hear otherwise they are unlikely to crossover. 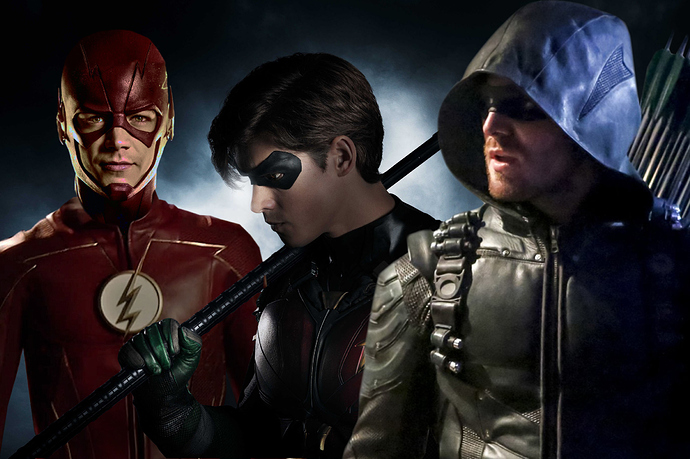 Good. Everything doesn’t need to cross over and be connected to everything else all the time.

The MCU hasn’t officially crossed over with the Netflix Marvelverse either (and probably never will all things considered). I mean, not ever TV and movie series universe has to crossover with one another. Sometimes, it’s okay to have separate continuities.

That’s good news to me

No one is mad about this at all

@Vroom I tend to agree. The DCU shows are so much different, while my inner fanboy would love using the multiverse as an excuse for some kind of crossover, I think superhero movies and shows are way to about world building and making everything connected to everything else. Tight continuity and world building is fine, but the first goal of a TV show is to entertain. Not to mix two shows with vastly different styles and conflicting backstories to each other under the guise it needs to have someone from a different show to matter.