Yeah @FrankMiller I’m done arguing. We can both exist with our own opinion. No need for aggression. We could both stand to learn a thing or two from a friend of mine 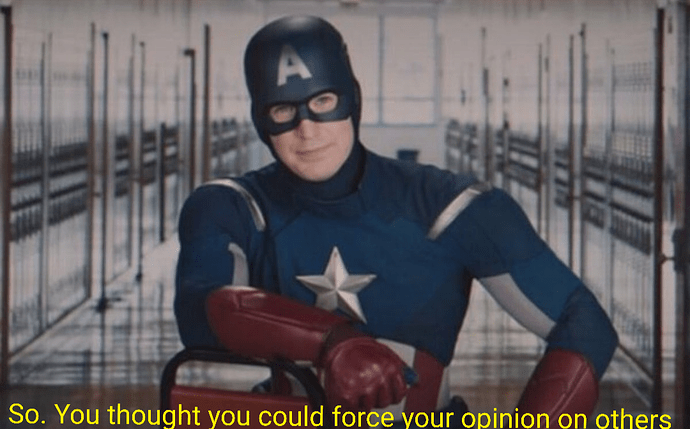 You’re right Spike, I think I made this thread looking for agreeable opinions and I should’ve realized everyone gets to feel how they feel. If I, a Batman v Superman: Dawn of Justice (2016, dir. Zack Snyder) fan enjoy the film, I shouldn’t belittle those who don’t. Maybe we can be friends. Even if I fundamentally disagree with you using that Captain America picture.

Thanks Applejack, you’ve done the impossible and brought us together as friends. We don’t deserve you. 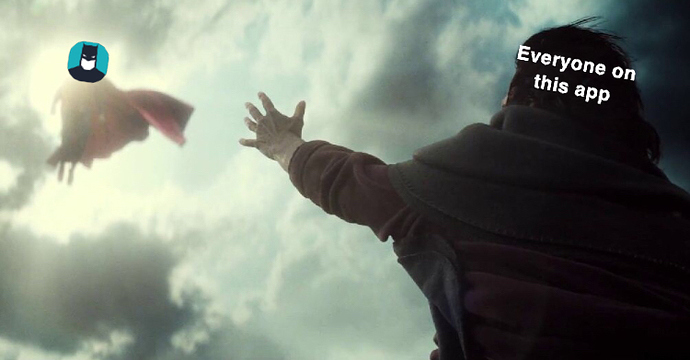 @FrankMiller an alliance has been formed 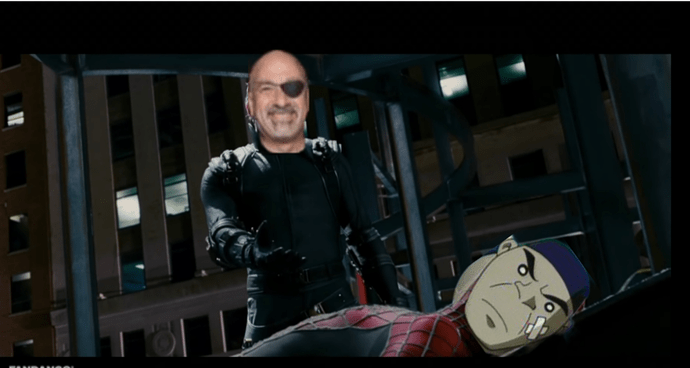 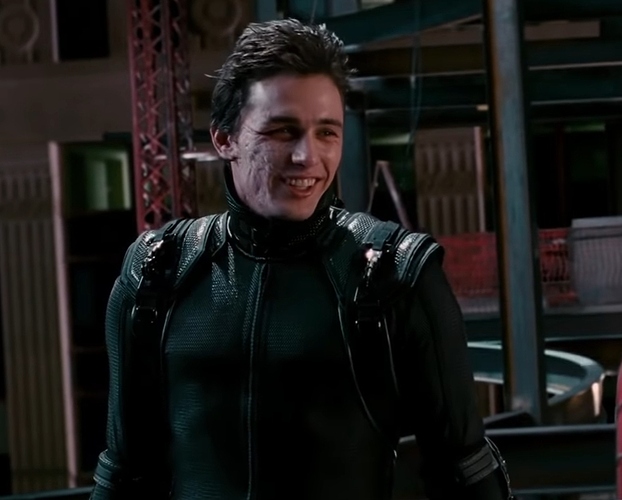 I like the movie and find it more rewatchable than 75% of the MCU. I’m not blind to its faults but I find when any of the Trinity are on screen they have a spark together. The political stuff wastes too much time and Lex could have gotten where he was going without it.

@FrankMillerIsMyDad
You pose the question of if one thinks it’s underrated. So it shouldn’t be a surprise that you are going to get contrary opinions to what is currently yours.

I don’t find it underrated. It falls far to afield from canonical sources (MoS & JL did too.) the only way the film(s) make sense is as an “Elseworld” trilogy. If only DCEU and/or Mr. Snyder would come out and day as much, they would be easier to stomach, IMO. MoS and especially BvS, do a poor job of developing the base psychological constructs of Batman and Superman for the choices that the characters make, so I find all three and BvS especially built on a foundation of sand. As such the crumble under their own wait. They gave Snyder far to much “control over his vision”, an issue I don’t think they did with Watchmen, which I take little objection to from Snyder’s directorial choices. He stuck pretty close to source material on that.

Far from underrated, I find it highly overrated. That’s my opinion, it might be in sharp contrast to yours. To each their own. I will confess that Mr. Snyder’s response to his critics has only reaffirmed my position. As an artist at some point you merely say, the film speaks for itself rather than the constant need to “defend your vision”.

DC and Snyder have parted ways, his tenure is done. Move on Zack.”, DC has and with greater financial success when looking at return on investment, and that is ultimately the only metric that counts in the movie biz. The box office numbers vs budgets speak for themselves. That item is not debatable, it’s the economic reality.

It’s one of the all time great super hero movies. The MCU, now that’s way overated.

@Desade-acolyte. Omg so well said!!! The whole wake the eff up thing was ridiculous. I love the elseworlds idea. Idk why DC doesnt say that for every adaptation. I mean I feel like we could control a lot fan outcry by saying it’s another universe that similar but different to the main one

Nope I don’t think it’s underrated. I think it deserves its place in the cinematic landscape as the example of what not to do when you want to set up a cinematic universe.

I think it’s underrated, yes. At the very least it’s overly maligned. I’m fully aware of the film’s weaknesses but critics tend to completely ignore the film’s strengths, which there are plenty of.

The first time I saw it, yes I felt it was underrated. However the movie gets worse every time I’ve watched it sense. I’ve seen it 4 times now and don’t plan on viewing it again for quite some time. When I do maybe my feelings will change.

The first time I saw it, yes I felt it was underrated. However the movie gets worse every time I’ve watched it sense. I’ve seen it 4 times now and don’t plan on viewing it again for quite some time. When I do maybe my feelings will change.

… Now Justice League is extremely underrated IMHO. It gets better for me every time I see it.

JL gets “cuter”, every time I watch it.

It is hard to understand how Justice League can be underrated with quotes like “You smell good.” “Did I not before?” Plus, if the theatrical version gets lost in the woods, Zack Snyder might be able to shine some light with the Snyder Cut.