Anyone Else Wish They’d Focus on More Minor Characters?

If you read some of the comics from the 90’s you’ll see that there’s a lot of focus on more minor character that are usually side stories or plot devices. Now that we have DC Universe it’d be nice for them to have more stories focusing on characters you don’t hear a lot about usually, like The Spectre, Lobo, and any other character that doesn’t get much limelight.

There’s actually a Spectre storyline going on right now in Justice League! And Lobo was a major part of Justice League of America, from 2017-2018.

On one hand, yes. I would like to see some of the JLI characters given more time in the spotlight.
On the other hand, no. This is only personal preference, but it seems like some writers find an obscure character to pump up and then drive it into the ground.

I’m really happy Shazam has finally gotten a new series I hope it sticks around for a while. But I would love it if we could get more villian series that aren’t just from batman. Like a gorrila grodd comic would be cool.

I’m not trying to showcase my love for O’Neil here, but I’d be happy if The Question and Azrael were in every third DC title I read.

I know they’re used some here and there, but it doesn’t suit me. Joshua Williamson couldn’t get Azrael right. I don’t think this helped him win over any new fans, and I don’t count it.

Eh, these things come in cycles. There are always new/minor characters that DC is trying to push into the limelight in any given year. They usually choose new ones with each big event. If your favorites aren’t getting the spotlight now, just wait a little while…

The 90s is my favorite period for comics! I’d love to see more of that type of writing. There was a good balance of action and character development that seems lacking from some books today.

Though sometimes I’ve been reminded to watch what I wish for…every once in a while they dig up an unused character for a story arc and do no research on them. It’s always depressing to get excited for a character to come back, only to have them be written poorly and with no regard for their history.

I think they need both animation and print to bring back some form of JLU. It was a great showcase for minor characters, and could be basically an anthology series propped up by a small cast of more established heroes. It lends itself to single issue or at worst two issues storytelling format.

I’ve personally grown pretty tired of big players like Superman, Batman, etc. Feels like most of their stories have been pretty repetative in recent years just because they’ve all be running for so long. No hate to anyone who loves those characters or their current runs. I just don’t know how many times I can watch those guys fight the same people over and over again. That’s why I’ve taken a break from reading them. Haven’t picked up their books in about a year.

That being said, while DC’s prime focus are obviously on their big characters, they’ve still released some GREAT minor character stories in recent years. They don’t usually last just because they don’t get the same kind of publicity, but they’re definitely worth a read if you get the chance. My recommendations would be:

Dial H for Hero (2019)
FINALLY!!! Dial H has made a return in the DC Universe and what a phenomenal one at that. The writing in here is great, but the art really takes the cake! Switching styles every time a new hero is called. Definitely a must-read in my opinion.
https://www.dcuniverse.com/comics/series/dial-h-for-hero-2019/d9997f9f-8213-42f7-b2bd-8e7c2bec7d74 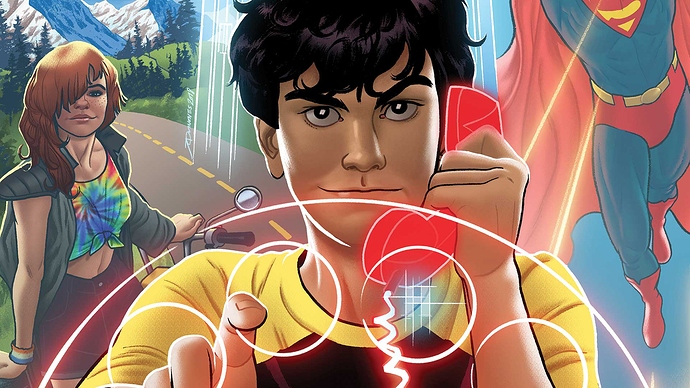 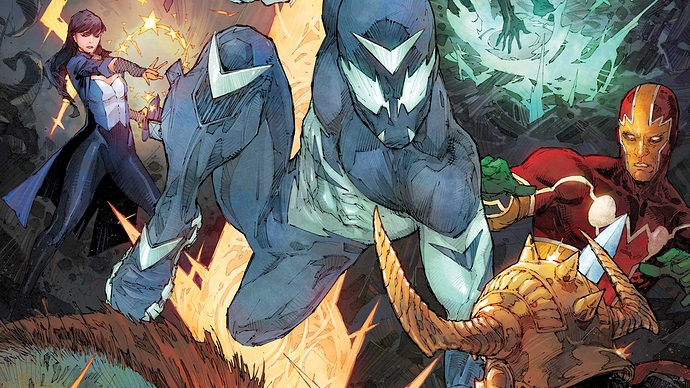 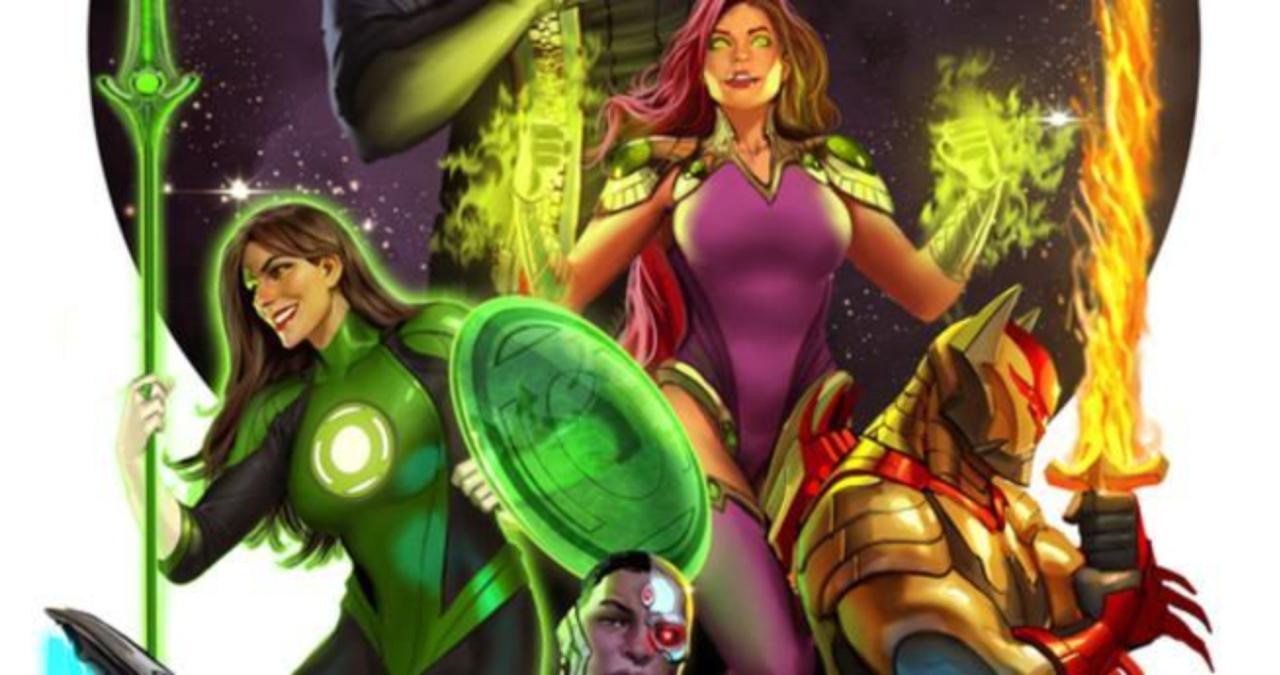 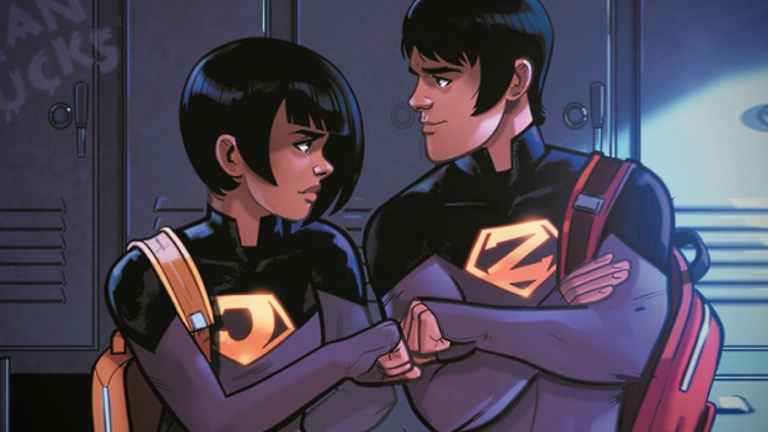 Doom Patrol (2016)
This one may feel a bit out of place for modern runs minor characters. But 2016 isn’t that long ago and it’s important to remember that while Doom Patrol has recently seen a lot of success from the DC Universe show, it’s still not a huge print for DC. It’s something you really only pay attention to if you like comics. That said, this run from 2016 is pretty different from other renditions of the characters. Very light-hearted and funny still, just not portrayed in the same way as they normally are. Definitely a good read.
https://www.dcuniverse.com/comics/book/doom-patrol-2016-1/7bd1eb51-2695-440e-a611-28959b45792e/

Also, if you have access to the DC Universe library of comics, there are so many great stories to read in there from minor characters. I recently got around to reading Geoff Johns’ run of JSA from 2006. Even though JSA is obviously a huge property (especially now with Stargirl), it was a great introduction and jumping off point for minor characters I hadn’t really given much thought to. Hope this is of any help! I also encourage other people to drop some of their favorite modern runs of minor characters. I know Strange Adventures recently started back up as well!

I’m not trying to showcase my love for O’Neil here, but I’d be happy if The Question and Azrael were in every third DC title I read.

I would be down for The Question and The Spirit teaming up! I am not sure if The Spirit is still a DC property but I loved Darwyn Cooke’s Spirit run in the late 00s.

I don’t know how the Spirit works either. That would be cool though.

The last big publisher that did a series with The Spirit was Dynamite with a series by Matt Wagner that ran about twelve issues back in '15, but nothing since. I’m not sure if they no longer have the rights or if they just decided The Spirit doesn’t sell well enough to warrant his own title.

The thing is, DC needs to know what sells, unfortunately. While I’d like to see more variety, market dictates releases.

Note that many people demand titles, and then when DC (or otherwise) offers it, they don’t buy it.

Also re: Spirit. I believe Dynamite currently has the license from the Eisner estate. I do love the Cooke series though.

DC Comics has lacked the leadership to transform their company. Nothing so far makes me think that Jim Lee will be the one to diversify their lineup and broaden their customer base. If anything, it is worse now. Someone on Twitter mentioned that DC currently had 13 books led by a white man, 4 books led by women out of which two are cancelled. I didn’t verify but it sounds probable.

The gaming and animation industry is doing better work on their transformation and pulling everyone in. AAA titles are led by protagonists from all walks of life nowadays.

There are mostly batman readers around in the DC world now. DC has built an anemic customer base by playing their safe cards for too long. Once every now and then they dip their toe to test the waters, but never truly committing. Everything still revolves at the core around the bat and Supes, and someone else can also join in the background and play second fiddle.

That’s not really an attractive pitch though for finding new fans. Why be a Supergirl fan and watch her have a background role in Event Leviathan, or be a mindless goth drone, when I can play Last of Us II or Assassin’s Creed Odyssey or watch Kipo or She-Ra where my hero actually matters?

DC are paralyzed with fear of doing something else than the Bat and friends - they have dipped their toes in cold water for so long they think that the water is going to kill them.

Market dictates what sells, but to reach more markets you need to change and make yourself appeal to the market. It is very very hard to be a longterm DC fan if you didn’t come for one of the big three.

I definitely think it’s worse now than it was even 10 years ago. The New 52 had ongoings for Static, Captain Atom, Blue Beetle, and Mr. Terrific, plus Voodoo, Grifter, and Hawk & Dove. DC You gave books to Black Canary, a new Doctor Fate, Midnighter, Cyborg, and Martian Manhunter. Rebirth was light on lesser known characters because the goal was to bring people back with big familiar names, but at least it had Superwoman and New Superman. And then there was the entire New Age of Heroes. But lately, outside of Wonder Comics and Young Animal, I feel like DC has been sticking with the old favourites too much.

There are so many Batman comics and spin-offs and AUs I’m only vaguely, if at all, interested in.

You know what I would kill for? A Prime Earth reboot of The Authority, including continuing Midnighter and Apollo’s legacy. 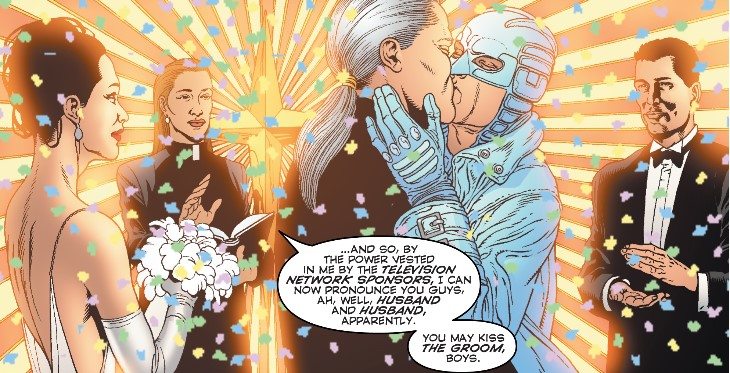 Both BleedingCool and Newsarama have pieces today about the Big Two’s decisions to focus their publishing strategies on the high-selling characters over peripheral and legacy characters – DC from Rebirth onward (in the DiDio interview) and rumors of Marvel heading into 2021.

Books featuring minor characters appear to be too dicey a proposition in the current marketplace.

If the market isn’t there, there’s not much they can do.

People SAY they want these characters to have books, but they don’t go out to BUY them

People SAY they want these characters to have books, but they don’t go out to BUY them

There are several factors that affect that:

How can these issues be addressed?

The Trinity is the Trinity for a reason, Bats and Supes in particular. They sell. And with a few years for both over 80+ years they consistently sell year after year, decade after decade.
I’d be very interested to see just how much money the Trinity rakes in vs everything else combined.

Comics themselves are at a precarious place economically speaking right now anyway. Physical Print is a shrinking market. They need to find a better more sustainable model. But right now, don’t change in any radical manner your cash cows. It’s just bad business. Figure out a more sustainable model, then worry about changing creative directions.

And I say this as someone who is not a big fan of Batman or Superman.