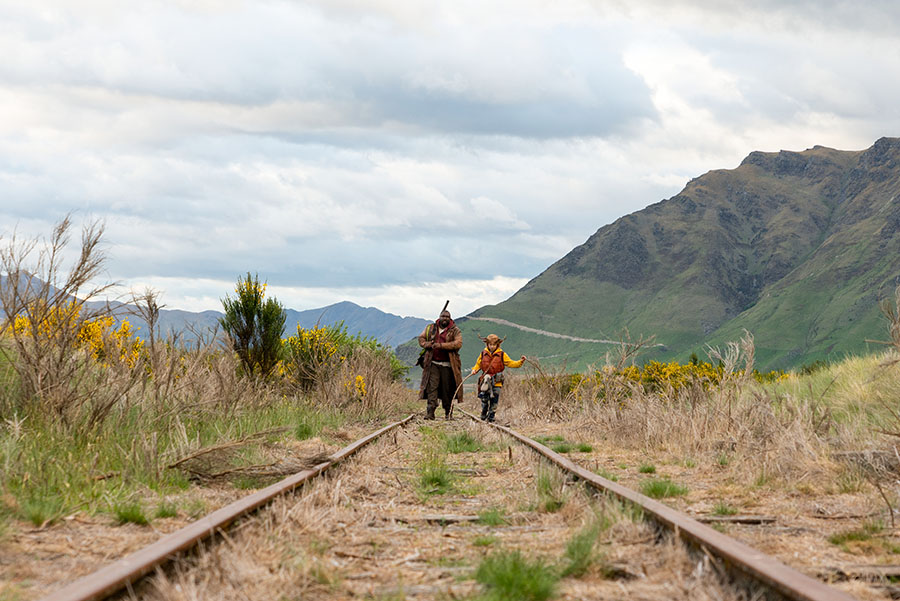 There’s plenty that happens over Sweet Tooth’s eight episodes that you haven’t seen before. Human/animal hybrids! Post-apocalyptic theme parks! Sinister games of Pictionary! But despite all of the show’s sci-fi and fantasy overtones, the most remarkable thing may be the very human—and very unlikely—relationship at the show’s core.

Gus is a human-deer hybrid who has spent his entire young life in a secluded gated cabin with his father. Food, water, shelter, entertainment—anything and everything needed to survive is humbly provided by the woods around their home. It’s all Gus has ever known, outside the stories his protective father has told him about the outside world. Tommy Jepperd, on the other hand, is a grizzled, frequently violent drifter who’s sitting on a lifetime of secrets.

We interviewed Christian Convery (Gus) and Nonso Anozie (Tommy) to talk about their unlikely friendship. We also heard what Susan Downey thought of the relationship!

To read the interview and learn more about Sweet Tooth and Gus & Tommy’s friendship, head on over to DC Comics!

What do you think of Tommy and Gus’ bond in Sweet Tooth? Let us know in the comments below!