Well whether it was initially intended or not, we had those two runs, plus Orlandos run established Etta had been a high ranking official in Argus. So regardless, the canon works.

I’m gonna go with it being originally intended now because I just feel so much better about the whole thing. It’s like I’ve reverted to the best possible timeline in my comic-reading life.

Thinking about it, the start of Rebirth was one of the first WW comics I read. I never would have heard of ARGUS so their involvement never would have occurred to me. I really needed to have everything clearly spelled out. (I’m still probably like that, to be fair.

I’d forgotten all about this. Maybe it really is time for a reread. But I have so much stuff I haven’t even read once yet!

Backstory: Ruler of the planet Mercury, Queen Celerita like all of her kind was a fifteen foot tall giant who possessing winged sandals and winged helm, was capable of flight at incredible speeds, and strength beyond the common Earthling.

Having subjugated her political opponents to claim rule of her planet, Queen Celerita was a tyrant who ruled with an iron fist. Barring the treasured gift of flight to all but her own personal military and chaining those who stood in her way.

Eager to build temples dedicated to herself and slay the builders as sacrifice, Queen Celerita was quite mad with power. 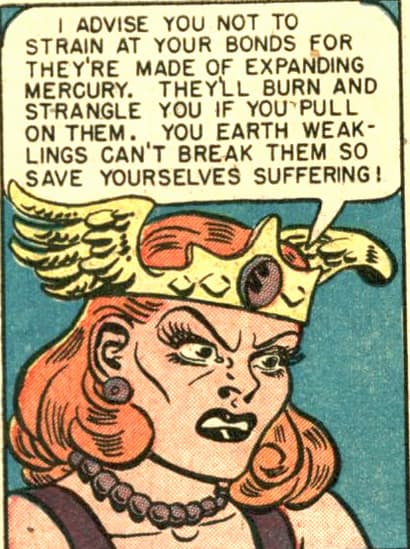 Name: Star-Blossom
First Appearance: Wonder Woman 75th Anniversary special (2016)
Creators: Gail Simone and Colleen Doran
Abilities: Can create any type of flower imaginable from any type of seed, changing their properties to her will.

Backstory: Magical girl pretty Star-Blossom, better known as Peony McGill was a youth who spontaneously blossomed incredible flower power without much explanation one day. Reacting with excitement to this sudden discovery, Peony had picked out a moniker for herself and declared that she was going to use her powers of flowers to help people!

Within a week Peony was going by the name of Star-Blossom and battling supervillains and rescuing those in need. Dispensing sage positivity and goodwill with no hesitation, Peony was an individual shockingly lacking in negativity.

Diana having been asked and deciding to keep an an eye upon the budding young superhero, would mentor the youth who proved herself to be quite capable already.

Backstory: Born in the lap of luxury with a silver spoon in her mouth. Priscilla Rich was one of the wealthy and privileged who could have wiled away her days in extravagant wealth without ever having to work a day in her life.

However desiring to do better and make something of herself, Priscilla took up dancing, becoming one of the most talented ballet dancers in the world. Joining the Junior League committee and becoming its leader, Priscilla would use her wealth and connections to organize fundraisers and events, encouraging people to donate their money to a good cause.

However Priscilla was always someone driven by a need to prove her self worth and the need to build herself up. So when one of her events leads to the crowds denouncing her as a fraud, calling for her head, and declaring that she was worthless and would never be as good as Wonder Woman, this sent Priscilla Rich into a self destructive spiral which lead to her second personality, her inner furry taking control. The Cheetah

A separate entity in all but body, the Cheetah knew everything Priscilla knew but not the reverse. She was driven by the burning need to tear down others to build herself up. Believing herself incapable of amounting to anything otherwise.

Thus the Cheetah whose hold grew all the more powerful the lower her views of self worth and confidence shrank, would difficult menace. Especially so with her ability to bring out the second personality within others and take command of the animal within.
Creating an army of unconscious minions who would go about their daily lives until activated, carrying out Cheetahs nefarious schemes before the second personality subsided, leaving the original unaware of their own actions.

Priscilla Rich a victim of her own dark side might one day be free if she could regain and maintain a positive view of herself once more. However that would be difficult to accomplish when her own family fearing the embarrassment of being associated with supervillainy, publicly disowned her, ceased her fortunes, and adopted a new daughter to replace her… 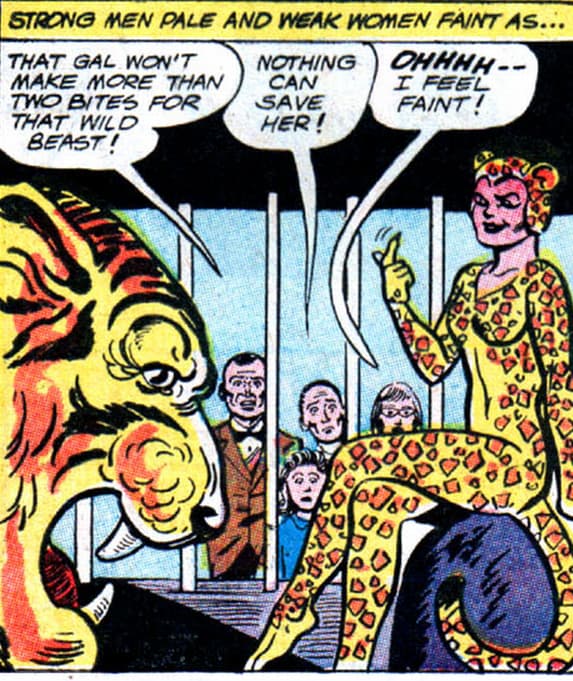 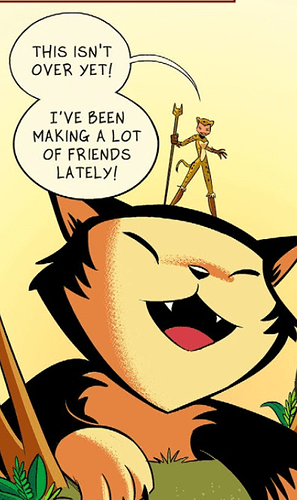 I have no idea what is happening here but I love everything about it.

Backstory: Born in Cephalonia, Greece in 1936. Julia was an average child until 1937 wherin during a storm, the young babe fell overboard. Rescued by the Greek god Thetis, An infant Julia would be taken to Themyscira wherin she would be cared for by Epione who ensured she would not perish.

As is custom amongst the Amazons, when the infant washed ashore, one amongst their number would join with the infant in an Amazonian mind meld to become her ‘Guardian of Inspiration’ Sharing with Julia the guiding light of the Amazons. In the case of Julia Kapatelis, the Amazon in question was none other than Pythia.

Returned by the god back to her parents, the child seemingly just washed ashore on the beach in front of her parents home, miraculously none the worse for wear days later.

Unbeknownst to the Kapatelis family, this event would awaken in Julia a desire for knowledge. So despite hailing from a community where the only career path for a woman was housewife, she would strive to learn. Gaining top marks, she would go to college with a major in history until she met the love of her life David whose passion for archeology led to Julia selecting it as her own minor.

The two would marry after graduating and would travel the world as famed archeologists. Uncovering ancient long lost secrets and spending months at a time out beyond modern civilization to uncover the past.

Julia would get into writing, becoming a famed novelist on the past and the field of archeology, making her one of the most distinquished and recognized names in the field for her blossoming reputation.

When her husband perished during an excavation in Egypt, Julia would go on to settle down in Boston Massachusetts, accepting an offer at Harvard to become the dean of history and geology. Raising their daughter Julia ‘Nessie’ Kapatelis alone. Entrusting in a dear friend to babysit for her whenever Julias career as an archeologist would take her thousands of miles away for months at a time.

When the gods gave Diana her mission to bring peace to the world, they would guide her to Julias doorstep. For her connection to the Amazons meant she was ideal for the task that they needed one born and raised in the world of man.

Julia would aid Diana, familiarizing her with the world and its ways. Becoming a sort of second mother for the Amazon who always kept Diana grounded and could be relied upon as a voice of reason and sound judgment. 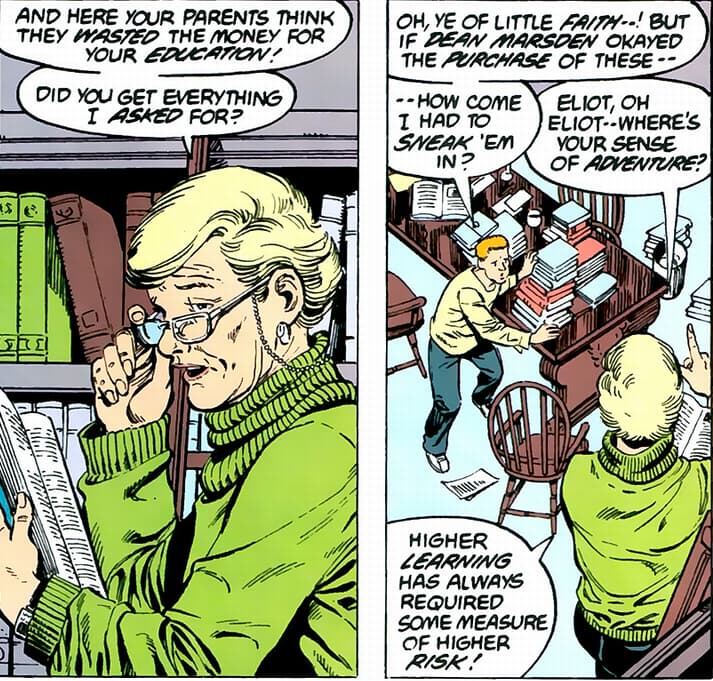 I have no idea what is happening here but I love everything about it.

I love the anthologies! Which one is this from? I may have read it but I don’t remember…

I love the anthologies! Which one is this from? I may have read it but I don’t remember…

i know it was in sensation comics featuring wonder woman though im forgetting now which issue
I wanna say its somewhere in the middle?

I love Priscilla! One of my favorite covers: 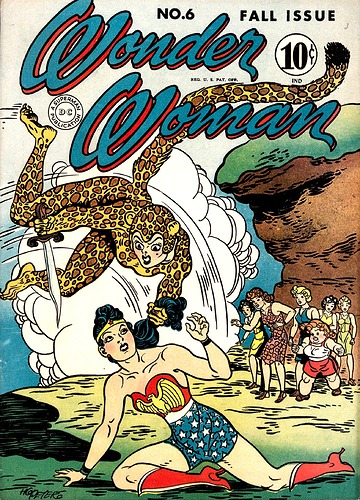 She will be missed.

She will be missed.

Nothing to say she wont pop up again. Her last appearance was only six years ago.And she fills a pretty different niche than the far more physically menacing Barbara Minerva

Barbara was more than menacing to dear Priscilla. I was a bit upset about that.

Not sure which continuity it was from. I’ve read too many WW comics to ever know what reality is anymore:

Barbara was more than menacing to dear Priscilla. I was a bit upset about that.

Not sure which continuity it was from. I’ve read too many WW comics to ever know what reality is anymore:

That one was post crisis and was part of a crossover in which one of the evil Flash speedsters (theres to many, I can’t keep track) teamed up with Minerva.

I swear she also died in one of those 52 or Crisis or something. Sheesh, DC, leave her alone already!

You’ re my hero @nuuninuunani! I just finished Barbara Ann and Vanessa Kapatelis, and I’m genuinely relieved

Priscilla and Julia are done.

I started a couple new ones, too. I’ll

(While I’m here) just gonna leave these for you all… 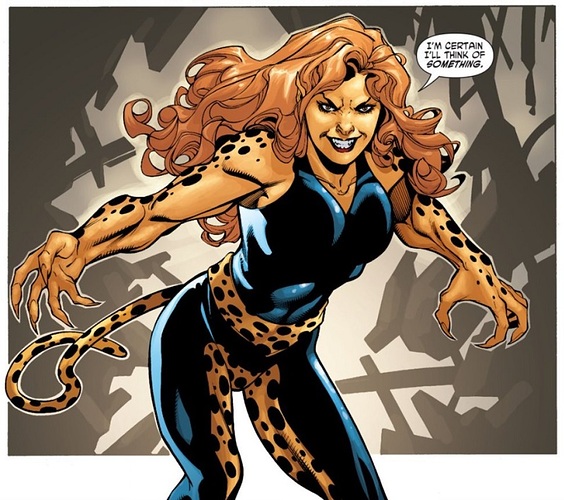 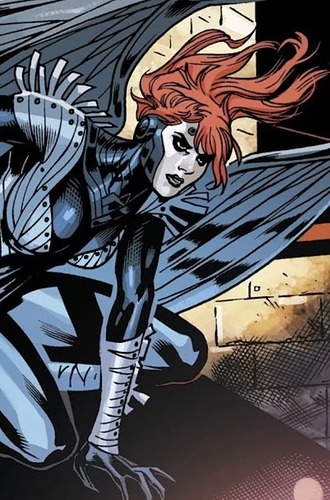 I was focusing on the comics here, but I’d be remiss to not mention the great work of Mr Pine (paging @Razzzcat):

Totally Agree w/ you @Angel212 & @SteveTrevor2.0 I love Steve Trevor. He’s confident, capable, intelligent and, equally important, proud of Diana. That’s a real man, as far as I’m concerned, so I am 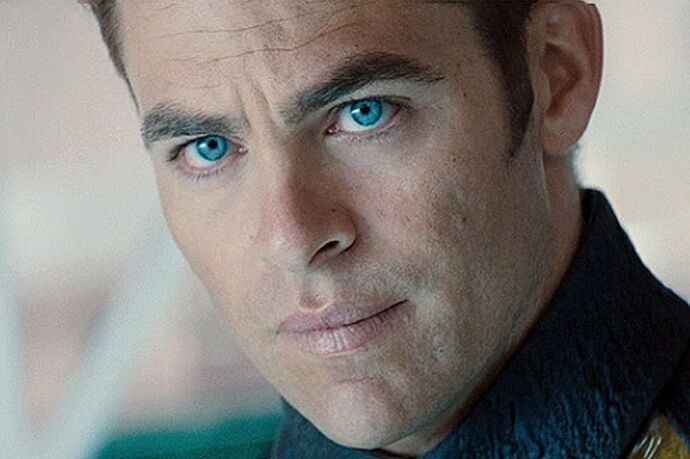 The worlds weirdest chaps. Why didn’t they just put the stripes on the outside—why?! Don’t worry I’m cropping it for the profile, lol.

On that note, just gonna leave this here. 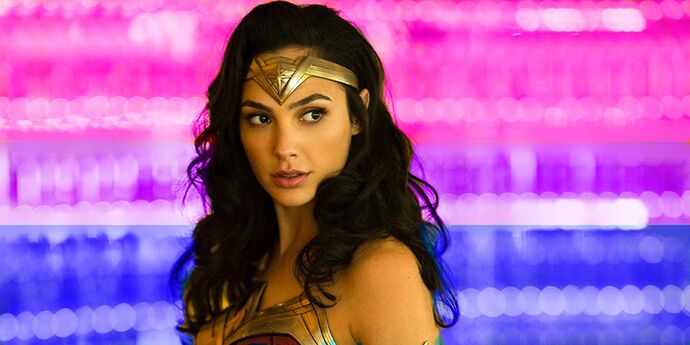 I love Steve Trevor. He’s confident, capable, intelligent and, equally important, proud of Diana. That’s a real man, as far as I’m concerned, so I am

WW 2009 filmmakers: “What if we took away everything good about and intrinsic to the character of Steve Trevor, and instead made him a male chauvinist? There’s definitely not enough of those in superhero stories/media in general and it would be in no way harmful to portray Wonder Woman falling in love with someone like that.”

(Oops, I just had a Strong Opinion again.

Let’s move on and look at some pics of Chris Pine.