Here they are, in all their splendor <3 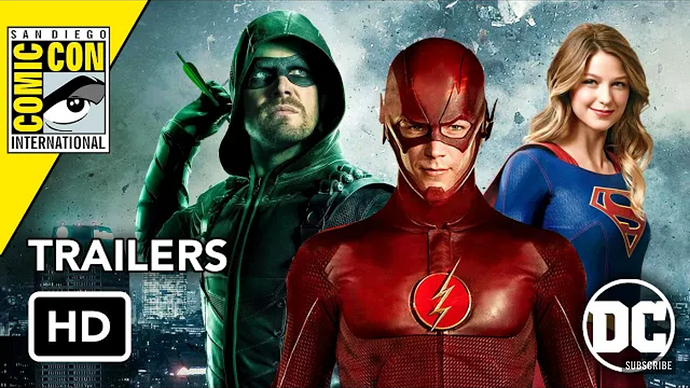 Omg I knew I recognized that voice!!! MOHINDER SURESH FROM HEROES

@Maddox I was a big Heroes fan and I really hope that, at least once, he’ll make mention of “my father’s research!”

that show was great

All trailers look good except Pennyworth. I’m not getting any DC feeling from it. Replace the names of Pennyworth and Thomas Wayne and it could be any show.

Harley’s voice cast is terrible. I’m not feeling Harley at all. Would it have been too damaging for the vocal cords of the voice actress to do a full show with Harley’s normal accent?

What they did with the Arrows for the final season was just brilliant.

Flash seems to have the most interesting plot this season (not counting Crisis). Great cast for a villain.

Supergirl’s plot with obsidian and Jonn’s brother doesn’t get me superexcited. My hopes are that we get some good sideplots and that Leviathan pulls through as a great villain.

Legends had no trailer

I almoay forgot. I feel that show is the least popular out of the 4

Thought the trailer were awesome can wait.
Legends didn’t get a trailer because it’s not coming back until 2020. At least that’s what I’ve heard.

Legends comes back in January of 2020, as part of the second half of Crisis on Infinite Earths. (CoIE is going to be a five-parter: three in December, two in January) I’m guessing that it’s delayed because Crisis is going to effect it in some profound way.

CW has also at times mentioned its reticence for having too many super-hero shows on at once. Five seems to be the point at which they feel comfortable, so when Arrow goes away, Legends will probably take its slot on the schedule.

That’s all I have to say about these awesome trailers!