I was searching through the internet today and found this. It’s a script written by an AI after watching 1,000 hours of Batman movies. It is hilarious. Thought it would be fun to share. Give it a look.

It only the first two pages. 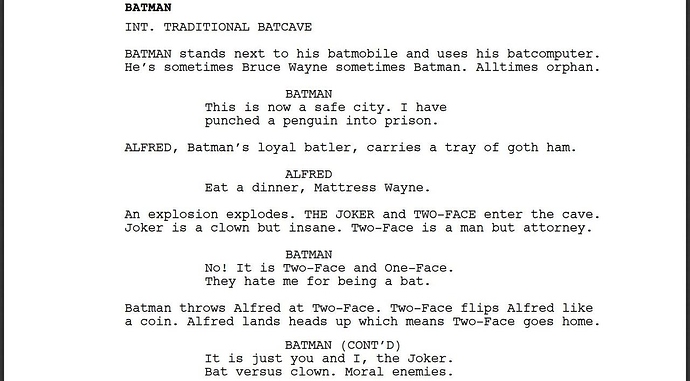 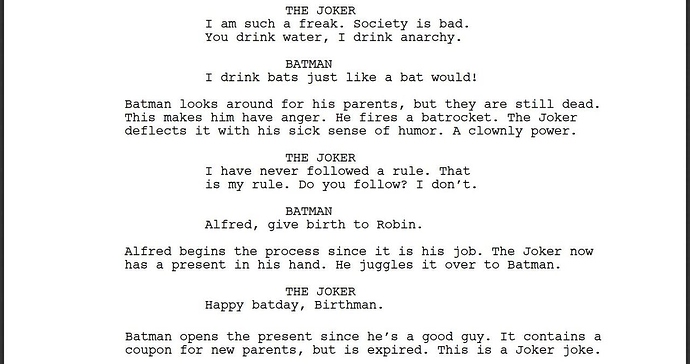 “You drink water, I drink anarchy!”
“I drink bats just like a bat would!”

To paraphrase one Virgil Hawkins: “The miracles of modern technology.”

I’m going to go out on a limb and say that this was written by a human. It’s way too intentionally funny in all the right places, and the person who originally posted it on Twitter is a comedy writer.

Joker has a cruel sense of humor:
“Batman opens the present since he’s a good guy. It contains a coupon for new parents, but is expired. This is a Joker joke.”