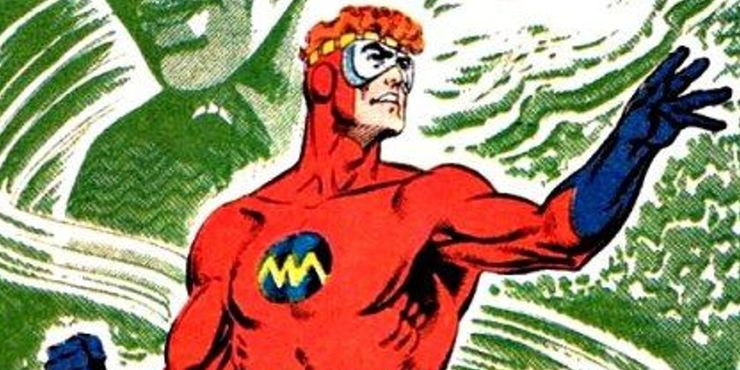 Who is Brainwave Jr? 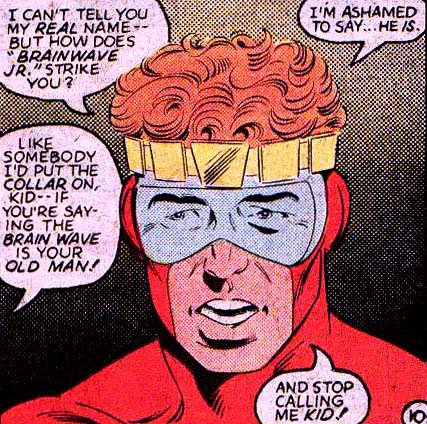 Originally born on Earth-Two as the son of the criminal Brainwave and Gimmick Girl (who was originally written as being tricked into the relation but later openly acceptant of her husband) Hank Jr. was revealed to have inherted his father’s superhuman mental abilities.

Hank Jr. would remain mostly hidden from the condemnation of his famous parents until he attained early adulthood and sought to actively pursue an active crime-fighting career in some measure to atone for his father’s past deeds in his uncle, Sylvester Pemberton, Jr., the original Star-Spangled Kid who was forming a new superhero group called Infinity, Inc… Following his father’s death, he dropped the ‘Jr.’ from his name and began calling himself just ‘Brainwave’.

Infinity, Inc. consisted of many of the direct children and successors of the Justice Society members. Despite their youth the team proved their effectiveness when they defeated their elder heroes when the Justice Society was possessed by the Stream of Ruthlessness. While a member of Infinity, Inc., Hank met and became romantically attached to Jade the daughter of Alan Scott. Despite his best attempts the relationship ended badly.
Post-Crisis
After the disbanding of the original Infinity Inc. Hank suffered a mental breakdown due to unresolved guilt issues over his villainous father and, shaving his head in order to more closely resemble his father, founded the Legion of Doom and used them to attack a branch of the Justice League. He was captured and sent for psychiatric treatment but was not cured. Black Adam used his mental instability to convince him to join his crusade to free his native Kahndaq and bring peace to Earth as Adam saw fit. During the ensuing battle against the JSA a miniaturized Atom entered Hank’s head in an attempt to destroy the growth that gave him his powers. Inside Hank’s head Atom found that Hank’s brain was actually harboring the parasitic worm-like Mr. Mind who was using him as a source of food and development while amplifying Hank’s telepathic powers and the real cause of his mental problems causing him to run amok acting villainous. Hank was saved from Mr. Mind by Atom treated by his fellow JSA members and eventually turned over to the care of his mother, Merry Pemberton. 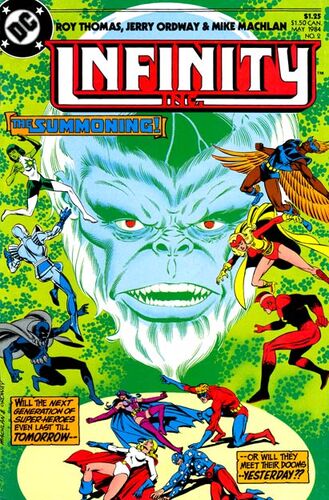 Synopsis for “Generations Part 2: A Gauntlet Hurled!”
Star-Spangled Kid organizes the six newcomers, himself, Power Girl, and the Huntress into a team he calls Infinity, Inc. Brainwave, Jr. breaks in to tell them that the Ultra-Humanite is at large, but he is felled by a mental attack of Ultra’s, and Jade, Obsidian, Nuklon, Fury, Northwind, and Silver Scarab are lured into a time machine which takes them back to 1942. Brainwave manages to hitch a ride. 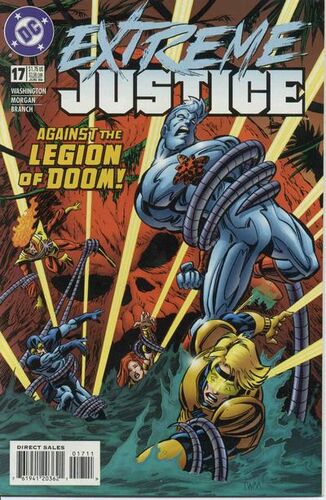 Synopsis for “Live Evil”
The team are attacked by Brainwave’s Legion of Doom, for no readily apparent reason. 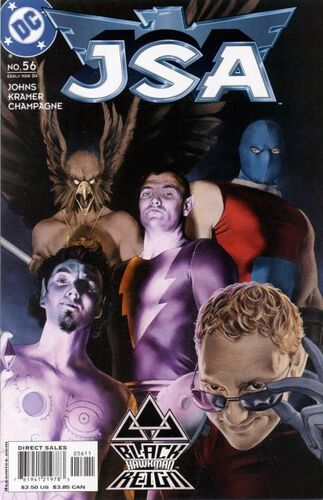 In Kahndaq, Black Adam leads a group of heroes he has assembled while in the Justice Society to overthrow the corrupt military government of Asim Muhunnad. 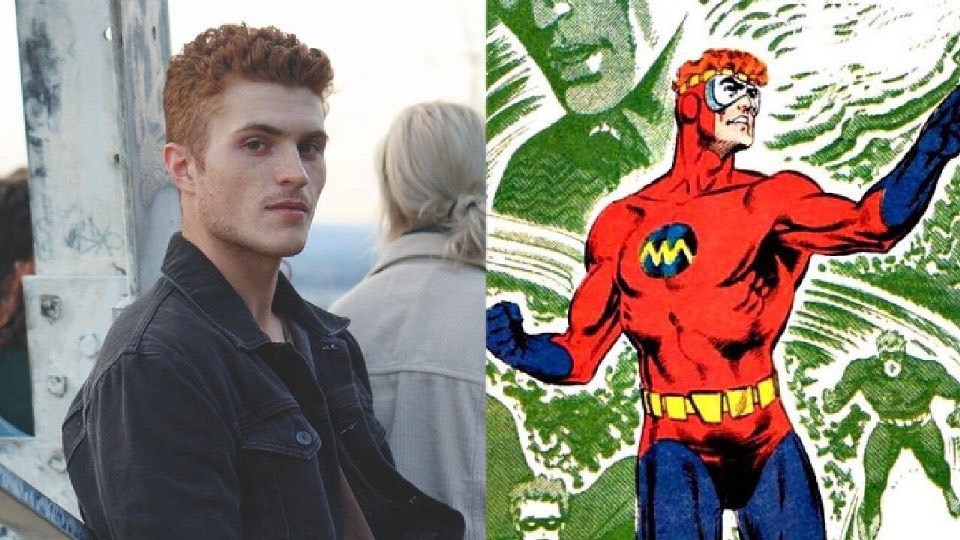 IMG_3127960×540 129 KB
Well for starters, in the comics all Brainwave Jr ever wanted to do was join the JSA and joined Infinity Inc. without hesitation, but if you have watched the newest episode you would know the TV Brainwave Jr is a lone wolf but everyone else wants him to join. Well actually their whole ideas of Heroes and Villains are different the comic version, gets really excited about being a Hero and wants to atone for the mistakes his father made. But in the TV show he thinks that Brainwave was right to kill people but he wouldn’t do it, because it’s stupid.
Now for some similarities. After the disbanding of the original Infinity Inc. Hank suffered a mental breakdown due to unresolved guilt issues over his villainous father’s death, he was pretty unhinged and didn’t act normal, he even led the Legion of Doom. In the TV after his Father’s supposed stroke Henry completely changed, he wouldn’t hang out with Cindy and he became a little unhinged like his comic counterpart. Also his relationship with Yolanda is similar to his relationship with Alan Scott’s daughter Jade. 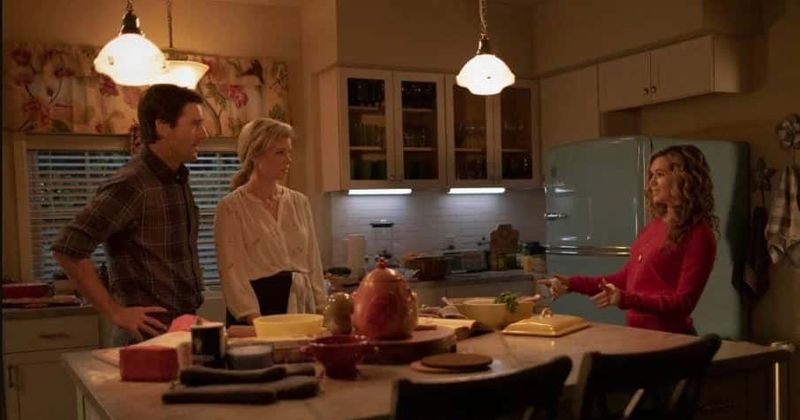 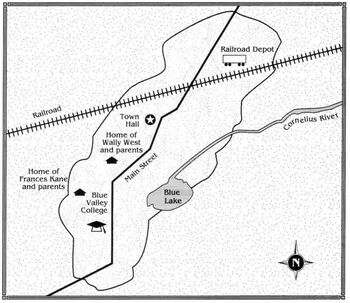 Want to know more about Blue Valley? Consult the Map along with this short story!

Blue Valley, located in the northeastern corner of Nebraska, 25 miles south of Sioux City, South Dakota, was founded in 1862 by Cornelius Blue, a settler from Connecticut. After the construction of a railroad line running through the valley twenty-five years later, the Blues sold their land to a developer. In 1903, Blue’s son founded Cornelius Blue University, which became a technical college in 1926 under a new name, Blue Valley College. The community’s economy is largely based on providing services for the college’s students.

See you next "Chimp’’ Challenge

Thanks for the overview of Brainwave. As an old-school Infinity, Inc. fan, I’m always happy to see the Infinitors get some love, as many of the team’s members (aside from Jade) seem to have fallen into comic book limbo.

You might already know this, but Hank’s red and blue costume was first worn (sort of) by his father, Henry King Sr. (the original Brainwave). In the late '70s revival of All-Star Comics, the elder Brainwave, who looked similar to Dr. Sivana, used an illusion to conceal his ugly appearance… and that illusion featured the red/blue costume with the “W” wave chest emblem.

The story occurred in All-Star Comics #58-59, both of which are available in the DCU library.

Also, Alex Jaffe (aka HubCityQuestion), just posted a nice overview of Infinity, Inc. in the News section of DCU. It’s well researched and well worth a read. 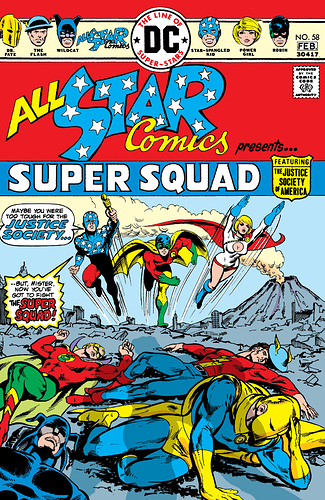 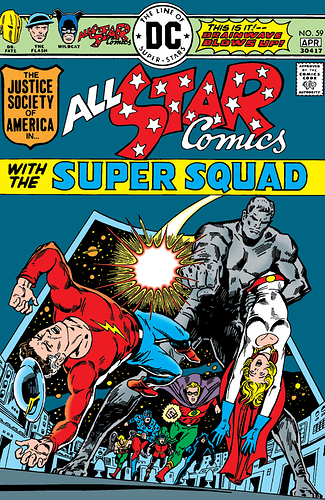 Thanks for the comments! Do you have any upcoming events you are looking forward to for future “Chimp” Challenges @Outside2Infinity