Here is a list of 25 characters from DC that are Tattooed. There is maybe a handful or more not included for various reasons such as only having one obscure appearance.

Superboy got a barcode Superman symbol tattoo in the New 52 TEEN TITANS series: 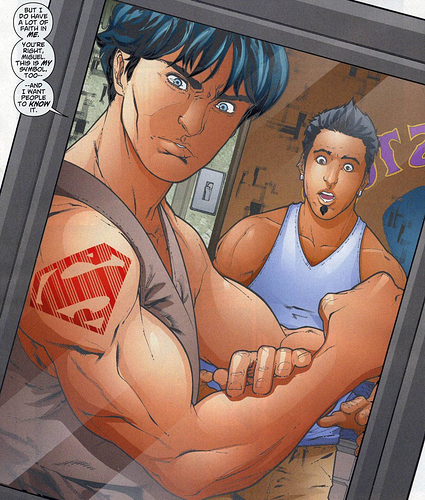 He can be seen rocking the same tat in Titans:

Really cool topic idea and such a thorough list! Thank you for sharing @IrishX!

In Geoff Johns’ TEEN TITANS #13, Raven gets a tattoo on her lower back of, well… a raven: 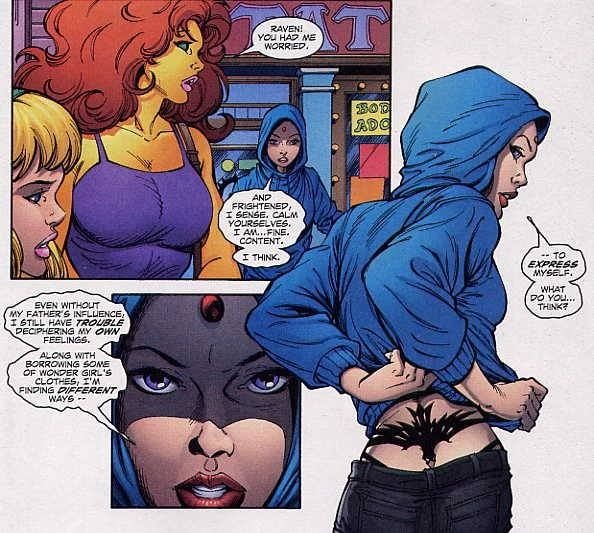 Does he still have it after N52? Like I said I left off certain ones for various reasons. I didn’t include Supergirl’s tattoo either because I feel like it’s not necessarily in canon.

That version of Superboy was a clone of an alternate future Jon Kent, so it’s technically a different Superboy than the modern one.

Prior to The New 52, Roy Harper had a Navajo tattoo around his left bicep. From The New 52 on, Roy had a scorpion with the word “Poison” written over it, a skull over a set of bow and arrows and a deer, and a snakelike creature with the word “Pesadilla” on it. See: RED HOOD AND THE OUTLAWS.

In Scott Snyder’s JUSTICE LEAGUE #14, John Stewart reveals he has a Green Lantern ring tattooed onto his finger. 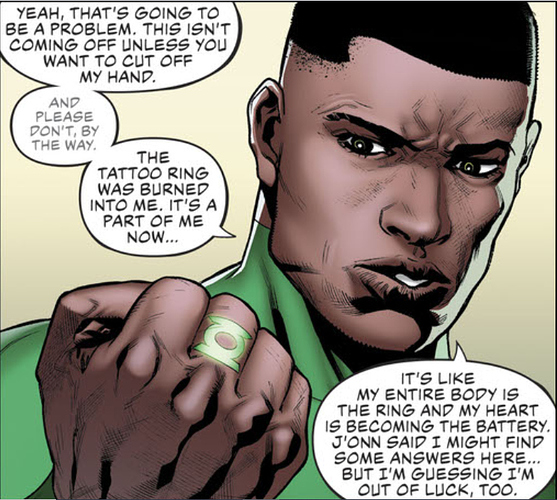 Of course, Oliver Queen had a number of mysterious scars and tattoos on TV’s Arrow, each of which were explored throughout the series. 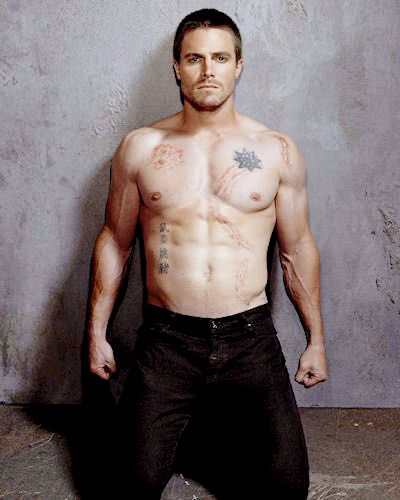 There are other characters. Batus, Thrice, Takeo Yamashiro, Desolation Jones, but I didn’t feel the need to include everyone. I didn’t want to make a list of 27 or 32 characters for example. In certain cases consistancy matters and I don’t feel showing a tattoo one time truly counts.

Sure, no disrespect meant to your initial list. It’s an impressive feat! I just thought we could all contribute by adding more ourselves.