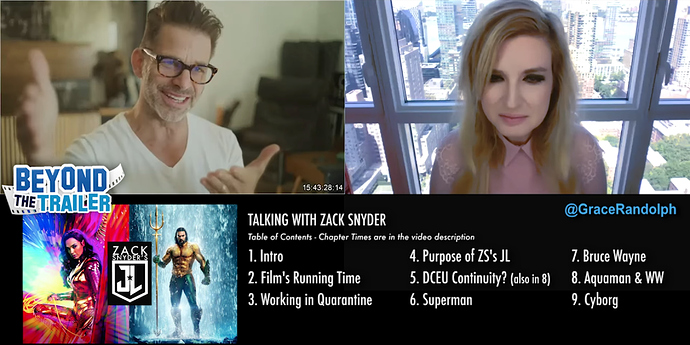 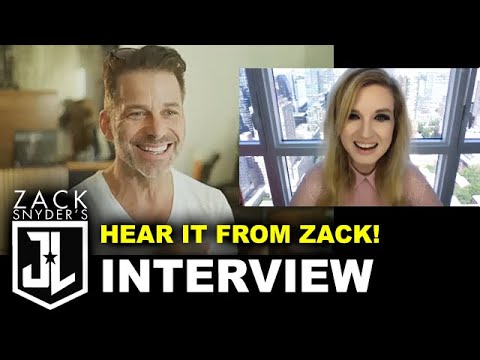 Beyond the Trailer interviewed Zack Snyder about his upcoming Justice League for HBO Max. He answers questions such as where his version of Justice League is in continuity with the current DCEU and hints at what we may see.

Zack also has a panel at Justice Con Saturday July 25th, 2020 @ 5:30 pm EDT where may bring a short clip and have another announcement.

Thank you for sharing! I didn’t even know there was a Justice Con coming up. And considering there isn’t much I wanted to see on the SDCC lineup, looks like I’ll be spending my time watching some Snyder-verse panels!

Thank you for sharing! I didn’t even know there was a Justice Con coming up.

You’re welcome! I didn’t know about Justice Con either until this interview.

Yep, Justice Con seems like it should be interesting – there’s also going to be a panel with Ray Porter, who will play Darkseid in ZSJL, and Ray Fisher, who of course played Cyborg in the movie. That second one could be especially interesting given some of the stuff he’s said in recent months.

That seems like a lot of fun! Ray has been such an advocate of the SC, he really deserves to get recognized by the fans that wanted the SC.

It’s going to be wild seeing Darkseid. Wonder if the clip they’ll show will be centered around him.

I’m not sure – we already got a good tease of him a month or so ago, and I think they might hold off a little to keep some of the surprise.

With Porter being there and Snyder talking about how his story and character was the “heart of the movie,” I could see a clip of that being part of it. 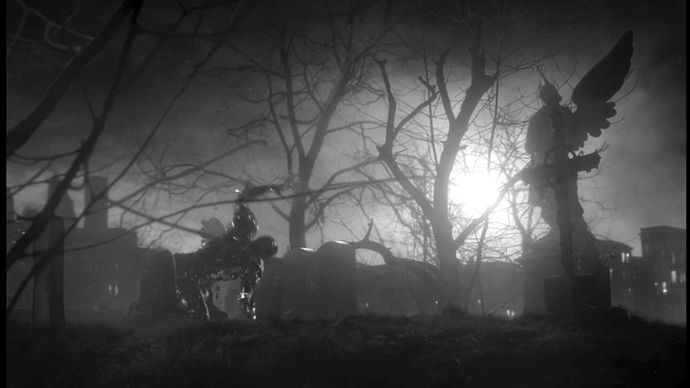 I’m so surprised he did it for Grace. She’s been horrible to him and his team since Man Of Steel! I’m
glad he looks so happy, Zack is my favorite director out there, he’s had a tough 4 years, he deserves to be happy and to be in the position he is now. I’m so hyped for Justice Con, that girls did a great video last week with what to expect, check their YouTube channel to watch it.

Can’t wait for Justice Con. It’s a con put on by fans for fans. If you want to know more go to @ya_girlmeg and @Thenerdqueens on Twitter they are the ones setting this whole thing up. They have the schedule and the links to watch all the panels

@Batfan95 Thanks for the info! Sounds like it will be pretty epic.

She’s been horrible to him and his team since Man Of Steel!

I don’t know that that’s entirely true. She’s one of the only ones covering comic book movies that stood up for BvS when it was released.

She absolutely slammed and insulted everyone who made Man Of Steel.

Oh, I don’t know about all of that. I’m only an occasional BTT viewer. Zack just seems like a forgiving person. He’s never bad-mouthed Warner Bros. or Geoff Johns, etc. despite what they did. That’s a really awesome quality to have.

Right? The week is going by pretty quickly. We won’t have long to wait, luckily

Yes, for sure. Everyone that has ever met him has had nothing but nice things to say, I’ve never heard a bad thing about him personally, the only bad thing I’ve ever heard is when people say negative things about his movies.

I love him, so happy he is getting his respect. He is after all the father of the modern dcu

He’s the father of modern Cinema. His style is his own and so forward thinking. This is why I honestly think the Snyder Cut became so big, it’s taken a while for people to adjust to his movies, even Christopher Nolan said he did Watchmen 10 years too early. It’s like a new style of music, people either love it, or hate it, but eventually once their ears have gotten trained to it, a large portion tend to love it, too.