Your thoughts/predictions on the Nw Matt Reeves' Batman?

So it’s been all but confirmed that Ben Affleck won’t be returning as Bruce in the new movie to be released in 2021. What do you guys think about this, and who would you like to see play a younger Bruce Wayne? Also, Mr. Reeves has said he wants to focus on a younger Bruce and his detective skills, as opposed to just the suited character, how do you think this will pan out?

Personally, Ben Affleck’s Batman for me was the most aesthetically pleasing and most closely resembled any of the live-action incarnations of the Caped Crusader but I understand the need to build a new story-line starting from a younger Bruce Wayne. 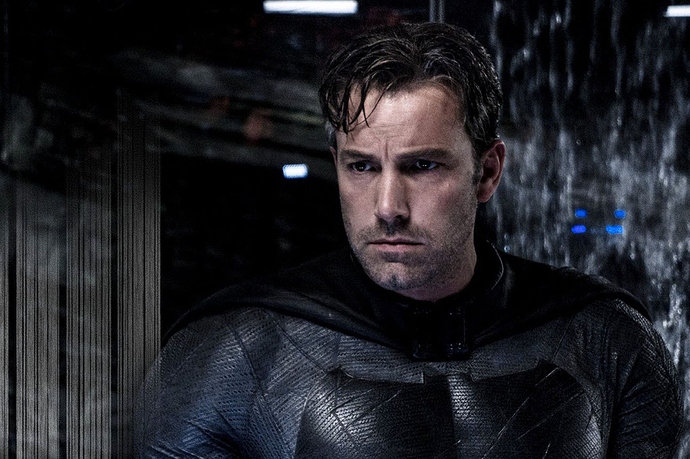 I can’t wait for Reeves’ take on the Dark Knight. I liked Ben as Batman/Bruce Wayne and tbh, I was a big skeptic when he was cast but he did a great job especially for what he was given, that said, I do feel that WB and Co. painted themselves into a corner casting him though. It was apparent that it’s difficult to have someone of Ben’s age keep playing Batman in possible future stand alone movies and possible teamup movies. So I’m happy with the direction Reeves’ is taking the character. I’m excited to finally see “The World’s Greatest Detective” in action and judging by what he did on Planet of the Apes, we could possibly be getting the best version of the Batcave yet.

Would like them to introduce Penguin, and a few of the other rogue’s gallery.

Ben Affleck is the best Batman we’ve seen. It’s very disheartening hearing this news that he’s supposedly out. This feels like a betrayal by the people in charge at WB.

@Redd_X, the notion that Affleck wouldn’t have been able to keep up with the role because of his age is so silly for more than a few reasons. Affleck’s not even that old. He’s ten years younger than Tom Cruise, for instance, who’s still churning out action movies. And no matter who’s cast as Batman, it’s going to be a stunt guy in the Batsuit doing the most physically demanding stuff anyway.

Ben Affleck was a great Batman but I agree that the DCEU needs a younger Batman if they want to do good stand alone movies. For justice league films they kind of shot themselves in the foot if Ben doesn’t play Batman tho. But we need a good Batman and Robin film in my opinion. Robin is such an important part of who Batman is and no one has touched that in decades. A good story with Dick Grayson as Robin is what I want to see. The possibilities from there are nothing short of incredible if done right. As for the 2021 film, I really hope we don’t get another Batman begins movie because that would just be so repetitive. If it’s gonna focus on the detective skills of the dark knight then the Riddler or Hugo Strange would be good villain choices as they were around when Batman was young.

I’m excited to see a new take on the character. The fact that he’s taking his time with the script has me optimistic that it’ll be a well written film, and not just another cash grab. But I’m not getting my hopes up until they announce their cast list.

Armie Hammer all the way.

Ben is out 100%. He has claimed as much himself on one of those talk shows. Letterman? I forget, just read an article. But here is the thing. The DCEU can be saved… we just completely ignore that Batman vs Superman, or Justice league Even happened. Don’t let Snyder touch another movie. Both wonderwoman movies take place in the past. Cyborg has yet to have his origin story. Aquaman had nothing to do with Justice league. They need to scrap that horrible flash costume, and get a new actor. The new Batman movies need to take place more in the past and show an aging Bruce. I would prefer if they brought in Damian Wayne. Isn’t there a Night wing solo in the works? So the Batman movies should show as much. Sorry fan girls, Dick has been done. To tie things in right, we should go to Jason and do that story. Then skip ahead and do Tim. Then Damian. That’s a lot of Robin’s though. Maybe just show Jason in flash backs. Or do a stand alone Redhood?
Lol what if they do a Robin movie, and it has all of them teaming up. Night wing, Redhood, Red Robin, and Damian.
They can take on more bat villans that they can’t fit into the bat movies. Actually forget movies, I want that to be a series.
How do you guys think the DCEU can be saved?

They need to introduce the sidekicks in dcu movies

I really wanna see more Batman than Bruce Wayne, and one more thing don’t show how he’s parents get kill, thank you

No, it wasn’t Letterman Affleck was on. Dave retired nearly four years ago from the broadcast TV scene (he’s on Netflix now). It was Jimmy Kimmel where he talked about hanging up the cape.

As for Reeves Bat-movie, I’m sure it’ll be good.