I introduce myself as Batman when ever I meet somebody for the first time which is usually met with a “okay buddy” kind of look which is then dismissed almost instantly as some random passerby shouts out “Hey Batman”. Which is my que to give that person the "I told you so " look.
True story.

Do you mean something comic book wise most don’t know or are you meaning tell us about our nerd-dom.

The character Green Arrow is based off the Actor/ Archer Howard Hill who portrayed Robin Hood in the 1938 movie. He was known as “The world greatest Archer” as he held many of the Guinness book of world Records. He was also known for his Trick arrow shots that sometimes can be seen in the comic books…as well as pay tribute to him in the book as Ollie gave his son Connor the Howard Hill bow that you see Connor used in his run in comics.

Now about my nerd-dom…Well I’m the biggest Green Arrow fan you ever meet. I been reading him since I was 7 so not much I don’t know about him. My son name is Connor Hawke as I named him after Ollie’s son…I also have a Rick and Morty Tattoo of them dressed in 66’ Batman and Robin coming out of a portal.

This exchange happened. Not only does Batman fail to come up with a decent alias, his suit changes colors. 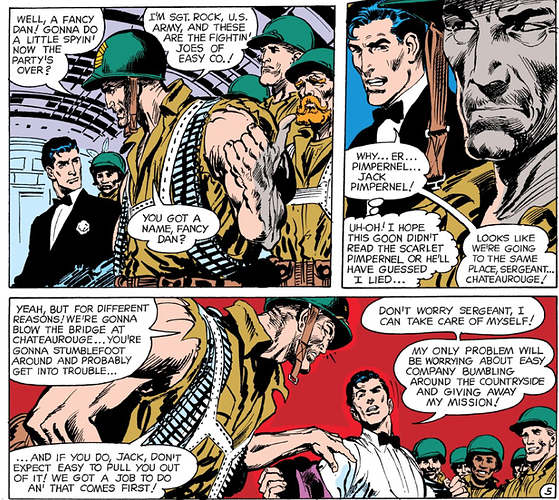 Clark Kent, Bruce Wayne, and Barry Allen all have the same tie. 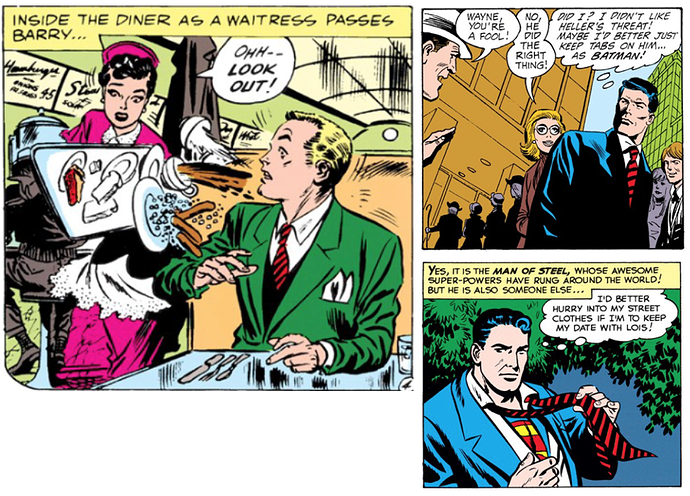 Clint Barton, Hawkeye, is the only character to be both a member of the Avengers and of the Justice League.

Idk. Im a nerd for caring. Idk what my nerdiest thing is.

There’s a DC superhero named Dogwelder. He’s affiliated with Section 8 in Gotham City. He never speaks and always wears a welder’s mask. Has a supply of dead dogs. He attacks evildoers and welds dogs to their faces.

Oh man! I got one. It’s a huge SPOILER. So don’t read on if you don’t want to ruin everything… but…

I think I know who Batman is… It might be…

And her middle name is Frances

Mr Freeze is My Absolute Favorite DC Character. He was first created in February 1959 appearing in Batman #121. However, he was originally named Mr Zero & wore a bright yellow jumpsuit with pink collar, boots & gloves. Also he was normal complextion, not gray /white like we are use to seeing today. It wasn’t till Batman '66 Adam West tv show he would be renamed Mr Freeze in his first appearance played by George Sanders. Also on that very Batman '66 series, starting with his second & into his 3rd appearance, the show changed his complextion to gray/ white giving us the name & look we are familiar with today. However, it wouldn’t be till Batman the animated series that we’d get the tragic backstory involving Nora Fries & Gothcorp. The Batman Animated Series also created the darker less pun giving Freeze we all prefer. I find it interesting that tv shaped this character more then the comics did, but no matter who is responsible I love seeing & reading anything with this character… Even Batman & Robin 1997 lol 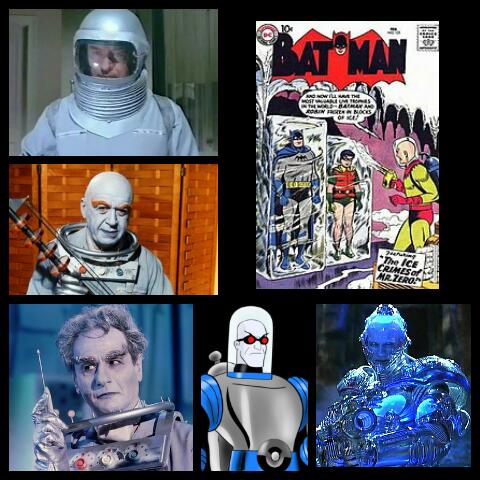 Just a bonus lol but did you know the first actor to play Mr Freeze in live action on Adam West’s Batman '66 was George Sanders. He was also the voice of Shere Kahn in the original Disney Cartoon Jungle Book. 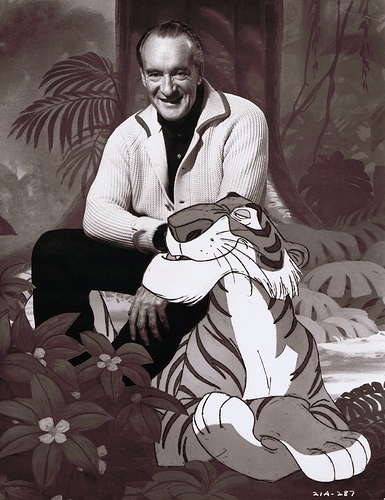 Dr. Freezes real name is spelled Fries but pronounced Frays. Harley & Ivy are both drs. Those are weak but I used all my good ones on things only DC fans know like; Harley’s hyenas are named Lou & Bud after Abbott & Costello, Jokers cell # in Arkham is 0801 referring to the letters H & A meaning HA, Flash & Supes never finish a race etc. I won’t use anymore cuz that’s double dealing.

Superman is 1 inch taller than Batman

Oliver Queen’s pull weight on his bow is 200 pounds. -C

I introduce myself as Batman over the phone to random strangers. Especially salespeople and robots!
Also the absorbascon can download all knowledge from a planet and that’s how Hawkman and Hawkgirl originally learned English.

Bane said he wanted to marry Poison Ivy once. He didn’t.